Despite concerns at the beginning of his NFL career, Arizona Cardinals quarterback Kyler Murray has silence critics about his height and has led the Cardinals to a 6-0 start this season. (Photo by Nick Cammett/Getty Images) 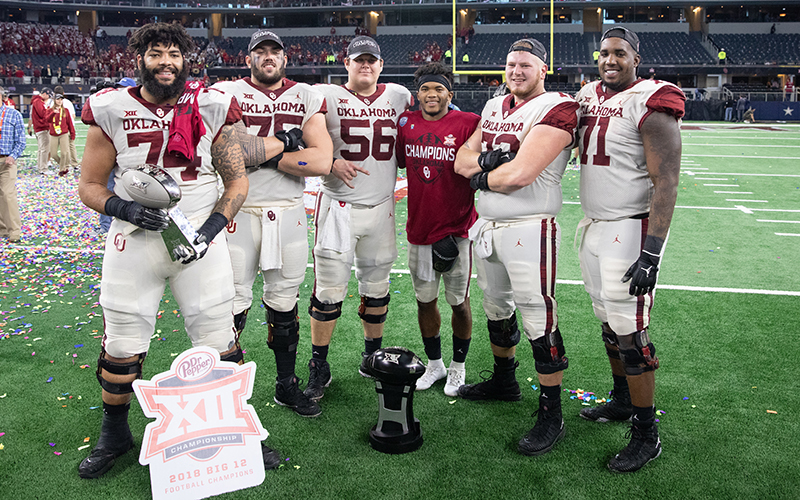 Although many NFL players, especially offensive linemen, tend to make Murray look diminutive, he has shown the NFL that even 5-foot-10 quarterbacks can make read offenses just fine. (Photo by Matthew Visinsky/Icon Sportswire via Getty Images)

PHOENIX – With another dominant victory Sunday, the Cardinals moved to 6-0 for the first time since 1974, beat the Cleveland Browns and laid to rest any lingering questions about quarterback Kyler Murray’s ability to come up big in the NFL.

There never was a question about Murray’s dynamic talent after he won the Heisman Trophy at Oklahoma and the Cardinals made him the No. 1 overall pick of the 2019 NFL Draft.

The only question was whether Murray, at 5 feet, 10 ⅛ inches, could translate that talent to the NFL level.

He threw for 229 yards and four touchdowns against the Browns, despite playing without coach Kliff Kingsbury and quarterback coach Cam Turner on the sideline because of COVID-19 protocols.

With the performance, Murray’s MVP-level resume continues to grow while any remaining doubt about his ability to be the Cardinals’ franchise quarterback shrinks.

Now in his third NFL season, Murray has completed 73.8 percent of his passes, best in the NFL among quarterbacks with more than 50 attempts. He has thrown for 14 touchdowns, which ranks fifth, and has run for 544 yards and four more scores.

A dual-sport athlete at Oklahoma, Murray was drafted ninth overall in the MLB Draft by the Oakland Athletics in 2018. He planned on pursuing a professional career in baseball, but a Heisman-winning campaign in 2018 turned his attention to football full-time.

At the combine before the 2019 draft, the attention on Murray wasn’t about his workout, it was about his height. He came in at 5-10 ⅛, which raised some questions in front offices around the league.

The Cardinals were confident enough in Murray to select him first overall, just one year after taking UCLA’s Josh Rosen 10th overall.

After his debut in 2019, a 27-27 tie against the Detroit Lions, those questions persisted, as Murray had three passes tipped at the line of scrimmage.

“It’s the height. It really is,” Buerelein said. “It’s a question. Until you see a body of work that can eliminate that as an issue, it’s going to be a question mark in my head, and I think in a lot of people’s heads.”

ESPN’s Stephen A. Smith echoed those concerns after Murray’s debut.

“I have questions about his height in the pocket throwing over opposing defensive linemen. I definitely have an issue with that, no question,” Smith said.

Turns out Murray didn’t have an issue with it.

Over the last two seasons and so far in 2021, Murray’s talent has won over the critics – and won games for the Cardinals as the league’s tradition of larger, more pocket-happy quarterbacks has begun to shift toward shifty dual-threat quarterbacks.

After the Cardinals’ 20-17 loss to the New England Patriots in November, the Boston Globe’s Ben Volin wrote that Murray was erasing doubts about a quarterback’s height in this era of football.

And Patriots defensive back Jason McCourty, now with the Miami Dolphins, took notice.

“He might not be the ideal size of a quarterback, but he can do everything any other quarterback can do,” McCourty told Volin at the time. “He continues to break the mold and break down any doubts or any naysayers that have talked about him throughout his career.”

After Sunday’s win in Cleveland, Browns defensive back Denzel Ward mentioned Murray’s ability to extend plays, something that he has in common with other top young gunslingers.

“Besides being able to throw the ball and make every throw on the field, he is able to extend plays and run out of the pocket while still finding his guys down the field. He is a dual-threat quarterback, and he played a good game,” Ward said.

Murray is not the first shorter quarterback to have success, as both former Saints quarterback Drew Brees (6-0) and Seattle’s Russell Wilson (5-10 ⅝) both have Super Bowl rings.

Murray hasn’t reached that pinnacle yet in his career, but the Cards are 6-0 and Murray’s ability to lead the Cardinals to a win on the road against the Browns after a hectic week that included the COVID outbreak is just another sign of Murray’s development as a player and leader.

“It was a tough week. But our team leaders and our coaches all responded the right way,” defensive coordinator Vance Joseph told reporters Monday. “The guys were focused, they played hard, they played fast and it was a fun game to watch the guys play.”

And one of them came up bigger than anybody.