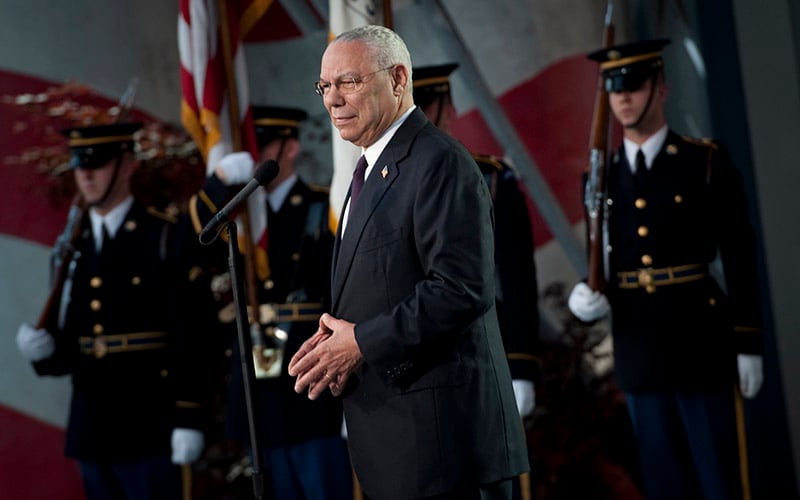 WASHINGTON – Arizona politicians from both sides of the aisle praised former Secretary of State Colin Powell as a dedicated public servant who will inspire “generations of Americans,” but who also leaves behind a mixed legacy.

Powell, 84, who had battled blood cancer for years, died Monday from COVID-19-related complications. A four-star general in the Army, he was the first Black chairman of the Joint Chiefs of Staff and the first Black secretary of state, serving under both Republican and Democratic presidents.

Praise poured in from all corners, with most like Sen. Kyrsten Sinema, D-Ariz., who said Powell “represented the best of America.”

“As a soldier, diplomat, and dedicated public servant, General Powell put our country before political partisanship and worked every day to make it a stronger and safer place,” Sinema said in a statement shared on Twitter.

But others tempered their praise by pointing to Powell’s 2003 speech to the United Nations insisting that Iraq had weapons of mass destruction, which was an important step toward the war against that country.

Brooks Simpson, a Foundation Professor of History at Arizona State University, said it was Powell who set the policy that came to be known as the Powell Doctrine, which said the U.S. should not go to war without a well-defined threat to national security, support from the public and sufficient forces to carry out the mission.

“He violated that very doctrine when he advised the United States to invade Iraq,” Simpson said. “Powell himself realized that it was a major mistake on his part, he should have gone ahead and stayed with his instincts.” 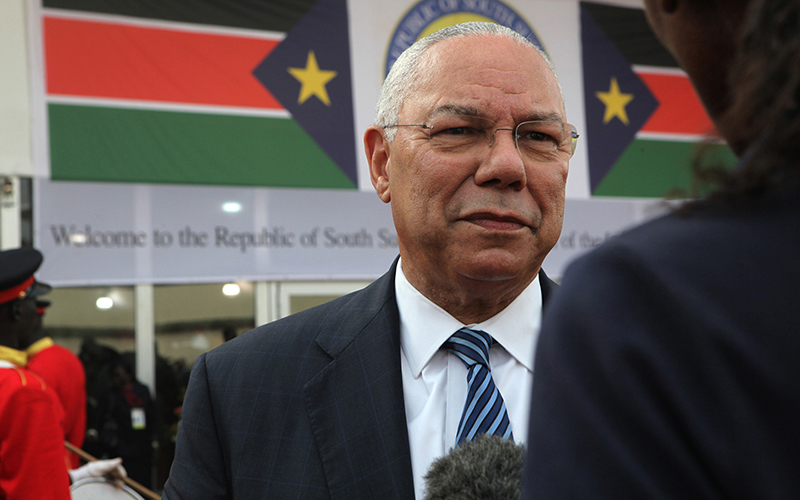 Former Secretary of State Colin Powell at a 2011 event for South Sudan’s independence day. Analysts say Powell’s otherwise stellar legacy will be tainted by his 2003 United Nations speech in the run-up to war in Iraq. (Photo by Jenn Warren/U.S. State Department)

But Simpson called that the “one simple failure” that marred an otherwise exemplary record, that ranged from tours in Vietnam to being mentioned as a possible presidential candidate in the 1990s – and getting three Electoral College votes for president in 2016.

Powell, the son of Jamaican immigrants, was raised in New York City and attended the City College of New York as a ROTC candidate. He was “not a West Pointer,” which made his rise in the Army that much more remarkable, Simpson said.

“ROTC is a fine way to be an officer, or maybe even a general, but you would never imagine that a ROTC graduate would become a chair of the Joint Chiefs of Staff,” Simpson said Monday.

President Joe Biden said Monday that while he was a senator he worked with Powell as national security adviser, joint chiefs chairman and secretary of state and said that Powell “embodied the highest ideals of both warrior and diplomat.”

This was echoed by Sen. Mark Kelly, D-Ariz., who said Powell “spent his life serving our country.”

“He was an example of solid leadership for generations of servicemembers, including myself,” said Kelly, a Navy veteran.

“He had a steadfast commitment to America and our national security,” Ducey tweeted, before listing all of Powell’s roles in government service.

“His successes include his rise to high command rank and chair of the Joint Chiefs of Staff in 1989, later the first African American to serve as secretary of state between 2001 and 2005, and he’ll be remembered for his wise military service during the first Gulf War,” Simpson said.

In the military, he said, Powell was a highly respected, well-liked commander, who was a “sort of a golden boy in American politics and in American military, until his unfortunate tenure as secretary of state.”

“Powell will be remembered as someone who was in the ‘Hall of Very Good,’ he would have been in the ‘Hall of Great’ … until the events of his tenure as secretary of state,” Simpson said.