The sports trading card market thrived during the pandemic. In Arizona, the success of professional teams has created high demand for cards of their star athletes. (Photo by Nicolas Asfouri/AFP via Getty Images) 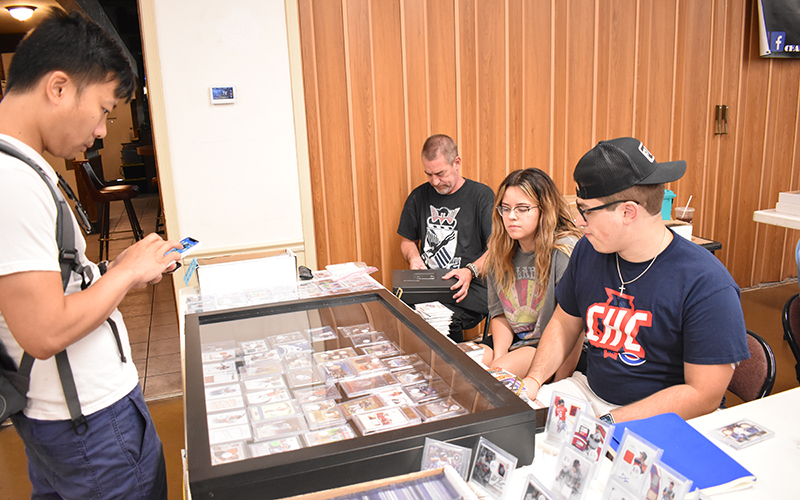 Michael Bushnick (right) and his father, Korey, are among those who sell the cards of Arizona star players at local shows. (Photo by Nick Zeller-Singh/Cronkite News)

CHANDLER – When the global COVID-19 pandemic forced many people to remain at home, millions of dollars began flowing into the sports trading card industry as fans looked for creative ways to pass time.

Some of these high-priced cards are coming to the desert as young stars emerge. An unexpected Phoenix Suns run to the NBA Finals led by Devin Booker and Chris Paul, and a quick 3-0 start to the season by quarterback Kyler Murray and the Arizona Cardinals have fueled the demand for cards featuring local stars. 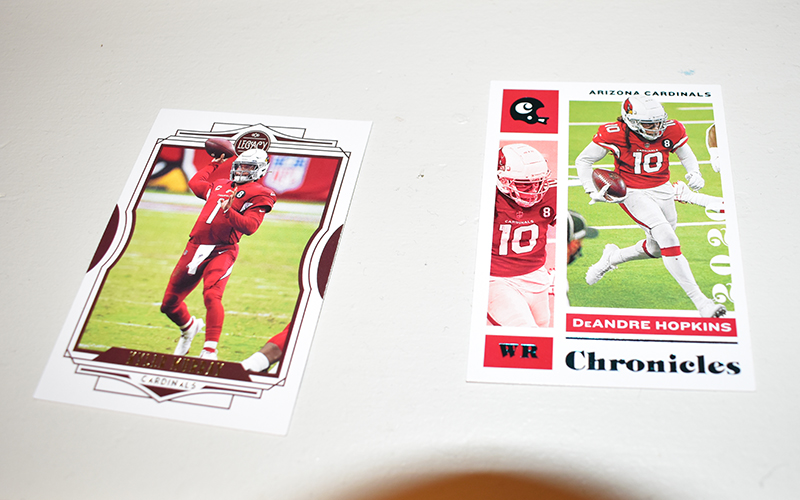 With the Arizona Cardinals starting 3-0 this season, the prices of cards featuring Kyler Murray and DeAndre Hopkins have been skyrocketing. (Photo by Nick Zeller-Singh/Cronkite News)

Murray’s Panini Prizm’s rookie card has fluctuated from $30-$200 on eBay and $1,500 on Check Out My Cards. His star teammates, DeAndre Hopkins and JJ Watt, have seen their Panini cards soar to $400 on the same sites.

In the eBay market, 2015-16 Panini National Treasure basketball cards are the most actively traded cards. Although several of these cards have sold for over $4,000, Booker’s card is still affordable, yet rising steadily.

Although Deandre Ayton is not in the spotlight as much as the Suns’ backcourt, his card has jumped up to $4,000 on Check Out My Cards.

As prices are rising on Arizona athletes, the excitement has returned to sports collectors in the desert.

“It’s a thrill because it’s like fantasy football and fantasy baseball,” sports card collector Michael Bushnick said. “It gets things more exciting because if a player does well and you have that card, you say, ‘Wow, what is this card going for?’ It’s literally like gambling. You have to take your chances.”

Since the thrill of sports cards has returned in Arizona, local card show dealers have seen the market grow.

“Arizona is a decently big state and there are usually shows every Saturday,” said Matthew Plouffe, owner of The Hit Hunters, an online store. “When the hometown teams are doing well, it does help the sports card market in Arizona because people tend to collect their hometown teams.” 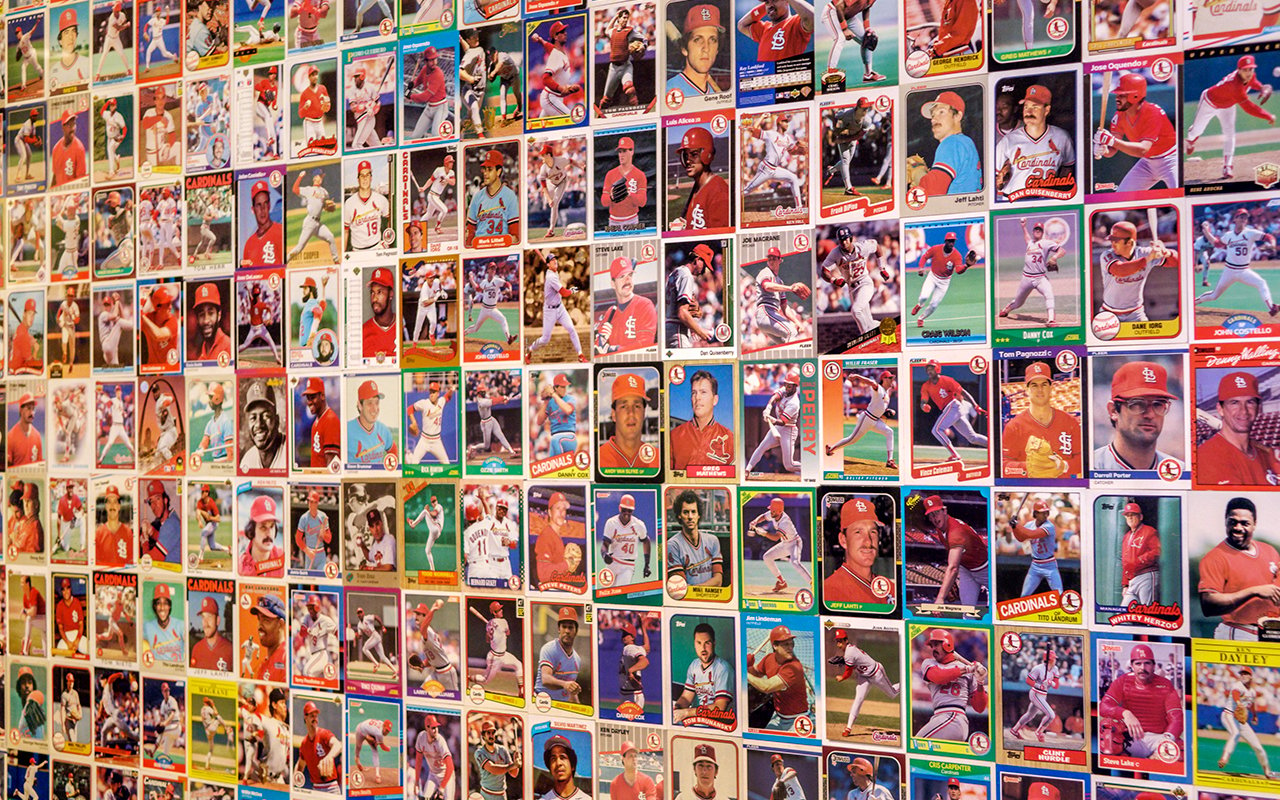 Bushnick and his father, Korey, agree.

“The Arizona sports scene is coming up really big right now,” Michael said. “Arizona sports has always been troubling, but they are starting to be on the rise.”

Although the young stars on the rise lead to a larger market, it can also lead to more questions for dealers. Like any investment, the value of trading cards can move up or down quickly. Timing is everything for collectors and dealers.

“It’s hard to sell them because you have the big question: ‘Do I keep it to see if they do better because their card value will go up?’” Michael said. “But, at the same time, if they are doing amazing right now, their card value is at their peak. But will it start tanking?”

That is one of the toughest questions to answer within the sports card market. However, if Arizona teams continue to push for titles, sports collectors like Plouffe and the Bushnicks believe the market for cards featuring hometown heroes will only continue to grow.

“If there was not any interest, this would not be happening,” Plouffe said. “Arizona has a really good interest. Arizona has the potential to be on top of the card-tier list. It’s just a matter of time.”