PHOENIX – A local restaurateur or entrepreneur could breathe a second life into a historic firehouse just south of Margaret T. Hance Park and the Burton Barr Central Library.

The former Phoenix Fire Station No. 4, which opened on First Street in 1922, hasn’t been an active fire station for 40 years but has remained under the city’s ownership. In July, the city announced its plan to lease the building to a small business, preferably a full-service restaurant.

“Through that master plan, as well as our community outreach, it was really determined that great use for this building would be to turn it into a full-service restaurant that really helps to activate the park and those people here,” said Xandon Keating, deputy director of economic development for the city.

The city revealed the master plan to revitalize 32-acre Margaret T. Hance Park in 2014 in partnership with Phoenix Community Alliance and Hance Park Conservancy. After refining the master plan in 2016, an economic impact report was conducted to show that the revitalization project could benefit the surrounding community and produce more than $1.2 billion in net new earnings over 30 years.

An old and new look at Phoenix Fire Station No. 4, which opened in 1922 and was remodeled in 1951. It was deactivated in the early 1980s. (Left photo courtesy of Phoenix; right photo by Kasey Brammell/Cronkite News)

The city expects to issue an official request for proposals in October. The ideal tenant is a small business proprietor of 100 or fewer employees that has experience with an adaptive-reuse development within the past five years and has operated a full-service restaurant for at least five years.

On Sept. 1, the firehouse doors were opened to potential tenants to get a better sense of how their ideas would look in the 24,291-square-foot site, including the truck bay with roll-up doors on the east and west sides of the building, garden space and the tower that once was used to dry fire hoses.

The building requires repairs and renovations to serve as a restaurant. Some of the walls have damage, parts of the ceiling are open, windows are broken and some structural repairs are needed.

Aaron Schofield and Kylee Roberts, owners of Luana’s Coffee & Beer near Central Avenue and McDowell Road, were among the more than two dozen people who toured the building. They said they wanted any potential new business to maintain the energy and community of Luana’s. 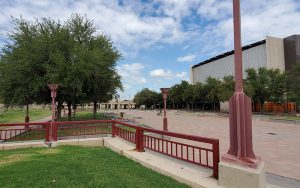 Finding a business to occupy the firehouse is part of the city’s plan to revitalize Margaret T. Hance Park, which sits atop Interstate 10 as it slices through central Phoenix. (Photo by Kasey Brammell/Cronkite News)

Schofield wasn’t ready to submit a proposal, but said he and Roberts have a vision for its potential community impact.

“We are going to be doing everything we can to tie in some partners into this idea with us and give this space a following, a loyal following in the neighborhood and revitalize the area,” he said.

Interested parties will have an opportunity to present their ideas for the firehouse to other small businesses and potential partners on Tuesday, Sept. 14, before the officials call for proposals. 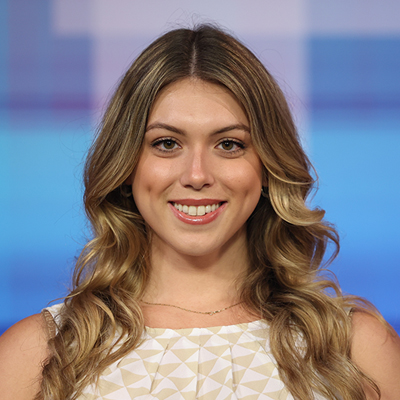 Sydney Witte expects to graduate in May 2023 with a bachelor’s degree in journalism and a minor in communication. Witte, who intends to pursue a master’s in mass communication, has interned with the digital and broadcast division of Arizona PBS.