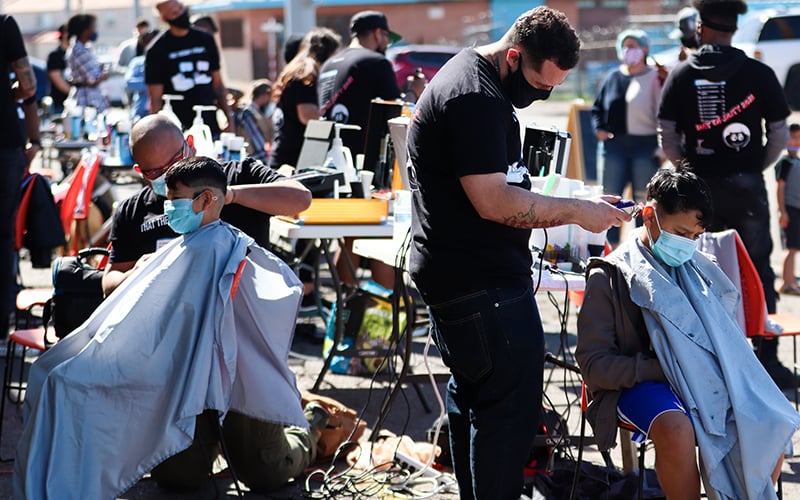 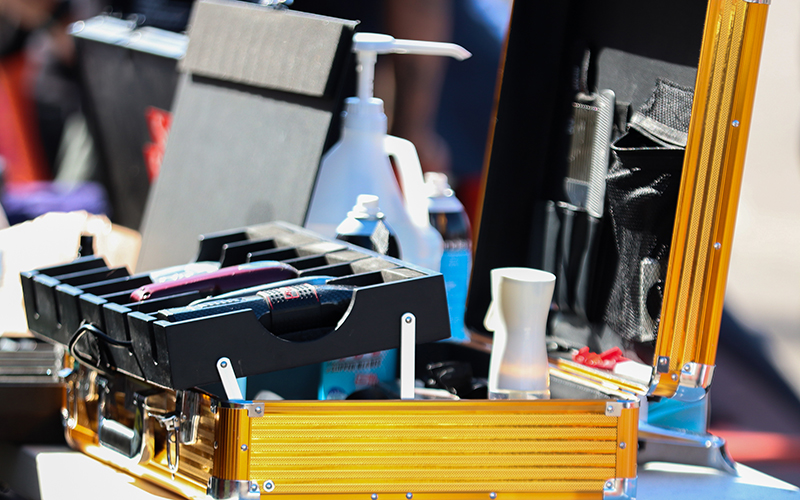 Clippers and shears lie on the table during ClipDart’s Day of Duty on Feb. 16 in downtown Phoenix. The event’s organizers say these tools build self-esteem while ensuring a clean cut. (Photo by Marlee Smith/Cronkite News) 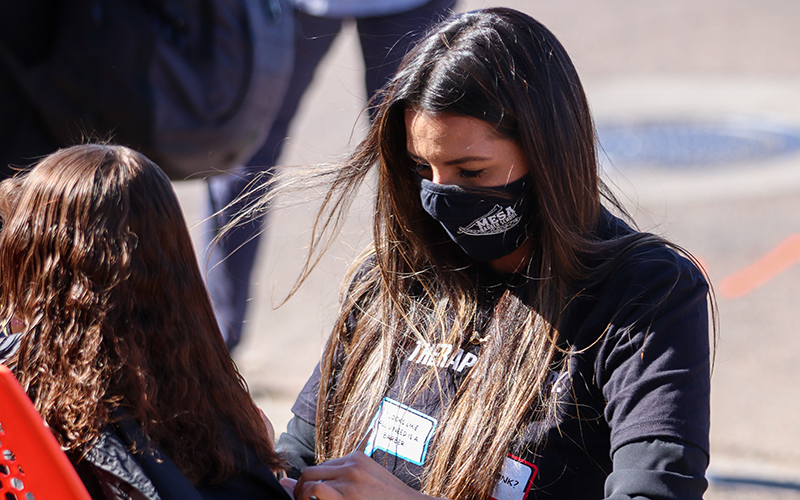 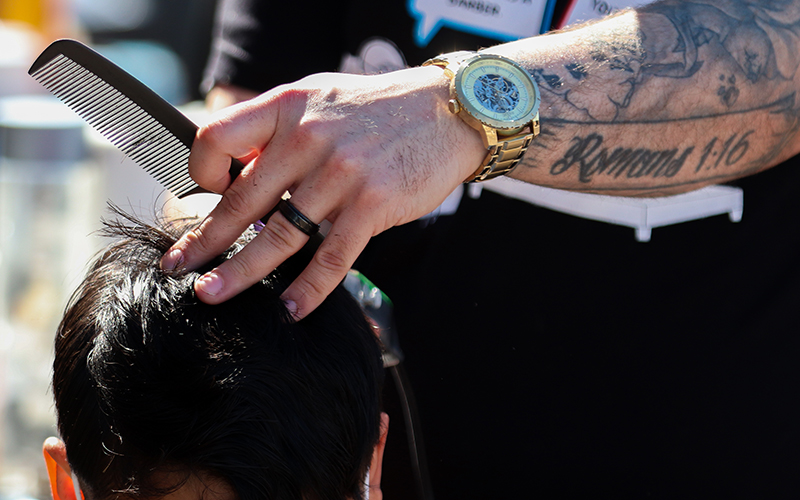 The first came during his years visiting barbershops on the south side of Chicago, where he grew up. For 18 years, he took haircuts for granted.

“Growing up in southside Chicago as an African-American, we really go to our barber every two, 2½ weeks, so you really develop a relationship with this barber,” Parker said. Barbers “become a mentor, they become a therapist in a sense and they really become pillars of your community – especially in the city where I lived, there’s really a safe haven.”

The second experience came years later, as a student-athlete at Grinnell College in central Iowa from 2013 to 2016. Same need for a cut, but a different place and a new difficulty. There wasn’t a barber in town who could properly cut a Black man’s hair.

“This is when I really realized how (important) barbers and hairstylists are to one’s mental health – ‘You look good, you feel good,’” Parker said. “I felt like for three years I never really looked my best…. It really took a toll on me, knowing that my white counterparts at the school could just go across the street and get a haircut that they felt comfortable with, or that they felt at home with.”

The issue is common, as expressed in a 2018 Reddit thread in which a poster bemoaned the difficulties of his quest for quality service, and a master barber advises how to avoid common mistakes.

Parker’s path to entrepreneurship has taken him from Chicago to Iowa to Arizona, to a website-based business to an app, ClipDart, he expects to launch by late fall. As with any business, ClipDart faces competition and odds – fewer than 2 in 10 U.S. businesses were minority owned as of 2018, according to Census data. 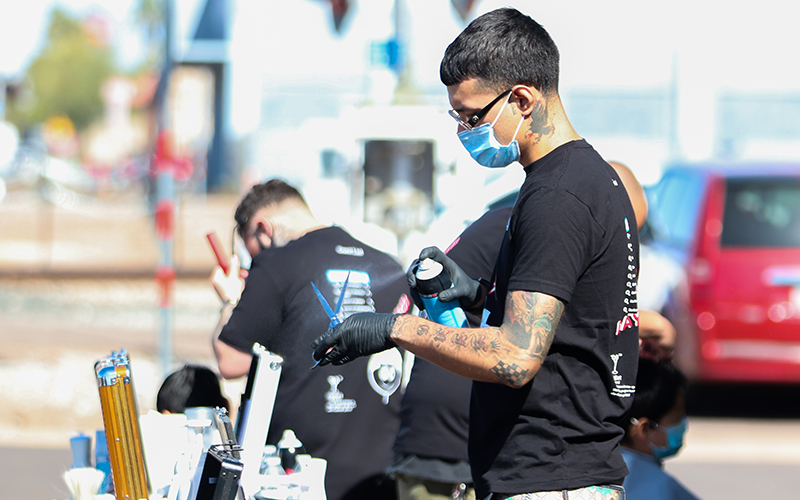 Snipping the way to ownership

The foundation of Parker’s business took root in Grinnell, which is home to about 9,000 people, 3.7% of them Black, according to the Census.

“The three ways I was going to get a haircut,” he recalled, “I was either going to the Caucasian lady in town who was doing the best that she could, but every time I went into the barber shop I could tell that she didn’t want me there, that she didn’t know what to do.”

The second way was to have a basketball teammate do the cut, the third was to drive 90 miles west to Des Moines, the nearest big city.

After surveying Black and Latino first-year students who confirmed a need for barbers and hairstylists, Parker came up with an idea: He brought his barber over from Des Moines on weekends to cut students’ hair at the college.

ClipDart is based on that earlier model – a network of barbers and hairstylists who can come to the client. That approach is especially useful during the COVID-19 pandemic, he said.

“In a time like this, with the coronavirus outbreak, this is a good time for barbers to continue to do what they love – outside of the shop, if their shop is shut down, or if something besides the coronavirus happens to the shop,” Parker said. “It’s a great way for them to continue to do what they love and not take other occupations that aren’t really their interest.”

ClipDart approaches hairstyles and haircuts as a window into mental health, and it partners with colleges and other organizations to offer free or reduced rate cuts.

On one Saturday this spring in downtown Phoenix, a half-dozen people got free haircuts outside Nourish Phoenix, which provides emergency food and essential services to those in need. 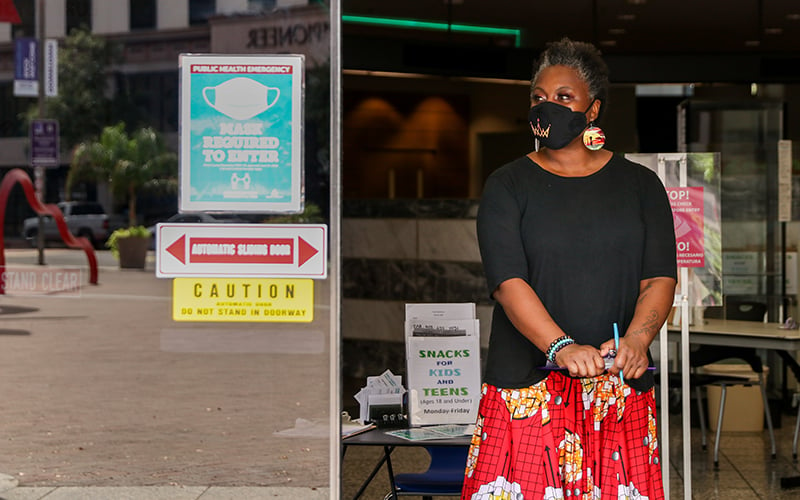 “We care enough to give the same quality and service whether we are getting paid or not because at the end of the day without a village you can’t have a community and without a community you can’t have success,” said Andrés Perez, a barber and ClipDart co-founder, as he watched the scene.

Alma Leal, a retired social worker, said it was wonderful to get a haircut after being cooped up during the pandemic.

Perez said helping others feel good is at the center of his business.

“We care for our community, whether we’re giving free haircuts or we’re giving out haircuts (other) people are paying for,” he said, adding that customers can come from any demographic.

“Just like any business, everybody is welcome, but we do have a target minority simply because of how much hair is part of our culture,” Perez said.

The ClipDart team is focusing the business in the Phoenix area and Tucson, although they would like to bring the service across the country through the app.

“If another market flourishes with ClipDart other than Arizona, our team is flexible where we focus our attention,” Parker said.

The business is implementing feedback from a pre-launch of the app and plans for it to be available within the next couple of months. 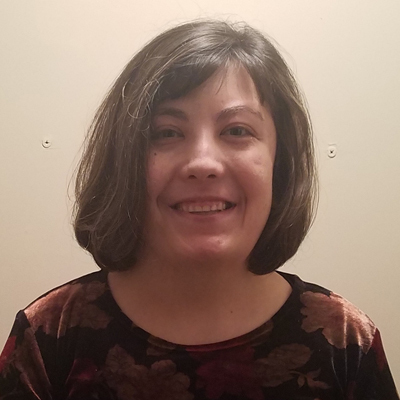