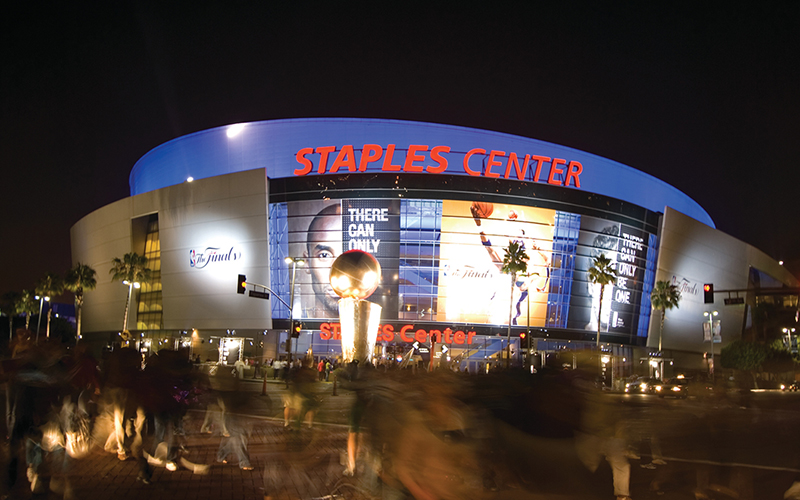 Laker fans will return to Staples Center for Game 3 of the NBA playoffs Thursday. (Photo courtesy of NBA)

LOS ANGELES – The reigning champion Los Angeles Lakers are not only facing the number two seed Phoenix Suns in the first round of the NBA playoffs, but they’re also facing their own lack of on-court experience.

After their 99-90 Game 1 loss in Phoenix on Sunday, the problem was obvious. The chemistry within their starting lineup just wasn’t there.

“It’s something that we’re kinda just throwing out there with little time and little experience,” Andre Drummond told reporters in a news conference on Monday. The Lakers starting lineup has only played five games together this season.

The starting center added 15 points and 12 rebounds in Game 2, and credited better teamwork for the Lakers 109-102 Game 2 victory. 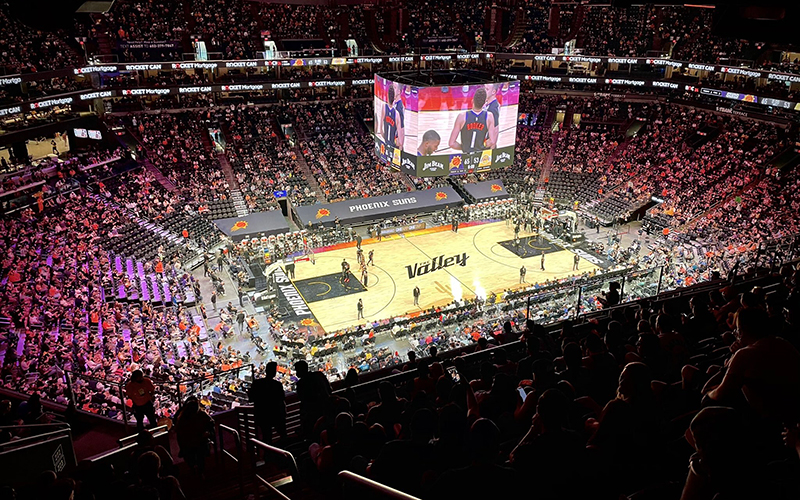 As team embarks on Game 2, it remains atop Phoenix sports hierarchy

“Today was a very good day for us,” Drummond told reporters in the post-game conference after Game 2 on Tuesday. “I think we’re starting to find ourselves little by little. Defensively we are starting to be all on one string. Offensively we’re finding ways to get everyone involved.”

That wasn’t the only thing that changed in Game 2. Lakers Head Coach Frank Vogel made a rotation adjustment to give Center Marc Gasol his first minutes of the series.

“I decided in Game 1, not to use that lineup,” Vogel told reporters in a news conference on Monday. “I have confidence in all three of our centers and AD at the five. So if I don’t go to a certain player or certain lineup, a lot of times it’s not because of that player, it’s just confidence in another player.”

The Lakers face the challenge of the sheer amount of new faces on the team this year. With the offseason additions of Dennis Schröder, Wesley Matthews, Montrezl Harrell, Marc Gasol, Alfonzo McKinnie and Talen Horton-Tucker, along with the mid-season acquisitions of Andre Drummond and Ben McLemore, Vogel’s work has been cut out for him when it comes to forming lineups and rotations.

“We’ve been doing that all season, like learning on the fly,” said Kentavious Caldwell-Pope in a news conference Monday, who is now a team veteran having played with the Lakers since 2017.

The development of new players alongside the team’s top talent has been delayed by long term injuries. LeBron James missed 26 of the last 30 games with an ankle sprain. Anthony Davis missed 35 of their 71 games this season. Both are now ready to go for the playoffs, however this means the on-court chemistry is something that continues to be built.

“I would say this season has been more challenging than last season,” Vogel told reporters in a news conference on Monday.

Lakers fans celebrated in the streets of Los Angeles Oct. 11, 2020, despite COVID-19 restrictions, after the team won the last NBA championship. On Thursday, fans will be allowed to watch Game 3 from inside Staples Center. (Photos courtesy of Daniel Makar)

With the series tied at one game apiece going to Staples Center for the first time this postseason, James is excited to play in his first home playoff game “in front of the Laker faithful.”

“It’s what I came here for, to be able to play a playoff game in front of the Laker faithful,” James told reporters after Game 2 Tuesday.

James and the Lakers will get that first playoff game at home at Staples Center Thursday for Game 3 at 7 p.m. (PST).