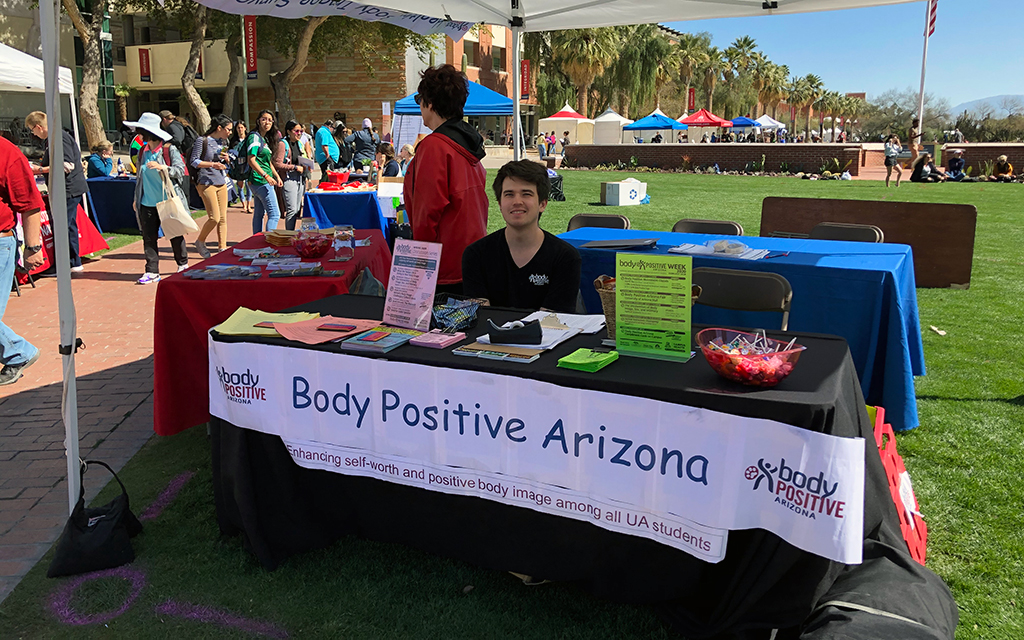 Each year, Body Positive Arizona sees more people interested in joining. “I think there is starting to be this recognition and movement of diversity and celebrating diverse bodies,” says Lisa MacDonald, the program’s director. (Photo courtesy of Lisa MacDonald/University of Arizona) 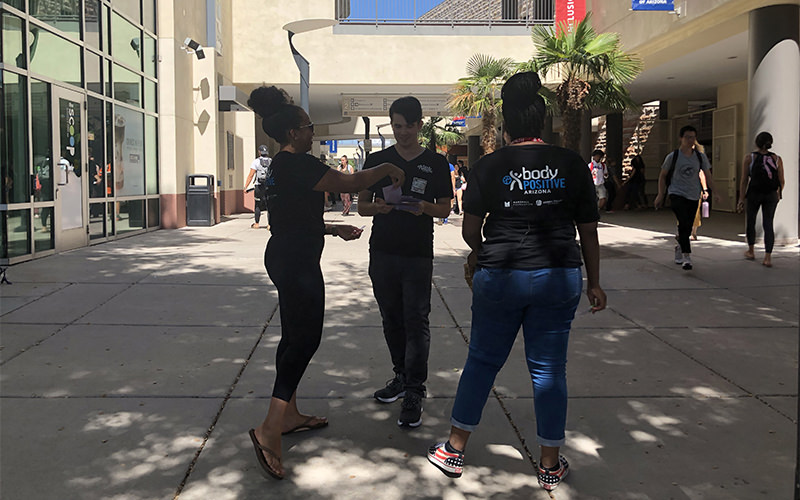 Before the pandemic, Body Positive Arizona members handed out compliment cards on the UArizona campus. The group hopes to resume those efforts soon. (Photo courtesy of Lisa MacDonald/University of Arizona)

PHOENIX – Beyond the physical toll of COVID-19, many are facing pandemic-related mental health challenges, including the way they view themselves and their bodies.

“COVID has brought a lot of powerlessness and grief to people,” she said, “so stress, anxiety – all of these are emotional issues around COVID and we tend to focus on external ways of coping when we are under emotional distress.”

A recent study in the United Kingdom found that fears around COVID-19, as well as the consequences of restrictions mandated to curb the spread of the coronavirus that causes the disease, could be contributing to a number of serious mental health issues – including eating disorders.

The research, published in the journal Personality and Individual Differences, surveyed 506 adults in the U.K., with an average age of 34.

Wasserbauer said one coping mechanism many people resort to is food for comfort, shutting down and not exercising. The other, she said, is overexercising, starving oneself and anorexia.

A survey of U.S. and Netherlands residents found 62% of people with anorexia experienced a worsening of symptoms as the pandemic hit last spring. The survey, published in July in the International Journal of Eating Disorders, also found nearly a third of those surveyed with binge-eating disorder, which is far more common, reported an increase in episodes.

Pressure to lose weight or improve appearances increased during lockdowns. With gyms shut down, the online fitness industry boomed.

“The mirage of the quarantine ‘glow-up’ on social media and the expectation about taking the time to change your nutrition and exercise to make a different body for yourself put a lot of pressure on people,” said Lisa MacDonald, a nutrition specialist at University of Arizona.

Although she said it was a great way for people to remain active and engage in movement, MacDonald also said it has contributed to people feeling that they lack motivation or aren’t active enough while in quarantine.

“Jokes about weight gain and the ‘Quarantine 15’ are not helpful, “ she said. “It’s a breeding ground for body image issues and body comparisons. Really, it’s a perfect storm for being able to have this take over.”

Wasserbauer said social media and virtual conferencing platforms like Zoom have had a tremendous impact on body image.

“The more social media that a person uses, the more there is exposure to the thin athletic body ideal which is often Photoshopped and not real,” she said. “Unhealthy body image is harmful to any age group, but for the college age especially, it can be destructive.” 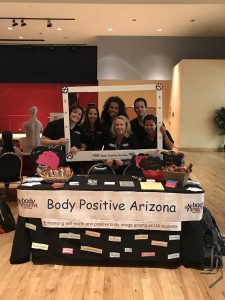 Each year, MacDonald said, she sees more students joining the group and wanting to be involved.

Before the pandemic was declared in March 2020, groups of students handed out “compliment cards” to strangers on campus. Each card contained affirmations about self-esteem and body image along with a piece of candy.

To adapt to COVID-19 restrictions, the group’s focus shifted to Courageous Conversations, a monthly discussion series led by speakers, teachers and students.

“We are really trying to get some different ideas out there about what beauty is and how to be more body positive and a healthy relationship between food and body, ” said MacDonald, who is the program’s director. “That’s always been our intention.”

“I think there is starting to be this recognition and movement of diversity and celebrating diverse bodies,” she said.

Wasserbauer said finding a community where students can be open and confident in themselves is important – especially during a time with limited ways of socialization. Such groups can provide relief from the constant negativity, she said.

Next time you catch yourself feeling poorly about your body, Wasserbauer recommends taking a long look in the mirror.

“We aren’t a number. We are so much more than a size.”