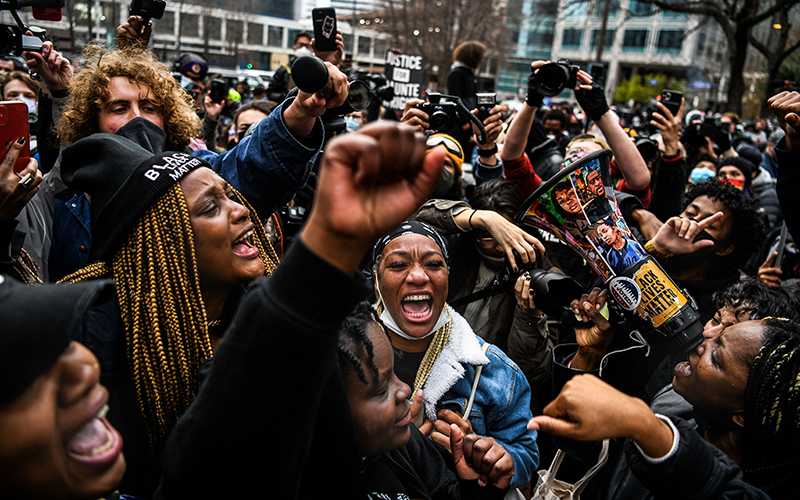 A crowd gathered outside the Hennepin County Government Center in Minneapolis celebrates as the verdicts are announced in the trial of Derek Chauvin. The former police officer was convicted of murder and manslaughter in the 2020 death of George Floyd in a case that laid bare deep racial divisions in America. (Photo by Chandan Khanna/Getty Images)

Police reform activists and onlookers waited outside the Hennepin County Courthouse, tense and eager, for Judge Peter Cahill to read the verdict for the first charge against Chauvin, fired days after Floyd’s slow death on May 25.

The crowd in Minneapolis erupted, jubilant. Thousands of others, in Arizona, the rest of the U.S. and elsewhere in the world, watched on smartphones, desktops and TV sets as the remaining two verdicts were announced.

As the world watched, Chauvin, his expression neutral, was handcuffed and returned to jail to await sentencing in eight weeks.

Over the next hours, the world absorbed the verdict and spoke, on social media and in interviews, about relief, accountability and the need to stay focused on the battle for equity.

“It delivered a sense of hope,” said Debora Colbert, executive director of Phoenix’s Black Mothers Forum for children and families.

She was emotional as she described watching the video of Floyd’s death 11 months ago. Floyd, who was stopped by police after he was suspected of passing a counterfeit $20 bill at a Minneapolis convenience store, continually said “I can’t breathe” and called for his mother in his last moments of life. 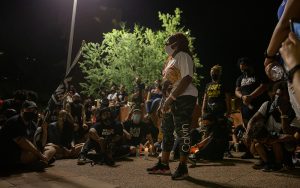 Several attendees at a vigil for Dion Johnson in June spoke of their rage and weariness over unarmed Black men and women being shot by police. Erma Johnson, Johnson’s mother, said she misses her son’s daily phone calls to check in on her. (File photo by Allie Barton/Cronkite News)

Floyd’s death was a catalyst for social activism and equity, propelling the Black Lives Matter movement to the forefront of enormous protests against violence and racism in the Black community. Movements to defund the police and add police oversight also grew out of Floyd’s murder, which also spawned statements of unity, reflection and acknowledgement of widespread racism and promises to change in industries from fashion and entertainment to business and media.

But police violence remained at the forefront.

Black Lives Matter Phoenix Metro and other local advocacy groups said on Twitter that the verdict was not the end of the fight.

“There is still work to do. Now is not the time to stop fighting rather now is the time to fight hard for change! We will not stop until BLACK LIVES MATTER all over the country!”

“There are moments that I know I’ll always remember ’til the day I die,” tweeted state Sen. Martín Quezada, D-Glendale. “Hearing this verdict has been one of them.”

The case lifted the years-old Black Lives Matters movement in Arizona and beyond, with protests in the streets of downtown Phoenix, Washington, D.C., LA and in all 50 states – as well as Scotland, Brazil, Spain, Canada and France.

June in Arizona was particularly busy with protests, rallies, and vigils for Floyd, Dion Johnson of Phoenix, who was shot to death the same day Floyd was murdered, and other Black people who have died at the hands of law enforcement.

On Tuesday, the streets were relatively quiet. In Washington, D.C., the Black Lives Matter Plaza created after Floyd’s death drew a few people. Earth, Wind & Fire’s “That’s the Way of the World” played from a boombox:

This is not justice. Putting people in cages doesn't bring George Floyd back but it does show that this state sanctioned violence is starting to have consequences.

Television camera crews outnumbered the handful of people who showed up, and police outnumbered both groups. Police had staked out street corners in the blocks around the plaza, and 250 National Guard members were activated Tuesday to deal with potential unrest that never unfolded – similar to scenes in other major cities.

In Los Angeles, protesters have frequently called for justice in George Floyd’s killing over the past year with broadspread protests resulting in hundreds of arrests, according to an internal Los Angeles Police Department report earlier this month.

Nineteen years ago this month, Los Angeles was rocked by the Rodney King verdict that acquitted four LAPD officers who viciously beat King after a traffic stop – which had been captured by a bystander with a video camera. In that video, many Americans caught their first glimpse of police aggression that had been a longstanding complaint in the Black community.

“Something has shifted for the better, today is the closing of one chapter with a proper end, but tomorrow’s chapter begins with many of the same challenges as we’ve seen for a long, long time,” he told reporters. “There’s no joy in this verdict, and there’s no celebration in it. Just the breathing and the exhaling that comes from this moment does signal to me that this is a beginning, that something is turning.”

Roy Tatem, board member and immediate past president of the East Valley NAACP, wants to believe that.

He said Tuesday the organization has worked to establish relationships with law enforcement agencies to create a dialogue and understand one another.

“The NAACP is the nation’s oldest civil rights organization, pretty much established to combat lynchings that were taking place at the turn of the 20th century,” Tatem said. “We find ourselves in a similar situation today, with what we see the killing of unarmed Black men and women at the hands of law enforcement and/or vigilantes in our communities.”

Tatem hopes that next steps include immediate change in law enforcement, including closer collaboration with social workers and greater internal diversity.

Colbert agrees that the Chauvin verdicts are an opportunity for police departments to “take note that something different is needed” and acts as a catalyst for a culture shift that allows officers to feel more comfortable speaking out against wrongdoings in their work.

In the Chauvin trial Minneapolis Police Chief Medaria Arradondo was among those testifying that the former officer broke policy.

U.S. Rep. Tom O’Halleran, D-Sedona, tweeted about being a former police officer in Chicago. “Going forward, we must commit to the important, ongoing work needed to address systemic racism and rebuild broken trust between police and the communities they serve.”

Kevin Robinson, a former assistant Phoenix police chief, said he was not surprised that officers testified against Chauvin. He believes this is a watershed moment for change. 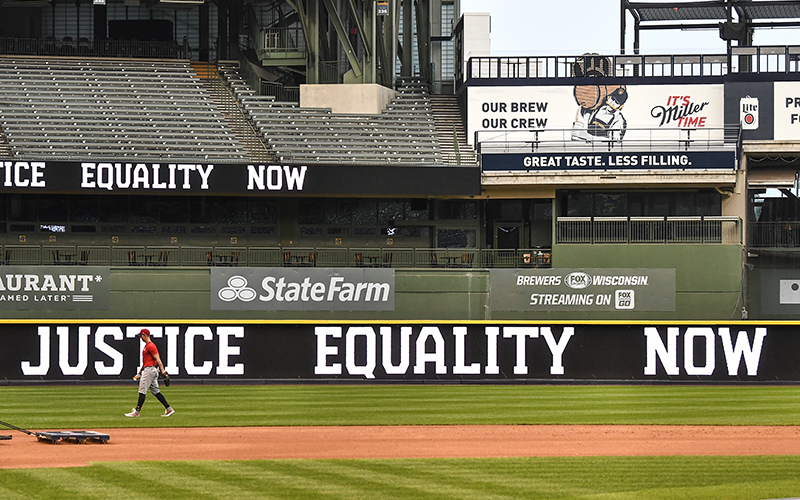 Robinson said he understands why many people don’t have faith and confidence in the justice system, but that he hopes the verdict begins to build trust and promote greater communication between the public and the law enforcement.

Others, Colbert and Tatem urged, can continue the momentum of support by joining organizations, participating in community efforts and reaching out to local officials.

“Let your voices be heard, don’t be silent and don’t get don’t sit back on the sidelines and be a bystander,” Tatem said. “Get involved in some way, shape, form or fashion.”