Caleb Smith was not happy with his performance against the San Diego Padres as the Arizona Diamondbacks are off to a 1-3 start in 2021. (Photo by Sean M. Haffey/Getty Images)

PHOENIX – In a way, it seems all too familiar.

For the second straight year, the Arizona Diamondbacks are 1-3 after opening the season against the San Diego Padres. The 2020 season’s rough beginning was an unfortunate precursor for what was to come. Arizona hovered around the bottom tier of MLB the rest of the season, and watched its pitching staff and lineup struggle with no imminent fixes available.

This year, Arizona hopes to turn around its tough start. The season, with 162 games scheduled compared to 60 last year, is over 2.5 times longer in 2021, and the Diamondbacks have more time to reroute their ship. But the parallels are stark.

Arizona’s pitching staff figured to be one of the more stable groups in baseball last season, but surprising struggles from nearly everyone but Zac Gallen resulted in Robbie Ray being traded and Caleb Smith being imported. The Diamondbacks hitters looked lost against the likes of Padres starter Chris Paddack on Opening Day last July, and while the Diamondbacks won Sunday’s duel against Paddack, the rest of the Padres’ rotation locked up Arizona at the plate for most of the weekend.

With the tough start in the rearview mirror, here are three major takeaways from Arizona’s opening series against San Diego.

Arizona’s Saturday starter against the Padres summed it up sufficiently.

“I just pitched like s— today,” Caleb Smith said. “I’m pissed. I might not show it, but I’m pissed.”

Unfortunately for the Diamondbacks, performances like Smith’s were more common than Arizona would like. Smith lasted just three innings Saturday, allowing three earned runs and three walks in the 7-0 loss to the Padres, but it was far from Arizona’s worst performance on the mound.

Merrill Kelly started Friday and was fine. The Diamondbacks’ ultra-reliable and versatile right-hander went four innings and gave up three earned runs and three walks while striking out four. Among its three losses, Friday’s game was Arizona’s best from a pitching perspective. The bullpen allowed just one run after Kelly was removed, but the offense failed to top San Diego’s four-piece on the scoreboard.

“We haven’t gotten a lot of length out of our starters,” Arizona manager Torey Lovullo said.

Hope exists for Arizona, though. First, it’s extremely early in the season, and pitchers’ routines are still rounding into form after COVID-19 limited last season to a wacky 60 games and threw workout regimes for a loop.

Second, Taylor Widener – a former top prospect of the Diamondbacks whose 2019 minor-league season led to questions about his future – was dominant Sunday in Arizona’s 3-1 win. In his first career start, Widener allowed no runs and just three hits over six innings while striking out five Padres.

“(Sunday’s win) started and stopped with Taylor Widener,” Lovullo said. “He went out and put us on his back and gave us six scoreless innings.

“Typically young pitchers put a little too much pressure on themselves. They might not execute as precisely as he did. For him to block all that out and execute the way he did and make pitches the way he did, it was a solid day for him.”

Additionally, Luke Weaver has yet to make his 2021 season debut. The former St. Louis Cardinals right-hander is expected to start tonight in the series opener against Colorado. Arizona hopes Weaver returns to his pre-injury 2019 form, where the newly-acquired starter recorded a 2.94 ERA in 12 starts. While 2020 didn’t treat Weaver well, and early returns on the D-backs’ rotation in 2021 look bleak, Weaver offers the potential to be competent while others may struggle.

Arizona’s ace Zac Gallen also hasn’t pitched yet this season due to an arm injury. While Widener was primed as Gallen’s short-term replacement in the rotation, the presence of both could improve the D-backs’ rotation dramatically. 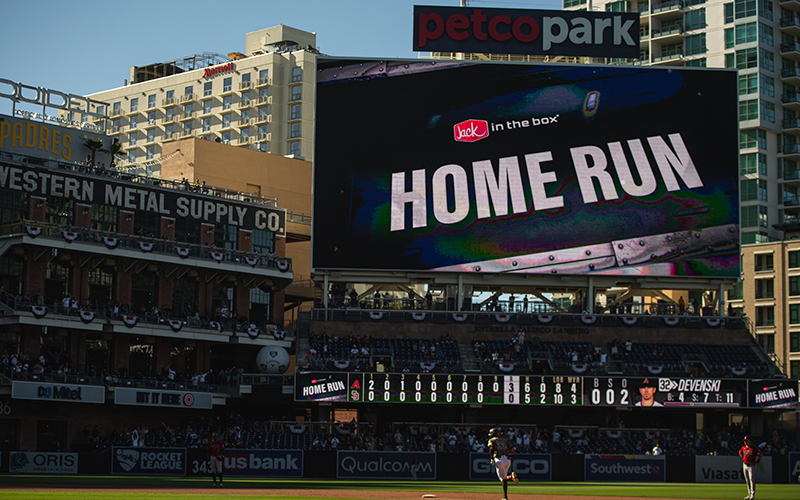 The Diamondbacks’ trip to Petco Park didn’t turn out the way the team hoped. Among the lowlights was when Fernando Tatis Jr. jogged around the bases after hitting a home run in the bottom of the ninth on Sunday. (Photo by Matt Thomas/San Diego Padres/Getty Images)

Throughout spring training, Lovullo and other members of top management kept a tight lip about Arizona’s starters in the field. The brass felt it had multiple options at almost every position.

“Having versatility on a roster enables me on a nightly basis to go out and attack that pitcher and that particular game plan,” Lovullo said in February.

In just four games, Arizona’s mixing and matching of lineups has already made itself a common theme of Bally Sports Arizona’s pre-game show.

The outfield, predictably, has been the source of the most movement. While Kole Calhoun remains out with a knee injury, the Diamondbacks have used Pavin Smith, Wyatt Mathisen, Tim Locastro and Josh Rojas in the outfield alongside mainstays Ketel Marte and David Peralta.

Marte’s positioning was perhaps one of the biggest questions heading into 2021, and through opening weekend it seems to have been answered. The Diamondbacks “superstar” hasn’t seen the dirt once this season and has made every appearance in center field.

With Marte at the head of the defense and shortstop Nick Ahmed on the injured list, infield spots have opened up. Asdrubal Cabrera has played the key role he was expected to when Arizona signed him in late February, seeing three appearances at third base and nowhere else. Second base has mostly belonged to Eduardo Escobar in place of Marte, though Cabrera’s age and subsequent lower innings total has seen Escobar move to third in replacement. Josh VanMeter and Rojas have then taken his place.

Ahmed’s absence has thrown the shortstop position into a flux. Rojas has spent most of his time in the field there, but the call-up of Arizona’s third-ranked prospect Geraldo Perdomo has allowed the Diamondbacks to move Rojas around more. Perdomo made his first career appearance on Saturday and started in the six-hole on Sunday, going 0 for 3 at the plate with a walk, and figures to be a prominent piece to the Arizona lineup until Ahmed can return.

Prior to Perdomo’s debut, Lovullo warned about his rawness at the plate.

“He is still growing and learning as a hitter every single day but he has a very stubborn at-bat from both sides of the plate,” Lovullo said.

Still, the Diamondbacks believe that Perdomo is one of many viable options they have in the short term.

“It made a lot of sense to us to have that versatility (and) that type of versatile player join us and get his opportunity,” Lovullo said.

The offense is struggling, too

Although the Diamondbacks have been trying multiple different lineup combinations, none of them seem to be producing.

Only Marte and catcher Carson Kelly are batting above .260, with Cabrera just behind at .250. The duo has 14 of Arizona’s 30 hits on the season.

The D-backs’ hit distribution has been extremely skewed, with Marte owning nine, Kelly having five and others clocking in with three or less. Out of 13 position players used this season by Arizona, six are hitting .200 or lower, and nine are hitting .222 or worse.

“(Marte) is making great decisions on the baseball,” Lovullo said. “He’s behind the ball and is making great contact. He’s worked hard to make these past few days happen and he’s fun to watch. We’re excited every time he comes up to the plate because he’s going to do something pretty special.”

After a down year in 2020, where he batted just .221, Kelly seems to have potentially turned things around early this year.

“It’s been good,” Kelly said, seemingly relieved. “I’ve just been trusting my process and doing the same thing everyday. I’m just going to go out there and get A-(grade) swings off.”

While everyone but a few are having trouble finding their way at the plate, Lovullo is keeping his and the team’s confidence high.

“This is a good baseball team,” Lovullo said. “We all know it. I believe in this team and they believe in themselves.” 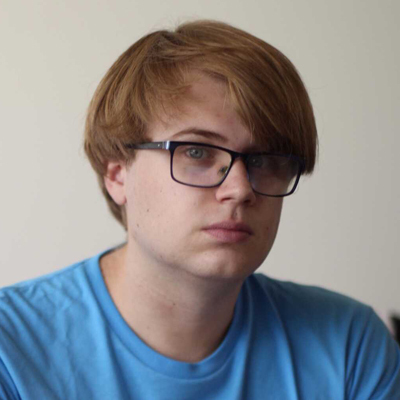