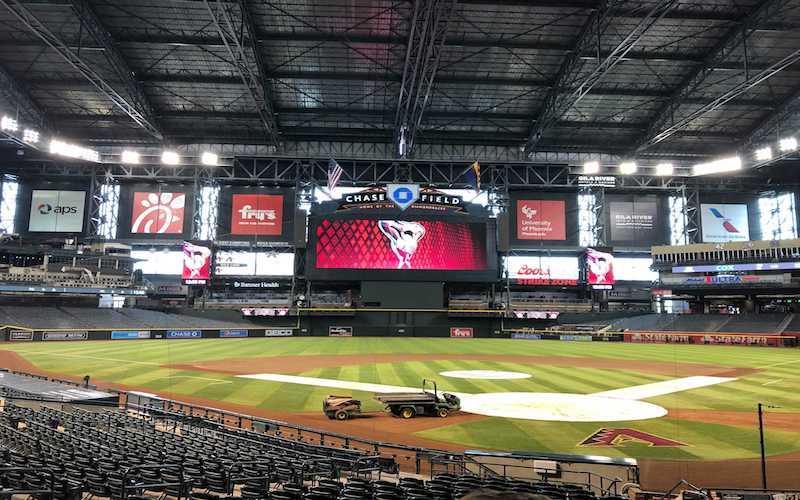 Chase Field will look a little different when the Arizona Diamondbacks hold their home opener on April 9 against the Cincinnati Reds. (Photo by Gareth Kwok/Cronkite News) 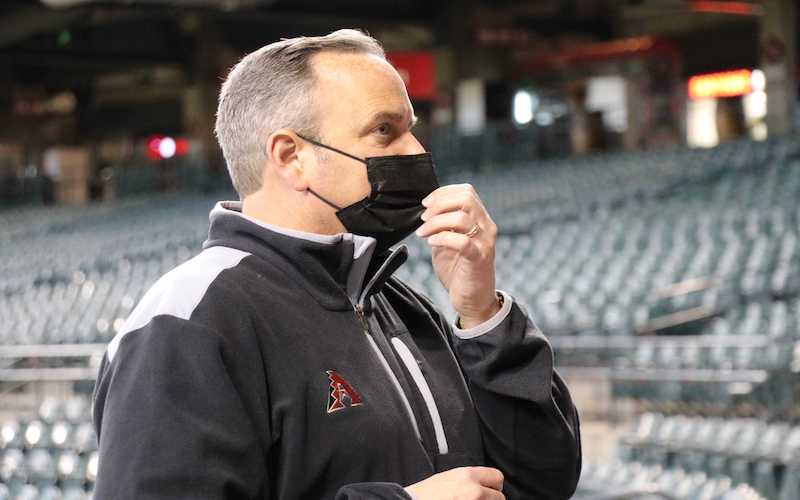 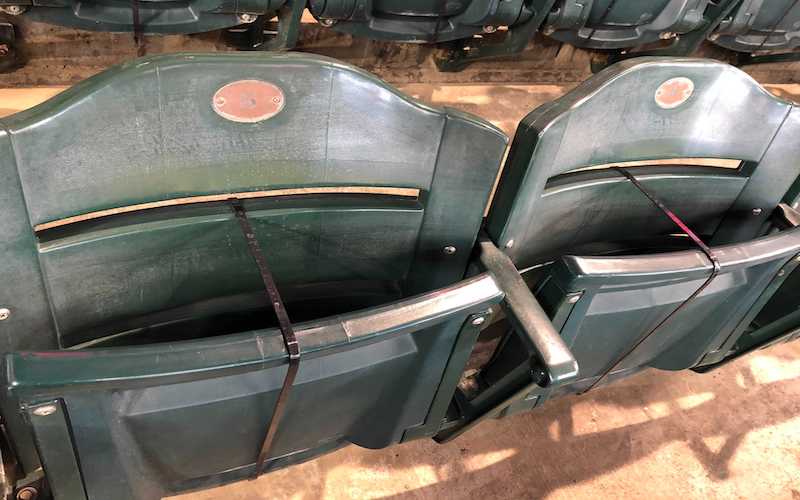 Zip ties have been added to seats to close off certain rows and sections not allowed for seating. (Photo by Gareth Kwok/Cronkite News) 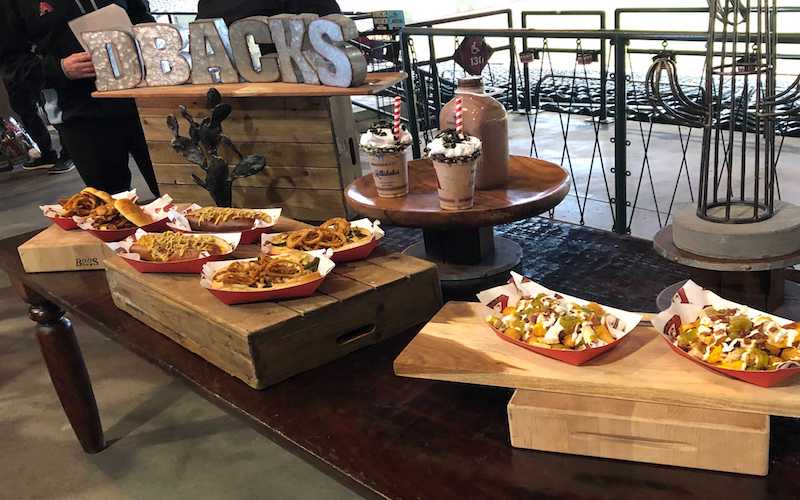 Sixteen new food items can be ordered this season, including new cheesesteaks, bratwursts and cheeseburgers. (Photo by Gareth Kwok/Cronkite News) 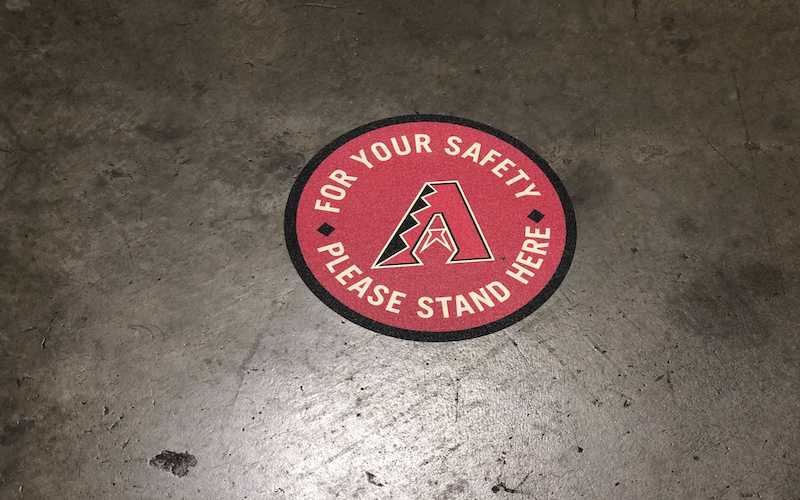 New markings on the ground for waiting in lines have been added to remind fans to socially distance from one another. (Photo by Gareth Kwok/Cronkite News) 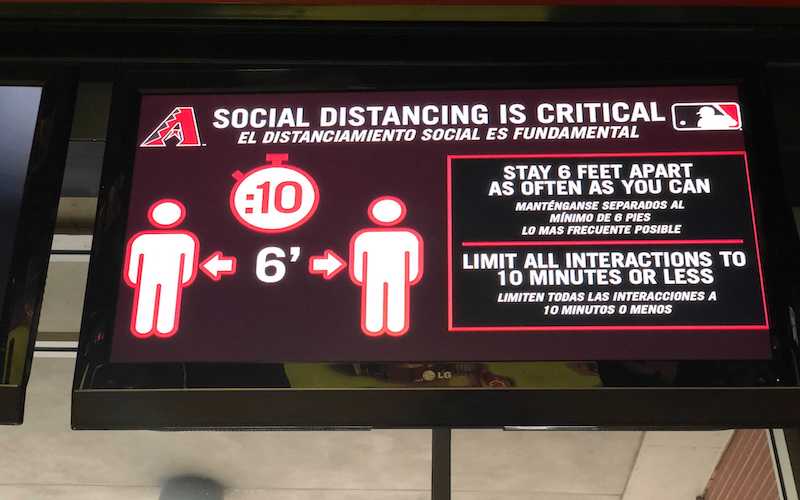 A monitor displays a sign reminding fans to space out and socially distance while in the ballpark. (Photo by Gareth Kwok/Cronkite News) 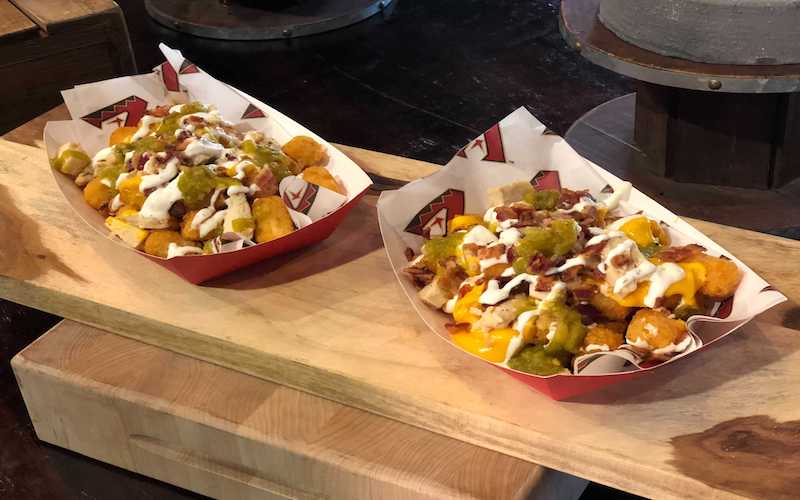 A closer look at one of the newest food items for this season: 505 Green Chile, Chicken Bacon and Ranch Tots. (Photo by Gareth Kwok/Cronkite News)

PHOENIX – With less than two weeks before the Diamondbacks play their April 9 home opener against the Reds, Chase Field is preparing to host fans for the first time in over a year.

Diamondbacks President and CEO Derrick Hall, alongside Diamondbacks legend Luis Gonzalez, recently unveiled the new procedures, amenities and food items to be offered at the stadium.

And while things may look and feel a little different, the changes are all part of the organization’s effort to make the in-game experience as safe and fun as possible for fans.

“Everything is going to be digital, obviously,” Hall said. “It’s all contactless. It’s all cashless. That’s the purpose of our new approach here to make sure people do feel as clean and contactless as possible.”

Tickets will be all-digital, and they will be delivered and scanned through the MLB Ballpark app, MLB’s mobile ticketing app for smart devices. Hall said the team is proceeding with its plan to allow just under 12,000 fans per game, or roughly 25% of Chase Field’s capacity of about 48,000.

It’s evident that fans are ready to come back after more than a year now in a global pandemic. The Diamondbacks’ home opener sold out within hours on Mar. 25 when single-game tickets for the first three homestands of the season went on sale.

“It’s one of those times where fans are part of the game,” said Gonzalez, who now serves as a senior adviser to Hall. “To have them in the ballpark really energizes (the players) and gets them going in the right direction … For us to be able to start the season having fans in the ballpark, it’s really going to take our team to the next level.”

The Diamondbacks will be opening gates 30 minutes later than in the past to discourage fans from hanging outside of the stadium for too long. The team also has implemented a clear-bag policy as part of their safe and contactless experience so staff members will not have to touch the bags to inspect the contents.

The Diamondbacks have put in new signage and markings around the ballpark to remind fans to remain socially distanced.

Fans can purchase tickets to sit in socially-distanced pods of 1-5 seats, and masks are required at all times in the stadium’s common areas, unless one is eating or drinking.

Seating pods of 1-5 are the plan to start off this season. Masks will be enforced and zip ties have been put in to enforce distancing.

Single-game tickets went on sale this morning and the @Dbacks home opener sold out within hours.@sportscronkite pic.twitter.com/XcR8yee0i0

And Chase Field is known for having exceptional ballpark food. Diamondbacks Senior Executive Chef Steve Tilder said there are 16 new reasons to pull down that mask this season.

“I’ve been around a lot. I eat out a lot,” Tilder said. “I look at a lot of stuff online. I just have one of those brains where I see something and find a different way to do it. I like to take basic stuff and throw in my own twist. … You have to have a crunch. You have to have a snap. The fat is the flavor, so it has to be the perfect blend of crispy versus savory.”

Senior executive chef Steve Tilder says there are 16 new food items this year for the @Dbacks.

Among some of the new items are a pub bacon cheeseburger, poblano rib eye cheesesteak, and mint chocolate chip stack shake courtesy of @Danzeisendairy.@sportscronkite pic.twitter.com/fvBCYHF45W

For now, the Diamondbacks are sticking to their original plans for the season, despite an executive order signed by Arizona Governor Doug Ducey on Mar. 25 to lift COVID-19 restrictions and safety measures on businesses and restaurants. The order includes allowing sporting events of more than 50 people without approval from local governments.

Hall said the team is analyzing the governor’s order but has not yet made plans to expand attendance.

“I can’t see us at this point wanting to go zero to 100 so fast,” Hall said. “It doesn’t make sense to go without restriction at this point. Eventually, we would love to get there, but it’s going to be at the right time as well. But as we see the numbers continue to dwindle and the vaccinations continue to go up, hopefully we are back to some point of normalcy and there are no restrictions.

“Even in that scenario, if we had every seat available, we would still maintain this new cashless, contactless way which, quite honestly, I think our fans would prefer to do in the future anyway.”

The Diamondbacks open their season April 1 on the road against the San Diego Padres and Colorado Rockies before returning home for a three-game series against Cincinnati and a pair of games against the Oakland Athletics.

The home opener is a special day in any baseball season, but it is one fans are anticipating even more in the circumstances of the last year.

“To be able to open up our gates to fans, we know we are getting back to where we were before,” Hall said. “It’s going to be a major achievement to come back here and hear a crowd like it was that first game of spring training.” 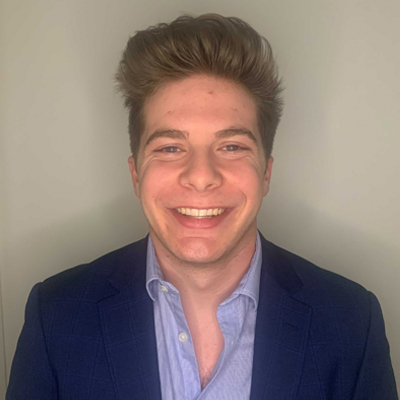 Jackson Zuber expects to graduate in May 2022 with a bachelor’s degree in sports journalism. Zuber, who’s a host for Sun Devil Athletics and an anchor/reporter for SB Nation’s House of Sparky, is working for Cronkite Sports this spring.