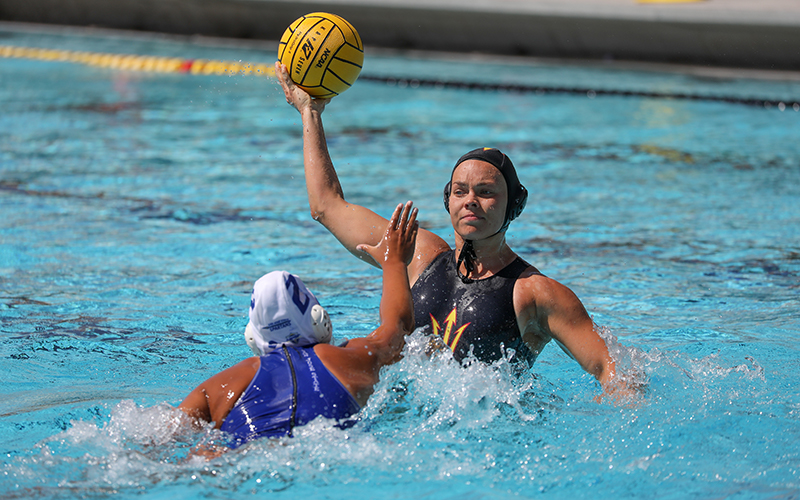 Arizona State defender Bente Rogge contributed two goals to the team’s 12-8 win against San Jose State on Sunday. The sports was once thought too rigorous for women, an opinion collegiate teams like ASU quickly debunked. (Photo by Alina Nelson/Cronkite News) 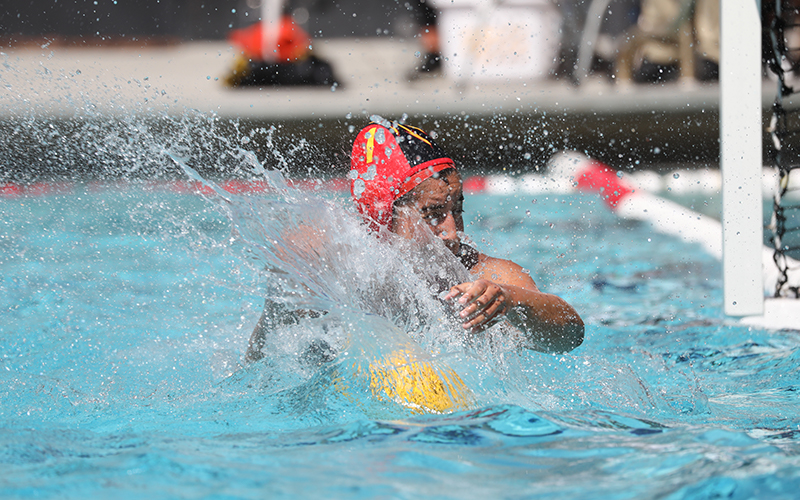 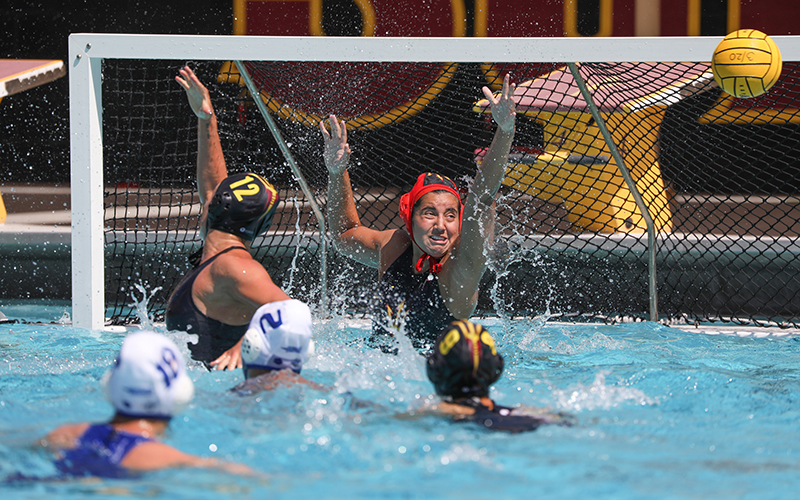 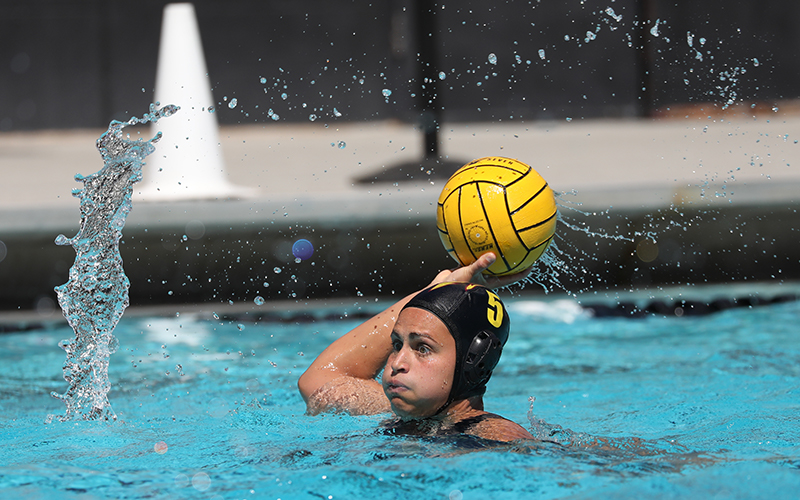 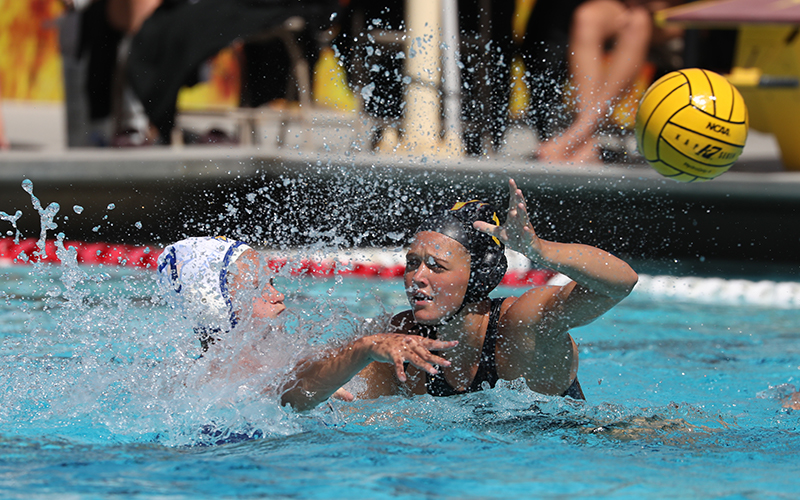 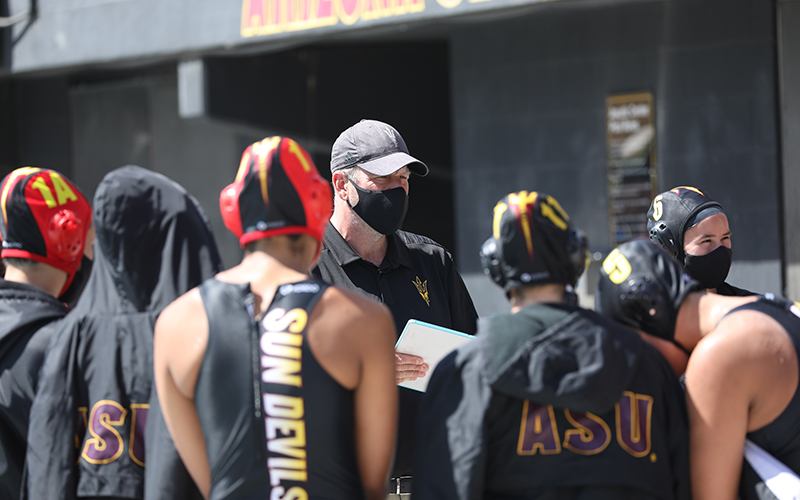 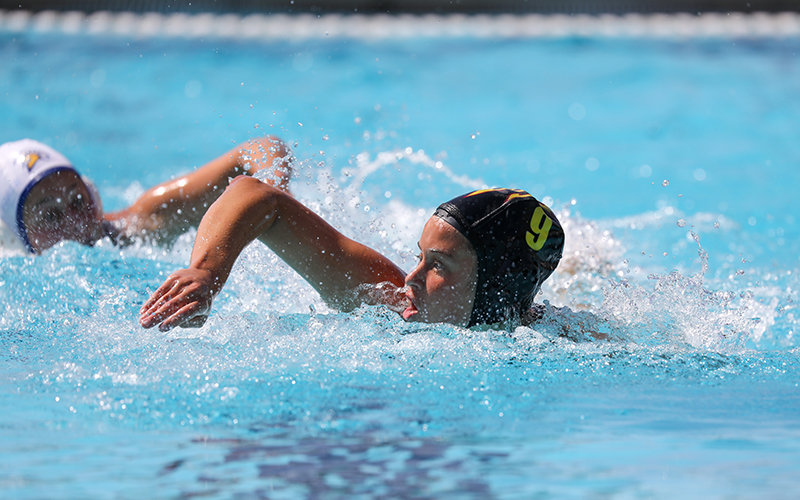 Arizona State attacker Borbala Kekesi swims across the pool into San Jose territory, as her team sets up to shoot a goal. (Photo by Alina Nelson/Cronkite News) 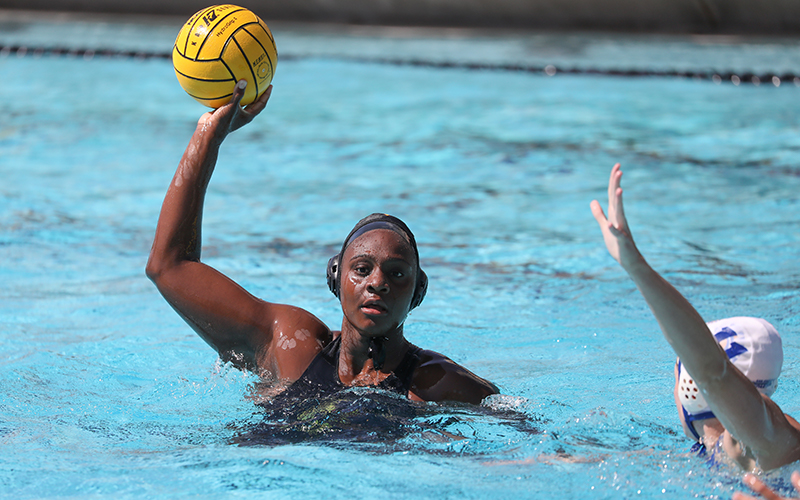 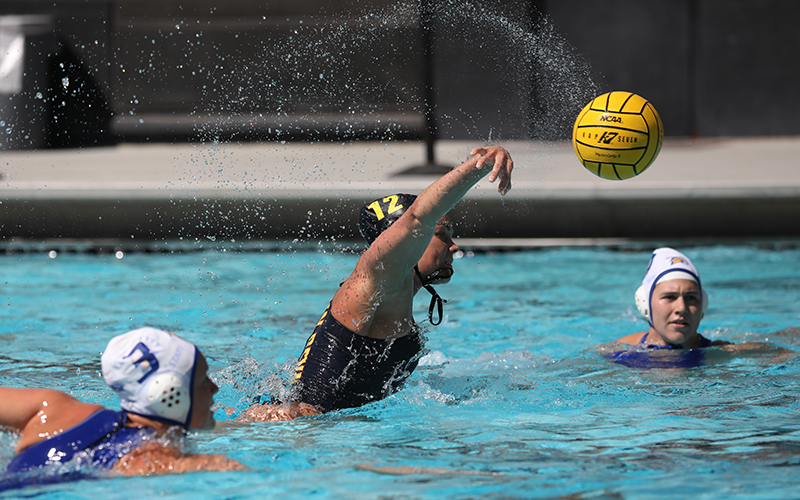 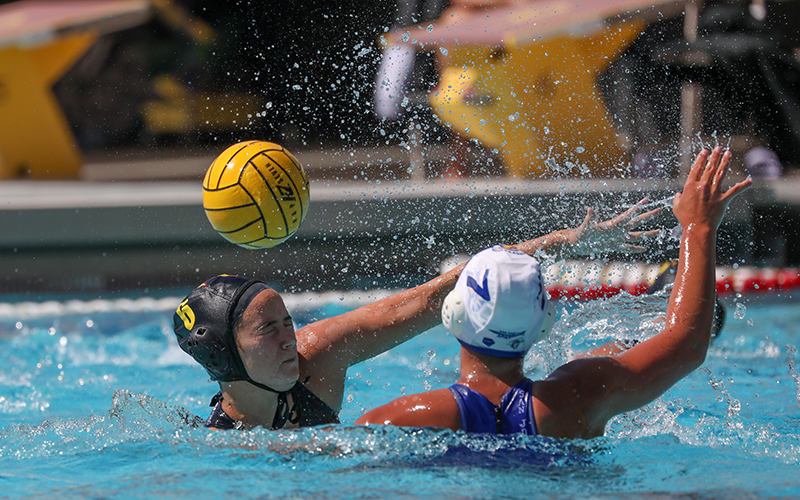 PHOENIX – For much of the 20th century, water polo was dismissed as a sport too taxing for women. Although men competed in the Paris Games in 1900, the 2000 Sydney Games, where the United States took home silver, was the first that featured women’s competition.

Too taxing? Anyone who has watched the Arizona State women’s team, as well as other top programs in the country, knows this is an absurd statement.

Water polo originated in 19th century England and was first introduced in the United States in 1888 by John Robinson, an English swimming instructor, according to the Collegiate Water Polo Association.

Games are broken down into eight-minute quarters, and the sport requires immense strength and endurance. Players are not allowed to touch the bottom of the pool, treading water for the entirety of the match. Excluding the goalie, players must only use one hand to hold the ball. 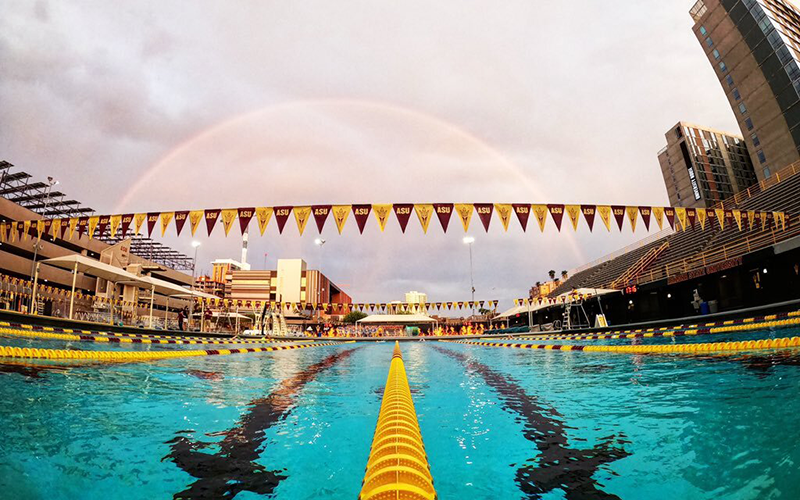 It may be a redshirt season but ASU swim, dive teams still putting in work

Arizona State is home to 2021 Dutch Olympian Bente Rogge, who has scored in 12 straight games this season. However, she isn’t the first Olympian to play for ASU, with the most recent being alum Izabella Chiappini, who competed for Brazil at the Rio Games in 2016. And Gao Ao was a member of the Chinese Olympic team in 2012.

The Sun Devils started the season off strong with five straight wins. On February 20, they beat California Baptist, 23-9, for the series sweep. With 23 goals, the team tied the program’s record for third-most goals in a game.

After splitting the series against Stanford, Arizona State swept San Jose State. The team has had a home-pool advantage so far this season. Their first away game is against the University of California, Berkeley on April 3.

Arizona State’s next game is at 1 p.m. Saturday against Indiana University at Mona Plummer Aquatic Center in Tempe.