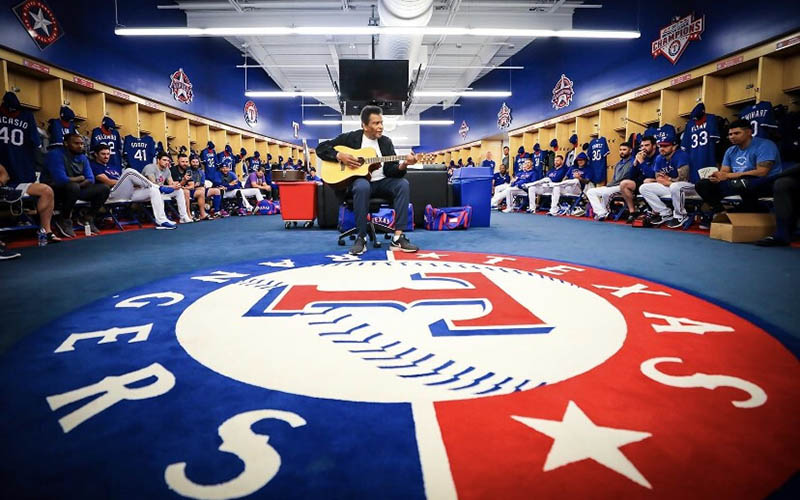 Charley Pride was not only a gifted country singer, he was a part owner of the Texas Rangers. Pride, who died in December from COVID-19 complications, was honored by the team, which named a field after him at their spring training complex and created an internship program to help create “a more diverse and inclusive ball club.” (Photo courtesy of Texas Rangers)

TEMPE – With the hope of creating “a more diverse and inclusive ball club” – a goal shared by Major League Baseball overall – the Texas Rangers announced the creation of the Charley Pride Fellowship Program, a paid 10-week internship program they believe can address that need.

The fellowship is named for the late Charley Pride, a renowned country music singer and part-owner of the Rangers, who played baseball in the Negro Leagues and in several minor leagues, including a stop with the Class C Nogales Yaquis in the Arizona-Mexican League during the 1950s.

Pride died on Dec. 12, 2020, due to complications from COVID-19. The announcement came on Thursday, which would have been his 87th birthday.

Earlier in March, the Rangers also dedicated their second spring training field at Surprise Stadium to him, naming it Charley Pride Field.

Pride, who in 2000 became the first Black musician inducted into the Country Music Hall of Fame, originally approached the Rangers with the idea for the fellowship.

In 2020, Major League Baseball was given a “B” grade in the TIDES Racial and Gender Report Card. But the league’s lowest grades across the board came in front office hirings. Entering 2020, only one team had a non-white CEO or president (Marlins CEO Derek Jeter) and only four people of color held their team’s top baseball operations position.

The Rangers Inclusion and Community Impact Council, which was established in August in part due to the Black Lives Matter movement, collaborated with the Texas Rangers Baseball Foundation to create the program. It will be aided by Dallas businessman Roland Parrish and his Parrish Charitable Foundation. 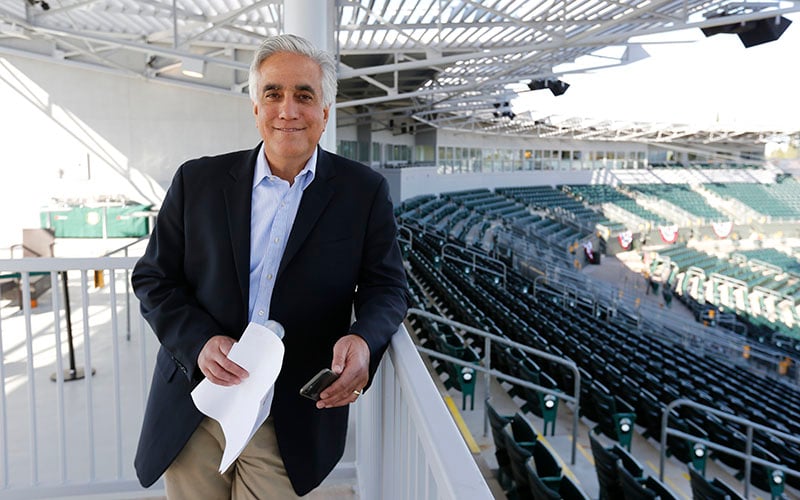 To help announce the fellowship, the Rangers invited Pride’s widow, Rozene Pride, and their son Dion, a musician and songwriter himself.

“This program is something that I feel that the Texas Rangers need, and I am so glad to see them do it and name it for Charley,” Rozene Pride said. “He loved the Texas Rangers and he enjoyed being around the baseball players. That was one way I think that, he said, kept him going and he said, ‘It keeps me young, Rozene,’ and I said, ‘Wonderful.’”

The fellowship is meant to be “a launching pad for students from diverse backgrounds looking to gain baseball front office experience,” according to the Rangers. Rising college juniors and seniors are eligible and must submit a resume, cover letter, transcript, personal statement and two letters of recommendation.

Five fellows will be selected each year to cycle through three departments of their choosing, including IT Operations and Applications, Sports and Entertainment, Baseball Operations, Partnerships and Client Services, Marketing, Ballpark Entertainment, Promotions & Production, Ticket Sales and Services, Business Analytics and Ticket Strategy.

Parrish is the president, owner and CEO of Parrish Restaurants, Ltd., which operates 25 McDonald’s franchises in the North Texas area. He also serves as the chairman of the Parrish Charitable Foundation and was a past chairman of the National Black McDonald’s Operators Association.

“My company, whenever we can, we like to support creating windows of opportunity,” Parrish said. “Mr. Pride liked to do that, creating opportunities for young minds through scholarships so they can live the American Dream. And so this fellowship program will provide an opportunity for talented collegians to work for a unique business organization in the U.S., and that’s a major league baseball team.”

Others invited to introduce the fellowship included fellow country music stars Garth Brooks, Neal McCoy and Larry Gatlin, all close friends of Pride. Parrish described speaking “clean-up” after the three singers as “living that ‘Field of Dreams,’ once in a lifetime.”

“Charley was always just looking for opportunity for anybody, and if he could help somebody either through baseball or through music, he did that and I am a living example of that,” McCoy said. “Melinda and I – my wife and I – often say that if there wouldn’t have ever been a Charley Pride, there would have never been a Neal McCoy.”

“If I’m going to compare (Pride) side-by-side with someone else that I love to death, when you talk about baseball, you talk about what he’s done for everybody, I’m going to put him in the class of Roberto Clemente, who’s my all-time favorite guy,” Brooks said. “He just loved people … any time you get to level the playing field, and then once it’s level, those two people – whatever color of their skin, whatever gender, whatever their belief is – when they compete against each other and it’s a fair competition, let the best person win.”

Pride tried out for the Negro League’s Memphis Red Sox in 1952 as a right-handed pitcher and didn’t make the club, but he did catch on with Memphis in 1953 and played for the Birmingham Barons in 1954. He sustained a significant arm injury but learned to throw a knuckleball and had his best season in 1956 after returning to the Red Sox, winning 14 games and representing Memphis in the Negro League East-West Game, according to the Society for American Baseball Research (SABR). He continued to play through 1960, including a stint with the Fort Carson, Colorado baseball team during his time in the U.S. Army.

Throughout his playing career, Pride was encouraged to join the music business, and even recorded a few songs. His big break came in 1965 when he signed with RCA Victor, now known as RCA Records. As his country music popularity rose, Pride and his family moved to Dallas, where he quickly became a Rangers fan after their 1972 move from Washington, D.C.

Pride was inducted into the Country Music Hall of Fame in 2000, having sold more records for RCA Victor than anyone other than Elvis Presley. In 2010, Pride was part of a group led by Ray Davis and Bob Simpson that purchased the Texas Rangers.

From that point on, Pride was a constant presence for the organization. Even before he was a part-owner, Pride held annual spring training concerts for Rangers players and staff. He often performed the national anthem before Rangers games, including on July 24, 2020, at the first game played at Globe Life Field.

Pride battled racism throughout his career, both as a baseball player relegated to the Negro Leagues and as a Black country music pioneer. But he persevered and left an overwhelmingly positive impact on both the baseball and music communities.

According to Rangers COO and President of Business Operations Neil Leibman, the team is proud of its efforts to hire more women in the front office as well as its success with underprivileged young players through the Texas Rangers MLB Youth Academy. Now, the organization hopes this fellowship program in Pride’s name will ease the burdens of diverse students facing similar struggles.