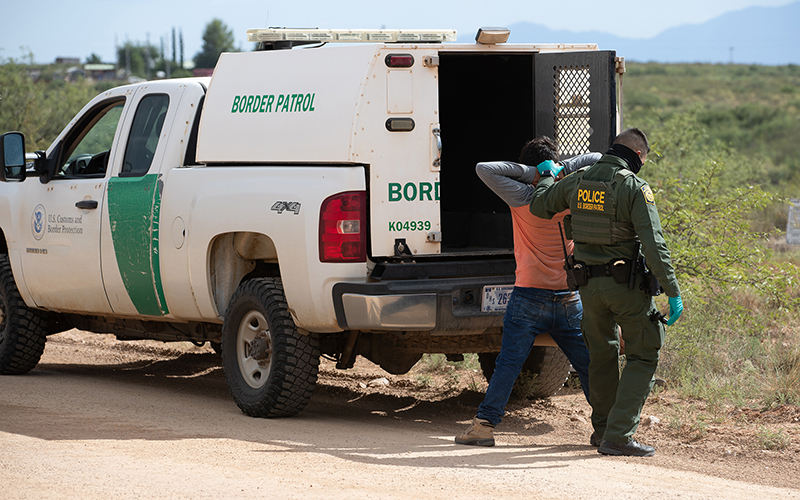 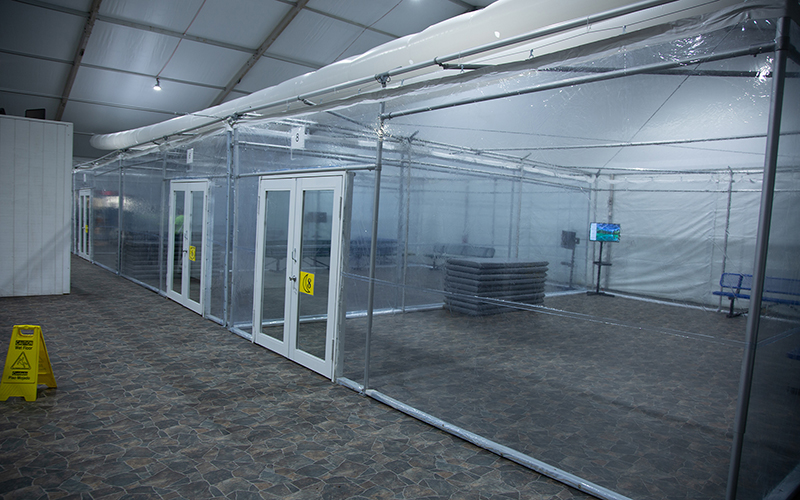 Temporary processing facilities in Donna, Texas, that were set up last month to process the recent surge in migrants at the southern border, an increase that began last April. The number of unaccompanied minors has risen particulary sharply. (Photo by Michael Batisse/U.S. Customs and Border Protection)

Mayorkas’ comments came in his first appearance as secretary before a congressional committee, where Republican lawmakers continued to blame the surge on Biden policies that they said amount to an incentive to migrants to come to the U.S.

“We are seeing an unprecedented crisis unfold during the pandemic,” said Rep. John Katko, R-N.Y. “The situation at the border continues to get worse every day with inadequate action or even proper acknowledgement of the severity of the situation.”

But Mayorkas pushed back against calls for a return to the harsh methods of the Trump administration, many of which President Joe Biden reversed soon after taking office. He said Trump’s “zero tolerance” policies that led to the separation of families and forced return of asylum seekers were the true border crisis.

“A crisis is when a nation is willing to rip a 9-year-old child out of the hands of his or her parent and separate that family to deter future migration,” Mayorkas told lawmakers on the House Homeland Security Committee.

The hearing comes as migrant apprehensions at the southwest border continue a rise that began last April, spiking in recent months. In February alone, at least 100,441 people were apprehended at the border, according to Customs and Border Protection data. The 396,958 stopped through the first five months of fiscal 2021 are closing in on the 458,088 apprehended in all of fiscal 2020. 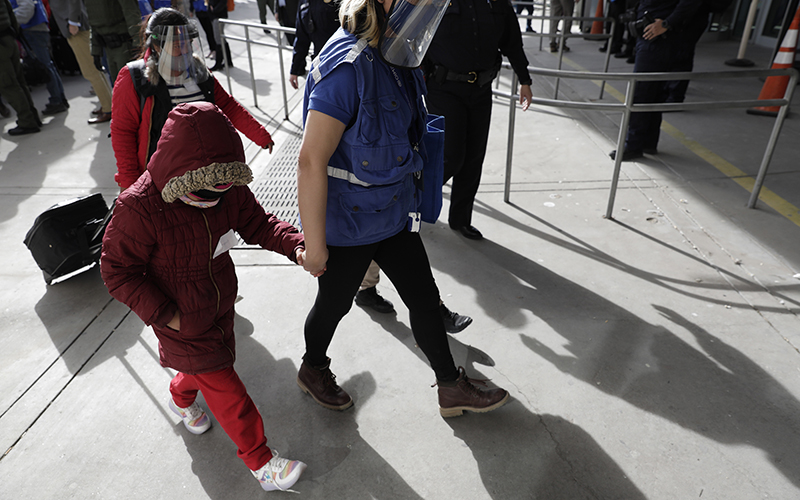 The most-alarming increase has come in the number of unaccompanied minors who have been stopped. The 29,729 youth encountered so far this year included 9,457 in February, the second-highest amount for a single month since May 2019.

In Arizona, of the almost 65,000 migrants who have been apprehended in the Tucson and Yuma sectors in fiscal 2021, more than 10,000 have been minors, according to CBP.

In order to shelter the growing number of minors and families traveling to the border, Mayorkas said Tuesday that his department would construct new facilities in Texas and Arizona, but the department did not provide further detail. The Federal Emergency Management Agency, ordered last week to help with the overflow of youth, built a facility to house about 700 migrant children in Texas.

“We are on pace to encounter more individuals on the southwest border than we have in the last 20 years,” Mayorkas said in his written testimony.

Republican have started to harp on the numbers as part of what they have dubbed “Biden’s border crisis.” That was repeated during a House Freedom Caucus news conference Wednesday, where Rep. Andy Biggs, R-Gilbert, expanded the criticism to call it “Biden’s inhumane border crisis.”

Biggs took aim at Mayorkas, who he said “refuses to answer questions that we have continually put to him about what they’re doing” at the border. Rep. Debbie Lesko, R-Peoria, who was also at the Freedom Caucus event, compared Biden’s policies to “child abuse” for “incentivizing these people to travel at the hands of the dangerous cartel.”

But Democrats on the Homeland Security Committee pointed to migration surges in 2019 and 2014, under Republican and Democratic administrations, as evidence that this moment is not unique. Rep. Ritchie Torres, D-N.Y., said the “border crisis is more of a cyclical occurrence than a unique consequence of Biden administration policy.”

Those other surges have not coincided with a pandemic as widespread as COVID-19, however, which border officials have been working to handle as the number of migrants rises.

One method that did carry over from the Trump administration is the use of Title 42 expulsions, a public health order that lets officials return single adults and families to Mexico or back to their home countries due to the danger of the COVID-19 pandemic.

Title 42 was used to expel more than 72,000 people in February, the highest number in fiscal 2021. But Mayorkas specified that his department made exceptions for migrants with “certain acute vulnerabilities” in a press release Tuesday.

Mayorkas on Wednesday repeated the administration’s plans to attack migration at its root, by investing in the Northern Triangle countries – Honduras, Guatemala and El Salvador – to improve conditions there so people do not have to leave. Removing “push” factors is more effective than diminishing “pull” factors here with deterrent policies, he said.

But Mayorkas insisted that the border is closed to most migrants, and the administration is working to get the word out to those considering the dangerous trek. Biden echoed that position in an interview Tuesday with ABC News when asked whether his messaging was causing migrants to travel north.

“Don’t come over,” Biden said is his message to potential migrants. “Don’t leave your town or city or community.”