WASHINGTON – The House voted Thursday to expand civil rights protections to include sexual orientation, gender identity and pregnancy, a move supporters said will grant those groups “the full equality under the law they deserve.”

But critics of the Equality Act blasted it as a measure that will trample on religious freedom and individual rights, and ultimately backfire on the people it aims to protect.

The 224-206 vote fell mostly on party lines, with just three Republicans joining all Democrats to support the bill. Many Republicans were like Rep. Andy Biggs, R-Gilbert, who derided the bill as the “inequality act.”

“While it attacks religious freedom, freedom of expression, and freedom of association, all-important rights recognized in the first amendment, it doesn’t stop there,” Biggs said during a Freedom Caucus news conference before the vote. “It also denies the biological facts that men and women are the two genders.”

But Rep. Greg Stanton, D-Phoenix, said the bill is needed because in too many places in the U.S. “discrimination is still permitted under the law.”

“Everyone deserves equal treatment under the law, no matter who they are, who they love, or how they express themselves,” Stanton said during debate on the House floor.

“We are a nation that believes all are created equal and that this truth is self-evident. Everyone deserves to be seen, to be heard, to be welcomed and protected,” he said.

Marchers hoist a rainbow flag in this file photo from a 2017 Equality March in Washington. The House Thursday approved a measure that would add sexual orientation, gender identity and pregnancy to list of people protected under civil rights laws. (File photo by Megan Janetsky/Cronkite News)

Almost half of the 31-page bill is a litany of the discriminatory practices that Stanton called out, citing everything from problems in housing and adoption to employment and “conversion therapy,” a scientifically discredited theory that LGBTQ individuals can be “cured.”

The bill amends a range of federal laws by adding “sexual orientation or gender identity” to the definition of discrimination based on sex. It also adds “pregnancy, childbirth or a related medical condition” to the list of protected categories.

The changes would amend laws ranging from the Civil Rights Act of 1964 to the Equal Credit Opportunity Act to the Fair Housing Act.

The bill also includes language that would prohibit the use of the Religious Freedom Restoration Act as a defense against any violations, a section that particularly upset critics. 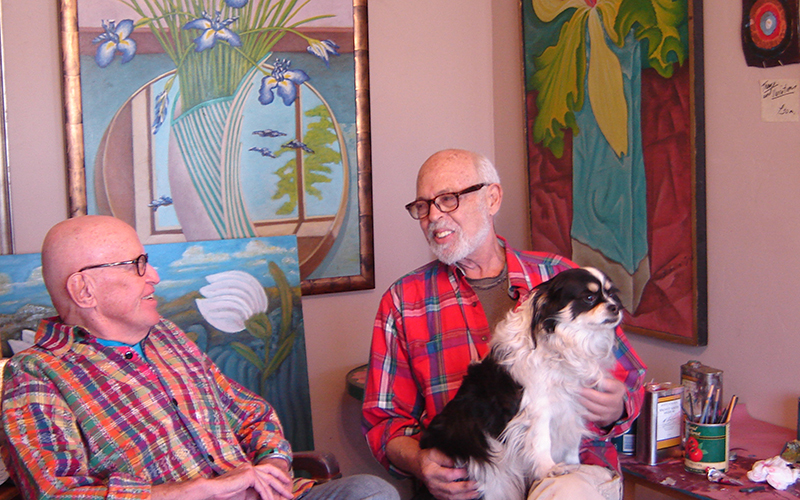 “Masquerading as a proposal to guarantee fundamental civil rights to all Americans, H.R.5 is nothing more than a partisan ploy to destroy religious liberty and educational opportunities for girls,” said Rep. Virginia Foxx, R-N.C. “Shameful doesn’t even begin to describe this bill.”

The debate got particularly heated when Rep. Greg Steube, R-Fla., read passages from the Bible and warned that “whenever a nation’s laws no longer reflect the standards of God, that nation is in rebellion against him and will inevitably bear the consequences.”

That brought an angry rebuke from Rep. Al Green, D-Texas, who is Black.

Republicans also charged that the bill would weaken protections for women by allowing transgender people who were identified as male at birth to compete against women in jobs and sports.

“Any facility that is open to the public will require under penalty of federal law that you take in biological males who identify as women and put them right next to the girls and the women in the showers, the locker rooms, and bathrooms,” said Rep. Debbie Lesko, R-Peoria.

Democrats dismissed those arguments, calling them “silly” and saying the suggestion that men would claim to be women so they could compete in sports is a “crazy, made-up, fantasy notion.”

Protesters gather in late 2019 outside the Supreme Court, which ruled last summer that workplace sex discrimination laws protect LGBTQ workers. The House voted Thursday to expand those protections to all areas of civil rights. (File photo by Amy-Xiaoshi DePaola/Cronkite News)

“LGBTQ individuals deserve the same protections as the rest of us​,” Grijalva said in a statement released by his office. “They deserve the right to earn a living, have a roof over their head, and not fear harassment or discrimination while accessing day-to-day services in public accommodations like stores, airports, and banks.”

Human Rights Campaign President Alphonso David said in a statement after the House vote that the bill “has broad support from 70% of voters, hundreds of elected officials nationwide, and an unprecedented number of businesses.”

“Now, the ball is in the Senate’s court to pass the Equality Act and finally allow LGBTQ Americans the ability to live their lives free from discrimination,” David said.

The bill’s fate in the Senate is uncertain: A similar measure that passed the House two years ago never got a hearing in the Senate.

But Diego Miguel Sanchez, director of advocacy, policy and partnerships at PFLAG, said supporters of the measure have their “strongest opportunity” this year to get a bill through the Senate. Sanchez, who said he has been fired from a job for being transgender, called the bill vital.

“It won’t be easy. We know that President (Joe) Biden has said that he will sign it into law when it reaches his desk,” he said. “We need to make that a when and not if.”