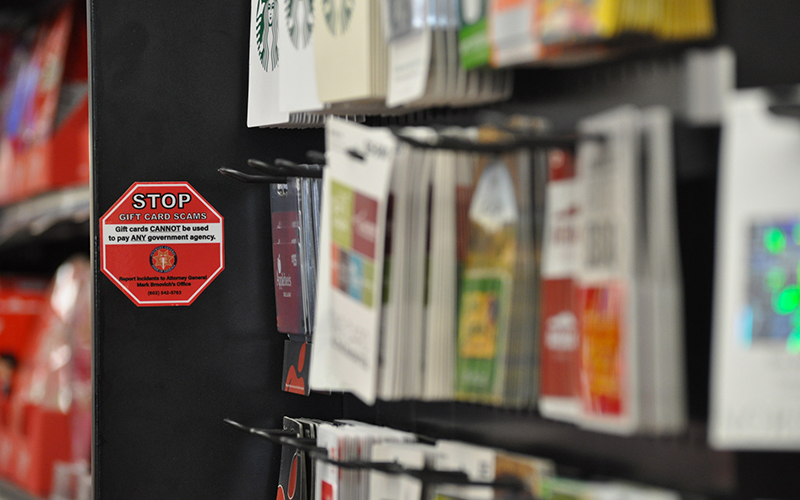 Bashas’, near Hayden and Indian School roads in Scottsdale, is one of nearly 1,000 grocery and convenience stores across the state that will display these signs warning of gift card fraud. (Photo by Kiersten Moss/Cronkite News) 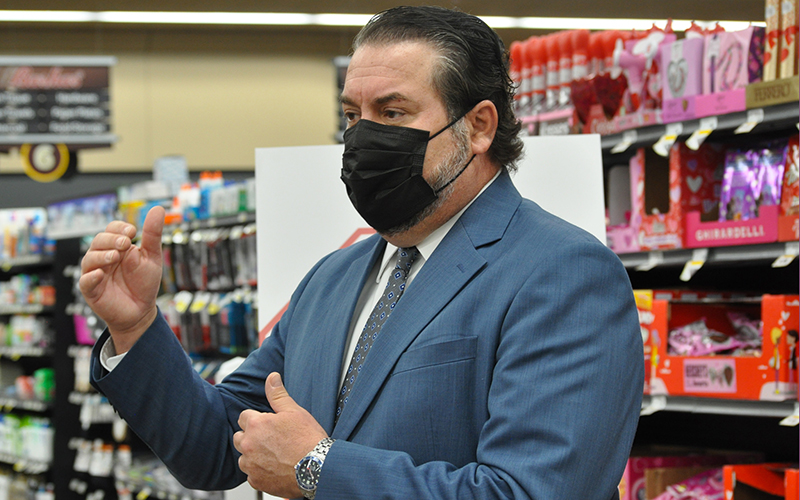 Arizona Attorney General Mark Brnovich says the government will never ask you to send a gift card or wire cash to pay a debt. (Photo by Kiersten Moss/Cronkite News) 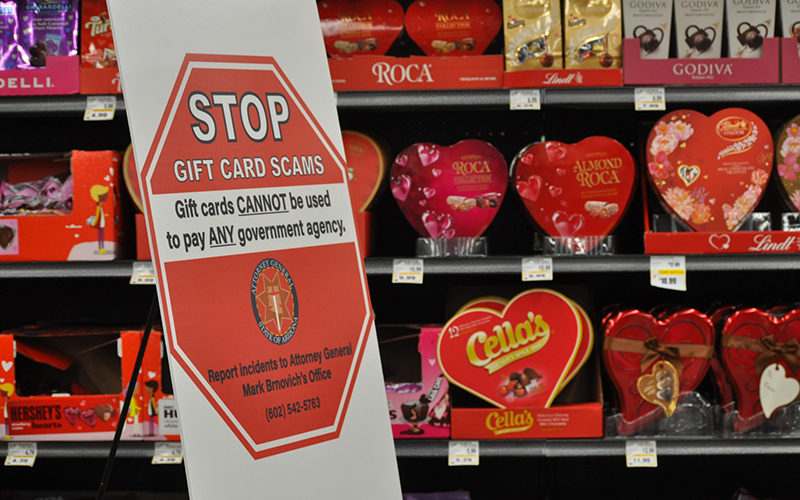 Since January 2019, the Arizona Attorney General’s Office has received more than 230 complaints about gift card scams. It has teamed with the Arizona Food Marketing Alliance to get out the word. (Photo by Kiersten Moss/Cronkite News) 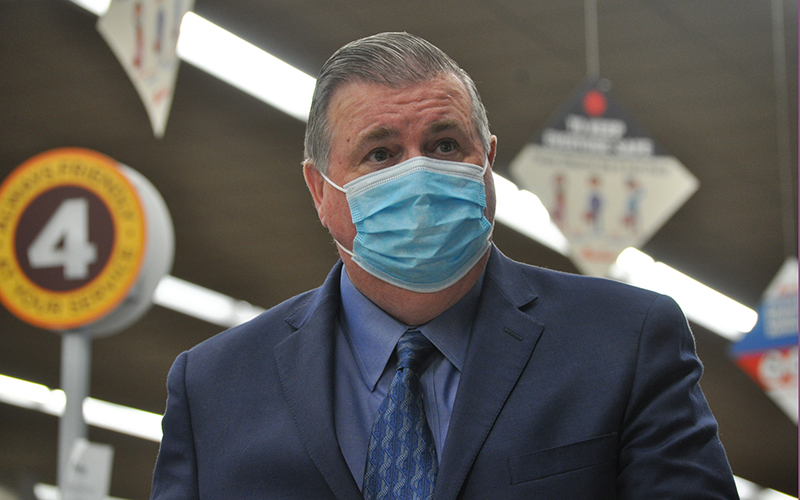 Mark Miller, president of the Arizona Food Marketing Alliance, hopes the campaign will “make Arizonans stop and think before they purchase a gift card at the request of a scammer.” (Photo by Kiersten Moss/Cronkite News)

SCOTTSDALE – Consumers will start seeing new “STOP” signs at gift card displays in many Arizona stores, part of an effort to fight a growing and costly fraud in which scammers – often posing as government officials – ask consumers to pay off a debt or penalty through gift cards.

Attorney General Mark Brnovich and members of the Arizona Food Marketing Alliance on Wednesday announced the awareness program to educate and alert consumers about the increasingly common crime.

These thieves sometimes go as far as to threaten people with arrest or the loss of Social Security or other benefits, Brnovich said.

“We want people to pause before they buy a gift card and send that money to someone they don’t know,” he said. “We want to remind people, and I keep saying this but it’s so important, that the government will never ask you to send a gift card or wire cash in order to pay the IRS, Social Security or anyone else.”

The warning, shaped like a stop sign, reads: “Gift cards CANNOT be used to pay ANY government agency.”

Brnovich said consumers lose millions of dollars every year in these types of scams. Since January 2019, the Arizona Attorney General’s Office has received more than 230 consumer complaints related to gift card scams, according to a news release. In addition to government officials, scammers commonly pose as tech support, business investors or family members.

Since 2018, fraud victims nationwide have reported paying nearly $245 million to scammers, with a median loss of $840, according to the Federal Trade Commission.

Watchdogs scramble to keep up with COVID-19 scams, fraud

About one in four people who lost money to fraud and reported it to the FTC said they paid with a gift card: “Scammers prefer gift cards because they can get quick cash while staying anonymous,” according to the FTC. The most common gift cards requested late last year included eBay, Walmart, Target, CVS and Walgreens.

The Arizona program will provide nearly 1,000 signs in grocery and convenience stores throughout the state. 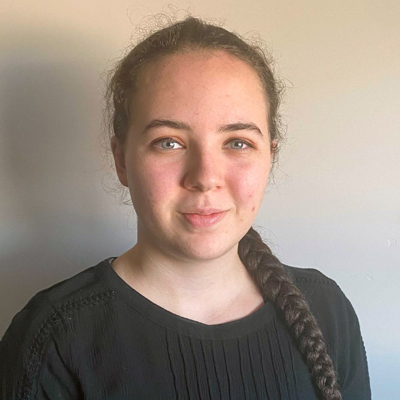 Kiersten Moss expects to graduate in spring 2022 with a bachelor’s degree in journalism. Moss, who’s a photographer for the State Press and Downtown Devil, is working for Cronkite News this spring.