California to phase out Division of Juvenile Justice, creating an opportunity for substantial reform 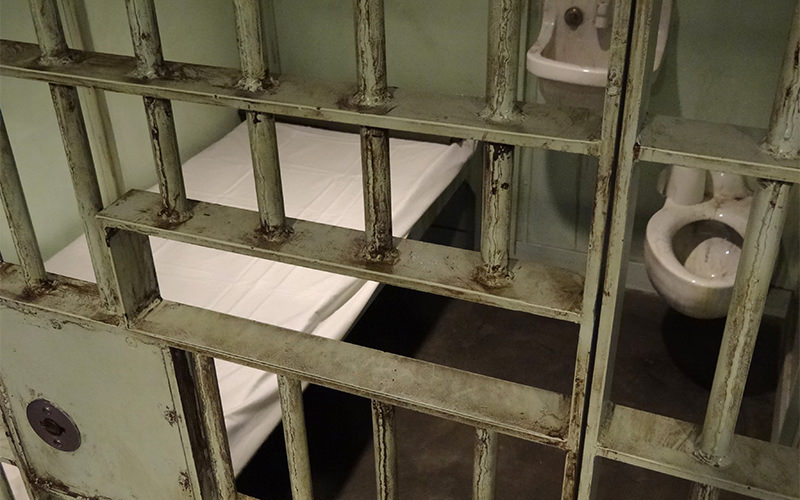 Next summer, California will begin closing its three youth detention centers and shift the responsibility of juvenile justice onto the state’s 58 counties, ending an 80-year history of detention facilities that have been criticized for wanton violence and widespread racial disparities.

Under a bill Gov. Gavin Newsom signed into law in September, three Division of Juvenile Justice youth correctional facilities will be closed. California will join Connecticut, Wisconsin, South Dakota and several other states that have closed state-run youth prisons in recent years, according to the National Conference of State Legislatures.

State-run youth prisons come at a hefty cost to taxpayers, with the average annual cost of the most expensive confinement option in 48 states at $214,620 per inmate, according to a 2020 report from the Justice Policy Institute, a national nonprofit. The institute also found that in California, the average cost to incarcerate a youth was $304,259 per year. The Arizona Department of Juvenile Corrections runs one youth prison, at an average annual cost of $148,474 per inmate, the report found. At the end of 2019, the California Division of Juvenile Justice reported having 747 juveniles in its facilities. An estimated 218,000 young people spend time in detention each year.

Renee Menart, a communications and policy analyst for the nonprofit organization Center on Juvenile and Criminal Justice, understands how a transition from the state system to county facilities may seem sudden, but the move is designed to respond to problems “inherent to the structure of a large, state-run youth prison system.”

“When you place hundreds of youth together in large facilities – where they are in prison conditions with locked cells and barbed wire fences and hundreds of miles between them and their family – those conditions set you up for the perpetual issues of violence and isolation as a response,” Menart said.

Today, we celebrate a win for youth justice in California with @GavinNewsom’s signing of #SB823. Investing in youth development, not incarceration, means a better future for young people in our state. #CloseDJJtheRightWay pic.twitter.com/xQbb0GX0kW

In July 2021, California will establish an Office of Youth and Community Restoration to support the realignment, evaluate and report on the efficacy of these county programs and promote “trauma responsive, culturally informed services” for young people within the system.

Some advocates worry the shifting responsibility to the counties amounts to merely relocating a recalcitrant problem.

Lawyer Frank Guzman, who spent six years in the juvenile justice system after being arrested at age 15 for armed robbery, now serves as director of the California Youth Justice Initiative at the National Center for Youth Law, a nonprofit law firm.

“We leave counties off the hook, not recognizing that it was the counties that created that problem for the state,” said Guzman, adding that counties relied too heavily on the state system where offenders were “out of sight, out of mind.”

For the transition to work, health-based community services to address the needs of young people will be crucial.

“Nothing would help a young person heal if they’re just moved from a youth prison in the Central Valley to a dungeon in their backyard,” Guzman said.

Dr. Robert Ross, president and CEO of the California Endowment, a nonprofit focused on improving health care in California, said the goal is to shift to a “restorative village concept” in which the county systems partner with “a trusted, community-based nonprofit organization (that) is providing an array of wraparound services.”

Beginning fiscal year 2022-23, to receive state funding, California counties must submit a plan to the Office of Youth and Community Restoration describing “the facilities, programs, placements, services, supervision and reentry strategies that are needed to provide appropriate rehabilitation and supervision services.”

Ross said the work for activists and organizations now moves “from one big fight to 58 fights.”

“It will be our job in philanthropy to make sure that the community and grassroots organizations, who are serving the needs of these impacted young people, are resourced well enough to fight these fights,” he said.

In California’s biggest city, leaders are taking other steps they hope will improve the treatment of youth offenders. In November, the Los Angeles County Board of Supervisors voted to “commit to transitioning the county’s youth justice system to the care-first model” proposed by the Youth Justice Work Group.

Shane Goldsmith, the president and CEO of Liberty Hill Foundation, and other activists have high hopes Los Angeles County can set an example going forward.

“LA is being bold – LA is crafting these youth development centered solutions,” Goldsmith said. “The state can lift that up as a model … to say, ‘This is the kind of thing we want to see with this realignment.’”

So thankful for all who participated in the Youth Justice Reimagined process and its vision for a future that recognizes justice system involvement is an urgent health equity issue + gives all young people in LA County the chance to grow and repair harm 💚 https://t.co/hdcn0K9ci1 pic.twitter.com/thhibvqEbx

Right now, Ross said, there’s a “magical trifecta” in which recommendations from juvenile justice research, solutions and programs from community-based organizations and support from voters are in agreement that “there must be a better way.”

In a survey conducted in August and commissioned by the California Endowment, 68% of voters supported “closing youth prisons and replacing them” with nonprobation based youth development and public health services.

“If done well, this particular realignment can be a powerful and compelling historical legacy for the state in terms of juvenile prisons,” Ross said. “But there are ways for it to go wrong, too.”

Guzman said one of the biggest worries is the “culture change” needed to create substantial and lasting reform does not happen.

“I’m just concerned, as a formerly incarcerated person and a person who sees the system’s ineffectiveness and unwillingness to really step up to the task of rehabilitating and serving young people,” Guzman said. “I’m concerned that it’s just going to be business as usual.”