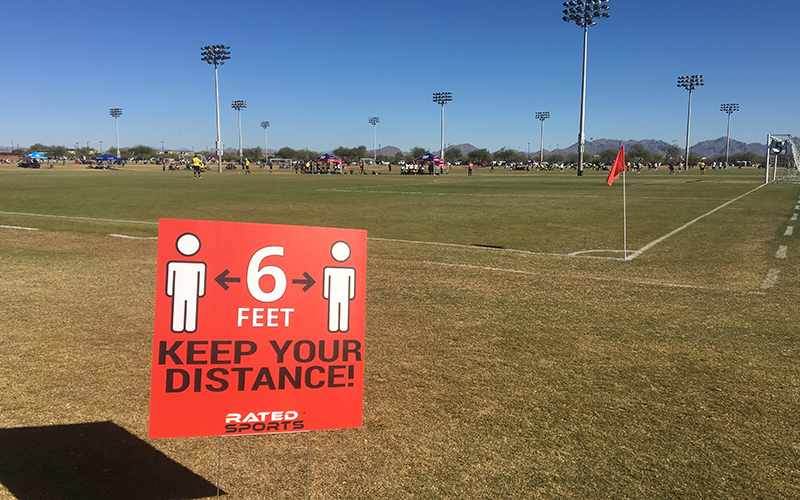 PHOENIX – The City Council is expected to decide as early as Wednesday whether to cancel sports tournaments scheduled for December through February because of the continuing spread of COVID-19.

Safety concerns have risen recently as Arizona has hosted tournaments involving increasing numbers of out-of-state teams, even as the number of infections continued to increase statewide.

Scrutiny and criticism increased when the Desert Super Cup youth soccer tournament – which last year had 56 out-of-state teams over the Thanksgiving weekend – drew about 340 teams from outside Arizona. The increase was attributed to teams from states where COVID-19 standards prevent tournaments from taking place.

Phoenix Mayor Kate Gallego issued a statement last week saying she was “gravely concerned” about the possible spread of COVID-19 at the Super Cup but did not cancel the event.

Reactions on social media were varied. Some supported the decision as part of a return to normalcy, citing the potential mental health benefits of youth sports. Many others said the mayor’s lack of action was irresponsible and a potential danger to public health. 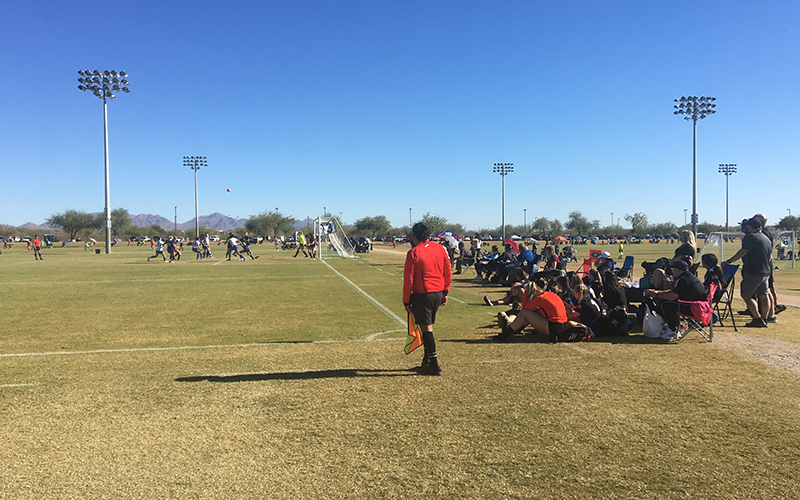 Onlookers at the Desert Super Cup enjoy a little soccer in the sun over the Thanksgiving weekend. (Photo by Aaron Bradley James/Cronkite News)

“I think that the criticism was warranted on some level due to the number of out-of-state teams,” said Geoff Borger, president of Arizona Arsenal Soccer Club, which had more than 10 teams competing in the Super Cup last weekend.

“I think that AASC and Arizona Soccer Association is doing everything that they need to do to keep our kids, our coaches and the parents safe,” he added. “They’re taking the necessary precautions.”

The eight-member City Council will consider whether to proceed as planned with future tournaments, limit out-of-state participation or cancel the events altogether.

About 4,000 teams scheduled to compete in Phoenix tournaments in the next few months – about half of them from out-of-state – await the decision.

Local youth tournaments likely to be immediately impacted include the Cactus Winter Classic (softball) and the Salvation Army Christmas Angel (soccer), both scheduled for this weekend.

The impact of any cancellations isn’t clear, but tournament organizers could respond by simply moving their events to facilities outside Phoenix.