Democratic presidential nominee Joe Biden and his running mate, California Sen. Kamala Harris, at the Heard Museum during an October campaign stop in Arizona. The two held a narrow lead over President Donald Trump in unofficial election returns this week, the biggest win in what some say could be a “blue wave” in Arizona this year. (File photo by Melanie Mason, Los Angeles Times/Pool photo)

WASHINGTON – Democrats made impressive inroads in Arizona on Election Day, but experts say it may be too early to determine whether the voting was a “blue wave” – or just “blue-ish.”

But with thousands of ballots still to be counted, not all the results may hold up and that supposed blue wave could ebb. That has already happened with Tipirneni, who slipped behind Rep. David Schweikert, R-Fountain Hills, after a new count Wednesday, which also showed President Donald Trump gaining slightly on Biden.

That could continue, experts say, since many of the already-counted early ballots were cast by Democrats, while later voters were more likely to have come from Republicans.

“Biden had a 240,000-vote lead and Mark Kelly had a 271,000 vote lead in the first batches of ballots,” said Paul Bentz, senior vice president of research and strategy at HighGround Public Affairs. “That has slowly declined as more Republicans have shown up.”

Even if some of the Election Day leads fall away, however, the Democrats’ overall gains in Arizona, particularly in Maricopa County, cannot be ignored, said Bill Scheel, a partner for Javelina Consulting.

“Maricopa County Democrats took control of the county board of supervisors for the first time in at least 50 years and maybe longer,” Scheel said Wednesday of Democrats 3-2 board majority in unofficial results.

County voters also returned Democrats to jobs as county sheriff and county recorder, and a Democrat was leading in the race for county schools superintendent, according to unofficial results. It appeared that Democrats also picked up a state Senate seat, although they remain shy of majorities in both chambers in the statehouse.

Scheel said a large majority of the blue votes in the state have come from Maricopa County, which he said is “60 percent of the population and the vote.” In Maricopa County alone, experts agree that when it comes to local races, a “blue-ish” wave has been seen.

Jason Rose, an Arizona political consultant, added that in Maricopa County “there were two Republican supervisor districts that would, in any other year, would have stayed Republican, and they both got beat.”

If there is a blue wave, Rose said, he thinks it could be short-lived.

“I believe the president has a shot (of winning Arizona) based on the ballots that are outstanding and how well those ballots are likely to resemble the Election Day vote, which in Maricopa county, favored the president by 26 points,” Rose said.

That shot – and the fact that some news outlets called Arizona for Biden on election night – still upsets Republicans like Rep. Andy Biggs of Gilbert. Biggs, who easily won reelection, said Wednesday that the presidential race should “NEVER should have been called last night.”

“I believe President Trump will win Arizona, giving him the pathway to a second term as our Commander in Chief,” Biggs said in a statement Wednesday.

While experts are encouraging people to hang tight on the “blue wave” label, Arizona Democrats were focusing on their progress and the surge of blue voters that they call extremely noteworthy. Rose believes this may be a historic moment for the state.

“If Arizona ends up being the ‘Florida’ of this presidential election cycle and it all comes down to Arizona, what a crazy, historic moment that is for our state,” Rose said. 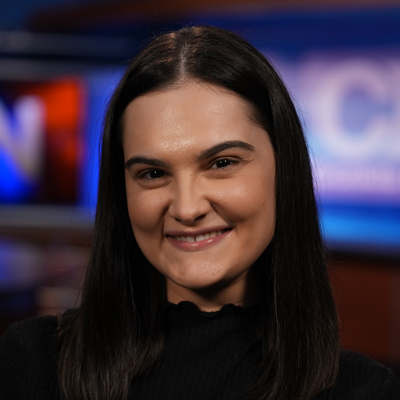