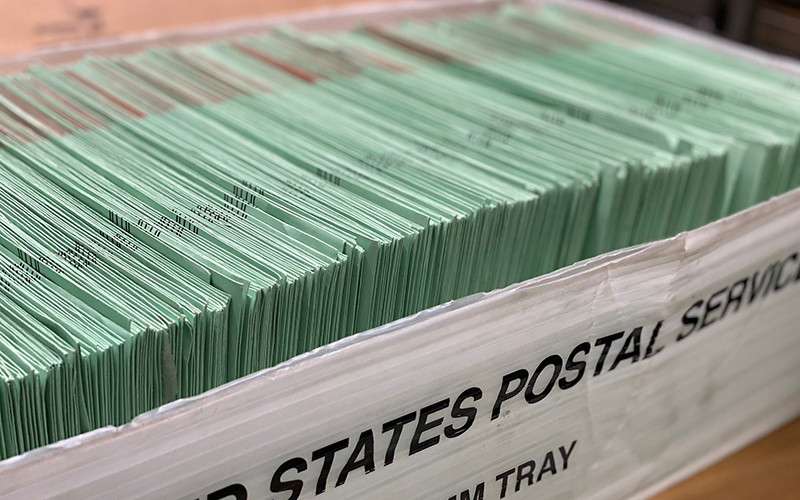 Some of the almost 1.7 million early ballots received as of Monday by the Maricopa County Elections Department, which are part of the record-setting more than 2.6 million ballots turned in statewide before Election Day. Recorders are cautioning voters that complete returns will likely not be available election night. (Photo courtesy Maricopa County Elections Department)

WASHINGTON – Tuesday is Election Day, but county election officials are asking voters to think more in terms of election week.

Recorders say they do not expect problems – in fact, they believe Arizona is in better shape than most states – but are trying to tamp down expectations in light of what could be record-breaking turnout for a highly emotional campaign.

“So many people don’t realize that election night is never the final count,” said Yavapai County Recorder Leslie Hoffman, who asks people to be patient so elections officials can get it right.

She may get her wish if a recent survey is any indication.

The Tyson Group survey for Secure Democracy found that 80% of Arizona voters, including majorities of both Democrats and Republicans, preferred accuracy over speed in election results. It also found that 69% did not expect the count to be finished on election night and 64% said a delay in announcing results would be understandable.

“This survey makes it clear that elections officials and policymakers should feel empowered and obligated to count every vote, and that media outlets should report accordingly,” said Sarah Walker, director of state and federal affairs for Secure Democracy.

The phone survey of 600 Arizona voters was taken from Oct. 4-7 and has a margin of error of plus or minus 4%.

It’s not that recorders don’t have their work cut out for them. More than 2.6 million mail-in ballots had been returned by Monday, representing more than 70% of ballots mailed out this year, according to the Arizona Secretary of State’s Office. That matches the total 2.6 million ballots cast in 2016. 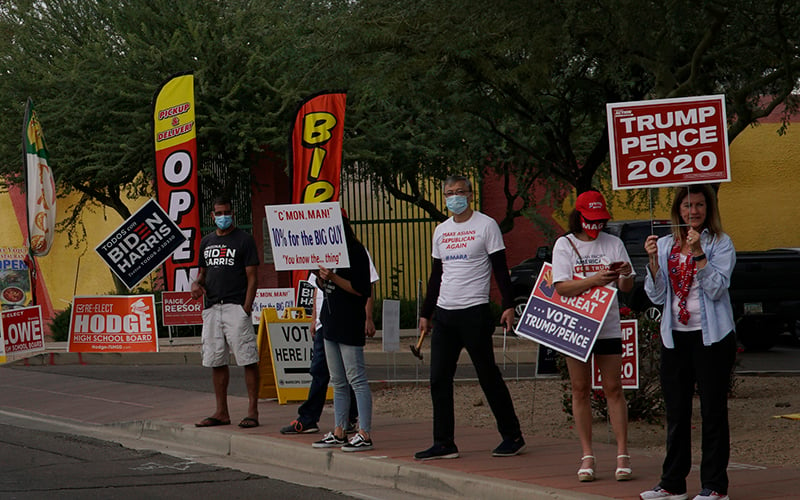 But Arizona has an advantage there over other battleground states like Pennsylvania, Ohio and Michigan, which are prohibited from counting ballots before Election Day. Arizona elections officials can start counting early ballots two weeks out.

And Arizona has a history with mail-in voting that other states do not have. Arizona began mail-in voting in 1996, making the state’s election officials well-prepared to process a record-breaking number of mail-in ballots in 2020.

“We have over two decades of experience, relative to other jurisdictions in the nation, so we really lead the way in a secured process,” said Diana Solorio, public information officer for the Maricopa County Recorder’s Office.

All those ballots will be tallied before Election Day, and with fewer ballots to process on election night, county election officials will have a more complete tally when the first returns are announced at 8 p.m. Tuesday.

But this is by no means the final result. Winners and losers of races cannot be declared until all the ballots have been counted and certified.

While President Donald Trump has repeatedly questioned the integrity of mail-in ballots – even though he voted by mail himself – Arizona officials point to their experience and to safeguards built into the system as proof that those votes are secure.

Solorio said all ballots, mail-in or in-person, require a form of identification for authentication. For in-person voters, ID must be presented before a ballot can be cast, while mail-in ballots include a signature that must match the one on file.

Signature verifiers judge the authenticity of signatures on ballot envelopes against county records of the voter, such as the signature on a voter’s driver’s license, Solorio said.

“They receive forensic signature training, and they have to match the signature on 23 points, like the type, the slope, the slant, how hard you press into your signature,” Solorio said. “There’s all these different points of analysis in order to confirm.” 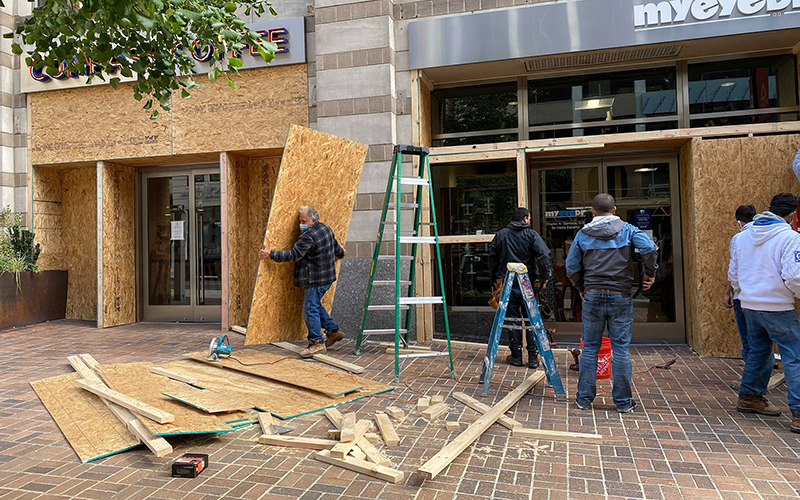 Once authenticated, ballots are sent to a processing center where a bipartisan board separates envelopes from ballots, then sends the ballot on to be counted by a voting machine, Solorio said. That machine uploads the information to a drive that is not connected to the internet; it’s only connected to the server in the room.

Each county recorder’s office also has a live feed for every step of the vote counting process available to the public. And nobody has access to the results of the election until 8 p.m. Nov. 3 when the first results are made public.

“So everybody finds out at the same time,” Solorio said.

The Arizona Republican Party did not respond to a request for comment, but an Arizona spokesman for the Biden campaign said he trusts the outcome because of the state’s history with mail-in voting.

“We have a great deal of confidence in elections officials,” Geoff Burgan said in an emailed statement. “We encourage Arizonans to vote early and tune out the noise that’s coming from the other side.”

Arizonans have voted early. And, according to the Secure Democracy poll, 89% of state votes are confident the state can properly conduct an election to produce an accurate result.

While problems could crop up at Election Day polling places, Hoffman is optimistic that things will go smoothly.

“We have not had any indication that we’re going to have any problems at our polling locations,” Hoffman said. “We haven’t had problems in the past, but if there’s going to be anything, we might have electioneering.”

She said calls to her office have been “a little more aggressive” this year, but more out of anxiety than mistrust.

“It’s more frustration than mistrust,” Hoffman said. “Because people get used to voting a certain way and when you change it, it creates frustration… We have to do a lot of additional explaining on why things are done a certain ways and why some things might take longer.”

While voters are not always patient when it comes to getting results, Hoffman said they may have helped their case this year by voting early.

“That’s why we’ve asked them to please get everything in early. That way you get your results, we get to provide you better results than having to wait,” Hoffman said.