Just days before Election Day, elections officials are on alert for voter intimidation – which can range from threatening emails to campaigning too close to a polling location – and working to educate voters about their rights and how to respond.

Intimidation is illegal under state and federal law, and can result in lawsuits, fines or imprisonment.

In Arizona specifically, it is a misdemeanor “to intimidate any person for voting for a candidate, for refraining from voting or to vote against another candidate,” said Amy Marshak, senior counsel at Georgetown Law’s Institute for Constitutional Advocacy and Protection.

Under Arizona law, private citizens are prohibited from bringing a weapon within the 75-foot radius established around the polling location. Even outside the 75-foot limit, the Arizona Secretary of State’s Office website considers an “aggressive or ostentatious display of weapons” to be voter intimidation.

Marshak attributed this year’s concern to increasing activity by private paramilitary groups, and experts pointed to a history of voter intimidation along racial lines as a continuing concern.

“We saw more private paramilitary activity going on at protests around the country, often in response to Black Lives Matter protests, coming out to claim to be defending private property,” Marshak said. “And then, as the elections are coming up, we’ve heard reports that there may be people with plans to go to the polls armed.”

Zack Czajkowski, the political director for the Lincoln Project, said voters should be aware of options to report intimidation to help Americans trust in the election process.

“We live in a scary time right now, and I think there are real questions surrounding the integrity of the election. That’s not a good thing for our democracy,” said Czajkowski, whose group of former Republicans opposes the reelection of President Donald Trump.

The Lincoln Project is also encouraging voters to report incidents through SeeSay2020, a platform that maps and tracks reports submitted by voters and verified by a team of volunteers. In the 2018 midterm elections, voters reported 1,133 incidents of intimidation on SeeSay, with 623 of those validated by officials. 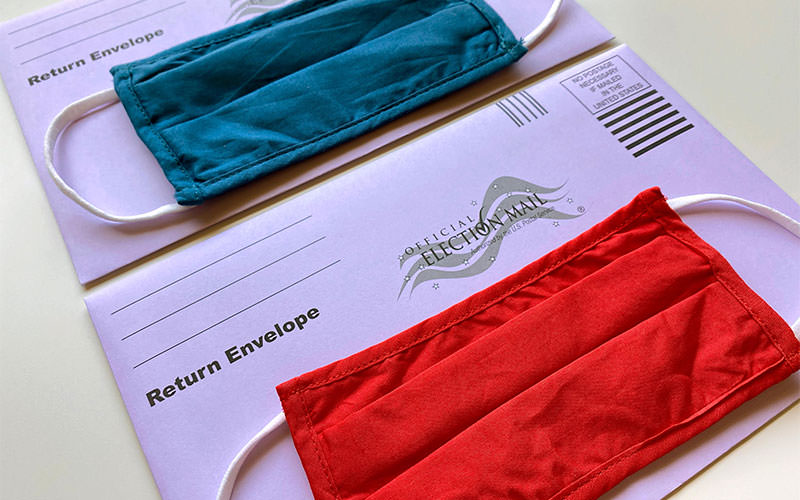 7 common mistakes to avoid when voting (no, don't mail that ballot)

The Secretary of State’s Office includes such activities as “intentionally disseminating false or misleading information” and “posting signs or communicating messages about penalties for ‘voter fraud’ in a harassing or intimidating manner.”

The secretary of state’s website recommends people first inform a poll worker before trying to take photos or video to document any incident. Those who feel intimidated while voting also can report it to the local election office, through the voting incident form provided by the Secretary of State’s Office, or to local law enforcement if there is an immediate threat.

Twitter has labeled some of President Trump’s tweets about election integrity as misinformation. Trump has questioned the integrity of mail-in ballots, claimed results must be decided on Election Day and encouraged volunteers to be “Trump election poll watchers.”

Arizona Secretary of State Katie Hobbs said her office has not received reports of voter intimidation in the 2020 election.

“Certainly, it’s on our radar, because of things that are happening nationally, calls that are being made for people to go and watch the polls,” Hobbs said. “What’s important for everyone to know is that voter intimidation of any kind is illegal, and it will not be tolerated.”

However, what happens before the polls close at 7 p.m. Tuesday isn’t the only concern, Gov. Doug Ducey told a news conference Thursday.

“It’s our hope and expectation that there will not be civil unrest,” Ducey said. “If we do (have unrest), the National Guard is at the ready – and we won’t hesitate to call them out.” 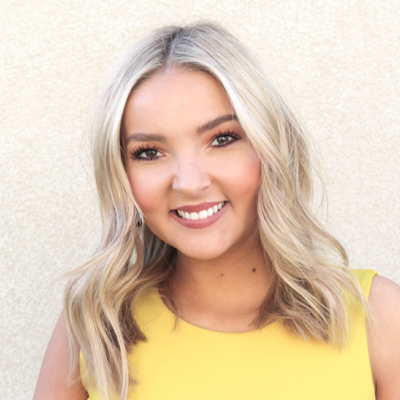 Faith Abercrombie expects to graduate in May 2022 with a degree in journalism. Abercrombie, who has was a videographer for the Phoenix Children’s Hospital Foundation and interned at the city of Phoenix’s PHXTV, was a part of the Cronkite School’s “Life Is …” initiative on youth suicide. She’s a broadcast reporter for Cronkite News this spring.