By Shawn DePaz/Special for Cronkite News 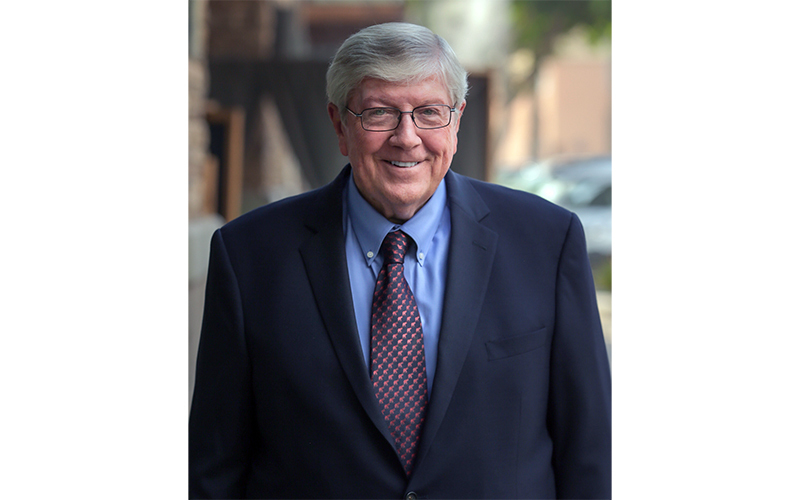 Former securities trader Jim O’Connor calls himself an “originalist” regarding the Arizona Constitution, so he wants to be sure the Corporation Commission doesn’t act beyond its responsibilities. (Photo courtesy of Jim O’Connor)

O’Connor said he and the other candidates have been advised that their job on the commission would be “judicial in nature,” so, like a judge, if he were to make definitive statements on an issue, he would have to recuse himself when the commission actually deliberated on that issue. But he was comfortable speaking more generally.

“It feels like everybody’s on the same page for clean, for renewable (energy) without government mandating it, without a forced push, and that’s an important thing, at least from my standpoint.”

“The first words out of my mouth will be ‘Not so fast.'”

Electricity costs were low when he moved to Arizona about two decades ago, O’Connor said, but power now takes a big part of his monthly budget.

As a commissioner, O’Connor said, he would have a constitutional obligation to learn all the facts and decide deliberately whenever a rate case came before the commission.

His knee-jerk reaction is to say “never.”

“I’m not looking for a political career, that’s not why I’m offering myself to serve here, but I do know how to do the right thing, and I’ve spent a lifetime doing that on every occasion.”

He has some concerns in general but just wants to make sure all voices are heard.

“No matter who you are, no matter what party you’re in, I want your vote to count. If you’re going to vote against me or against my favorite for another job doesn’t make any difference.”

O’Connor calls himself an “originalist” regarding the Arizona Constitution, so he wants to be sure the commission doesn’t act beyond its responsibilities.

His main responsibility is to keep the “monopoly” water and power rates reliable, safe and affordable. (By state law, public service utilities are regulated monopolies given the opportunity to earn a fair and reasonable return on investments, as decided by the commission.)

O’Connor wants to focus on getting feedback directly from Arizonans. The commission has a complaint desk where residents can formally complain about issues, such as a disputed power bill. But those complaints can take far too long to actually reach the commissioners.

To get the feedback he wants, O’Connor would set up monthly phone-in town hall meetings where ratepayers could discuss issues directly with commissioners.

O’Connor called himself “eminently qualified.” He was part-owner and manager of an investment firm that managed $1.4 billion in assets, and served as the company’s chief compliance officer, which is important because the securities industry is highly regulated.

“I can carry the load, that’s what I’ve done and I’ve done that very, very successfully.”

In 1994, he said, the California State Senate asked him to serve on a committee to advise Orange County after it went bankrupt because of “investment shenanigans.” Since then, he noted, Orange County has not had another bankruptcy.

What is a personal challenge you need to overcome?

Getting enough votes to become a commissioner, he said, joking.

O’Connor said his friendship with Corporation Commissioner Bob Burns has shown him that the job is complex.

“(Burns) said he continues to learn something every day on the job. I’ve been a lifelong learner myself, so I’m really excited about the position and being exposed to new things and new people and new ideas.”

“I’m a Christ follower. Christ has two kinds of people, he’s got fans and followers, and I’m a follower, not a fan, which means I live every day to please him.”