By James Franks/Special for Cronkite News 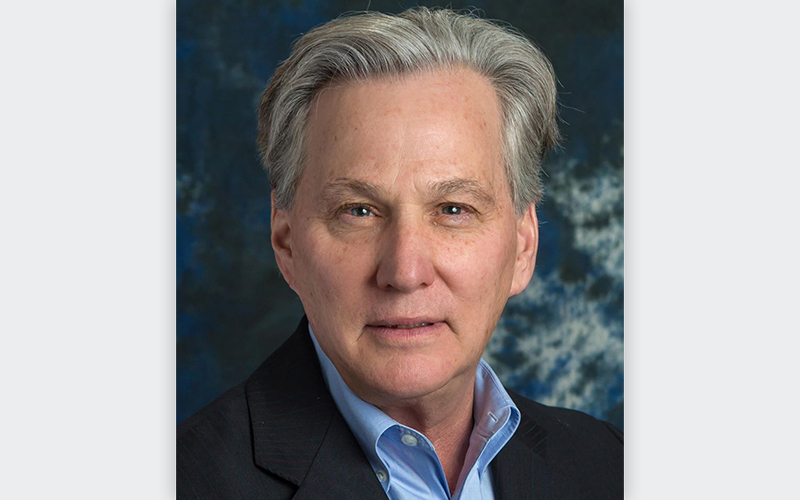 Bill Mundell says dark money, which comes from political donors who aren’t legally required to reveal their names, is a threat not only to the Corporation Commission but to democracy itself. Arizona should follow the example of other states that have banned it, he says. (Photo courtesy of Bill Mundell)

Mundell was a co-creator of the 2006 standards. At the time, Arizona was a leading provider of solar energy, he said, but that changed in the following years.

“We have fallen behind our neighboring states,” Mundell said, adding that enforcement of REST needs to significantly increase.

“You don’t have a choice where you buy your electricity, your water, or wastewater, or your natural gas service or if you still have a landline” telephone, Mundell said.
Utility companies often are monopolies, he said.

“That’s why it’s so important that we have rooftop solar because of people and businesses. ASU and other universities are putting on their own solar on their facilities, utilities are not building new power plants and can’t come to the commission to raise rates.”

Mundell referred to a 2019 incident in which a Sun City woman died after Arizona Public Service, the state’s largest utility, turned off her power because she owed $51.

“We need to look at the temperature, the humidity, and to make sure that turning off or disconnecting electricity from a person is the last resort and not the first resort for $51,” Mundell said.

Arizona is “in pretty good shape.”

“We’ve been doing mail-in ballots for years and that’s what’s so ironic. I mean both Republicans, Democrats, and independents love mail-in balloting in Arizona.”

Protecting the environment, especially water supplies, is No. 1.

“Whether it comes to making sure we have water sustainability, clean and adequate water for our grandkids, our great-grandkids and future generations, water is a very important issue facing the state of Arizona.”

The first is making Arizona the solar capital of the world. “It is ridiculous that we are behind New Jersey and New York.”

The second is stopping unjustified rate increases from APS.

The third is stopping “dark money that has not only corrupted the commission but our democracy in general.”

Dark money comes from donors who aren’t legally required to reveal their names, and it’s not illegal in Arizona. Mundell urged Arizona to follow the example of other states that have banned it.

Mundell said his varied and extensive experience as a government official prepares him for the job, and he has a history of making a difference.

At 27, he was appointed presiding judge of the Chandler Municipal Court. He also served in the Arizona Legislature for five years.

“I became the chair of the House Environment Committee where I wrote numerous laws protecting Arizona’s environment, including a law preventing Arizona from becoming the dumping ground for hazardous waste in Arizona.”

“I need to be a little more gregarious, but I’m a policy wonk.”

Teddy Roosevelt “talks about getting in the arena. Eating in the public policy arena, and getting your nose bloodied, and getting back up again, and fighting for what you think is fair, and just, and right in our society.”