Judicial Performance Review is a tool for Arizona voters, but it’s not often used

By Kenechi Anigbogu/Special for Cronkite News 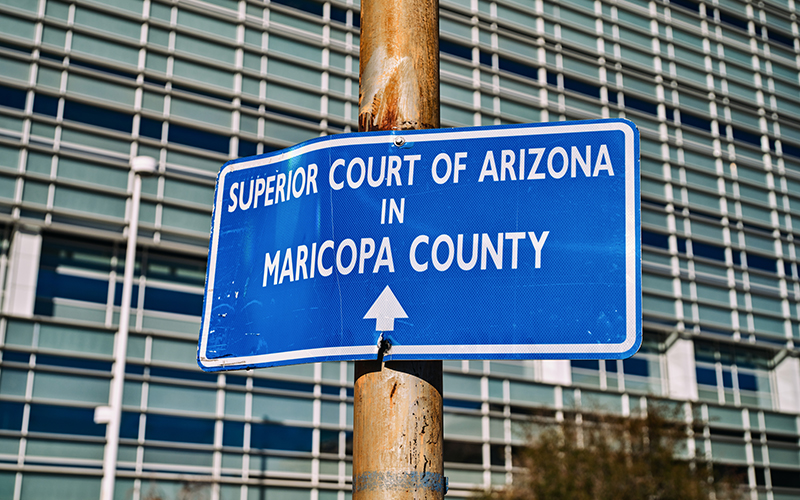 Voters in Maricopa and three other Arizona counties have the right to decide whether Superior Court judges should keep their jobs. But most voters don’t have a clue on how to make an informed decision, so they skip that part of the ballot. But there is a way to learn more. (Photo by Tony Webster/Creative Commons)

With the election just days away, Cronkite News is profiling issues on the Nov. 3 ballot.

Voters in Arizona’s four largest counties have the right to decide whether to retain Superior Court judges, but how can they know whether a judge is fit to remain on the bench?

In Maricopa, Coconino, Pima and Pinal counties, which each have populations of more than 250,000 people, judges are chosen for the bench through merit selection rather than direct election, as they are in Arizona’s 11 smaller counties. After being appointed, judges must go through periodic retention elections to continue serving. Supreme Court justices and appellate court judges also are subject to retention elections statewide.

In Maricopa County, there are 40 Superior Court judges, 11 Court of Appeals judges and three Supreme Court justices on the Nov. 3 ballot.

“I was a little overwhelmed by all of the judges there were on the ballot,” said Sunny Sabin, 21, of Phoenix, who was voting for the first time. “I don’t know if I would have researched every judge.”

The sheer number of judicial candidates is common roadblock for voters, said Aaron Nash, communications director for the Arizona Supreme Court and Administrative Office of the Courts.

“In Maricopa County, seeing 40 names on the ballot can be overwhelming and they just skip it,” Nash said in an email interview. “If they haven’t been to court or followed court cases, they don’t want to cast an uninformed vote or guess.”

GOP expects Schweikert to hold off challenger; analysts aren't so sure

Most people don’t vote on the judges, Nash said, and “there is some anecdotal evidence that the vote on judges generally falls around a 70/30 split on yes v. no.”

The Judicial Performance Review, an online report that rates the judges on competence and integrity, is a solution for those who say it is too time-consuming and impractical for individual voters to conduct their own research on judges.

The Commission on Judicial Performance Review aggregates the questionnaire data and decides whether each judge meets judicial performance standards.

Most judges get unanimous approval from the 33-member commission. This year, three out of the 40 judges in Maricopa County Superior Court – Suzanne Cohen, Adam Driggs and Jo Lynn Gentry – did not. Gentry received the lowest number of approval votes, with six commissioners voting that she did not meet judicial performance standards.

Susan Edwards of Phoenix, a former member of the judicial performance commission, said voters often wonder how so many judges can be retained every election.

What voters don’t realize is that the judges have to go through a rigorous process to be selected for the bench in the first place, she said, and sometimes a judge with bad reviews will take the easy way out and not face voters.

“What will happen sometimes is a judge gets a really bad review on questionnaires and they end up choosing to resign rather than to run for retention,” Edwards said.

The judicial performance review system is beneficial because it aids voters in their decisions while also suggesting where each judge can improve, she said.

The process suffers, Edwards said, when voters don’t understand how it works.

Eli Bliman, 23, of Phoenix, said he had never heard about the Judicial Performance Review before, and he struggled with voting on judges.

“I think (the performance review) having more promotion might remind people that they were even voting on judges because that was something that I’d forgotten about in the heat of all the propositions and other elected races that get a lot more coverage,” Bliman said.