By Andrea Aguilera/Special for Cronkite News

Human trafficking and immigration are the biggest issues facing Arizona, Josh Barnett says, and both problems are tied to the border with Mexico. (Photo taken via Zoom/Cronkite News)

He praised South Dakota Gov. Kristi Noem, saying she did the right thing by trusting the people – a model he thinks Arizona should have followed.

“Put some trust in the people, use common sense, social distance, wash your hands.”

Choosing which Arizona businesses had to close and which businesses could remain open was unconstitutional, Barnett said.

Barnett said he has spoken extensively with multiple doctors, including Dr. Richard Urso, a Houston ophthalmologist, who claim that hydroxychloroquine, zinc and azithromycin, if administered early and properly, will save lives.

“To let people die unnecessarily is what I feel is being done right now because we aren’t treating the way it should be treated.”

The elderly and other people at risk “are the people that we should be concerned about.”

The FDA has said hydroxychloroquine, an arthritis drug used to prevent malaria, is ineffective in fighting COVID-19 and could pose fatal risks to people with heart disease.

“Yes, I do, not having voter ID, and the mail-in ballots are setting us up for failure.”

Barnett is concerned about double voting. He pointed to a case under investigation in Georgia, where that state’s top election official has identified about 1,000 cases of double voting in primary and runoff elections this year.

“If you can social distance and wear a mask and go to Target/Walmart, then you can go vote,” Barnett said, adding that voters who fear going to the polls can get an absentee ballot. 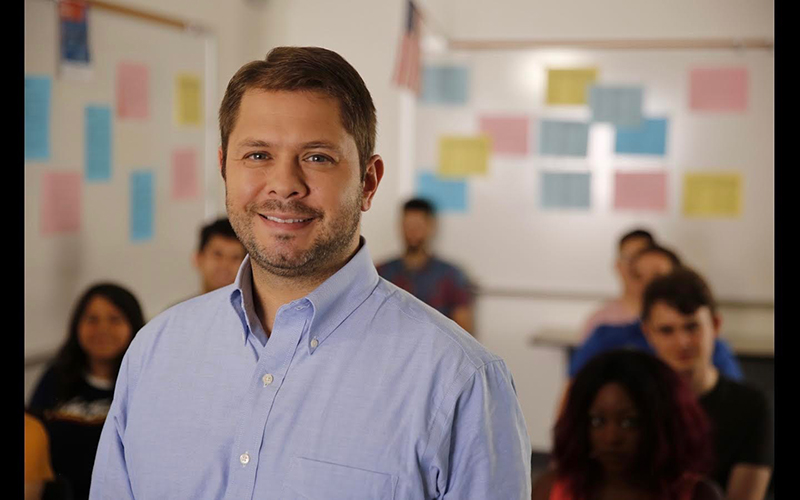 “We can’t keep fighting racism with more racism,” he said.

Barnett said Americans have to fight for things that bring them together, and divisive language doesn’t bring people together.

Racism needs to be addressed, but it isn’t what it’s made out to be by the news media, and the country as a whole isn’t like that.

Human and child trafficking, followed by immigration. Both problems are tied to the border with Mexico, he said, and reform of the entire system is needed. A wall is needed to control the border, he said, but undocumented immigrants who aren’t felons and are living in the United States should have access to permanent residency so they’re protected by law and paying taxes, although without voting rights.

Barnett said human trafficking needs to be covered by the news media as much, if not more, than the COVID-19 pandemic to make people more aware of the problem.

School choice. A ZIP code should not dictate where a child goes to school because different kids have different needs, he said, and “you should be able to pick a school that’s going to best fit your child’s needs.”

Barnett said he’s the better choice because in owning different businesses for the past 16 years, he understands what it takes to start a business, run it and accommodate all kinds of people. Also, he has the business mindset needed to address problems.

Delegating certain tasks to certain people. He said he wants to have his own people with him in office, people he can trust and delegate some things to. Nothing ever gets done when the same people remain in office for a long time.