The information security officer for the Maricopa County Recorder’s Office said one threat to electoral safety that’s not often thought about is the vulnerability of official social media accounts, which could be used to spread disinformation if breached. (Photo by Yuri Samoilov/Creative Commons)

WASHINGTON – Election officials need to be as concerned about voting disinformation as they are about people tampering with ballots themselves, a Maricopa County official said Wednesday during a forum on securing the election.

Michael Moore, information security officer for the Maricopa County Recorder’s Office, said “voter confidence is paramount,” but he worries that a breached social media account could allow misleading or hurtful information to get to voters.

“The thing that I’m most concerned about is social media – both disinformation out there, as well as the potential for official accounts being compromised,” Moore said.

The comments came during a conference of state officials and elections security experts from around the country who met to discuss the security measures ahead of the November election, which is expected to see massive voter turnout.

“No matter how many Michael Moores we have out there, if the Russians ever wanted to focus on Maricopa County, they’re going to find a way in,” Warner said. “It’s not Michael Moore’s fault, it’s just a nation-state going against a county in the U.S.”

Moore said that when he began working for Maricopa County six years ago, one of the first things he did was focus on information security. That included working to organize a password management system for all of the county’s official social media accounts that stores longer, more complex passwords that only people with a need-to-know have secure access to. 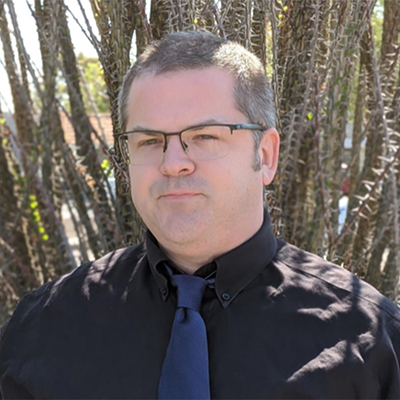 He said his department works with the Arizona Counter Terrorism Information Center, or Fusion Center, to communicate with the federal government about any threats that the state may encounter.

While the need to confront these attacks has grown along with their complexity, Moore said there’s a two-prong approach for preventive measures that local officials can take.

One of government communications departments having a good relationship with local news media in order to educate the public and disseminate truthful information as often and as quickly as possible.

One tool he recommends is TweetDeck, operated by Twitter, that allows users to monitor their own news feed, notifications and trending hashtags.

“Voter confidence is paramount,” Moore said. “We cannot have these official accounts being compromised.”

A particular concern this fall is the potential number of mail-in ballots, as the COVID-19 pandemic drives people to find safer ways to vote.

While Arizona voters have long used mail-in ballots – Moore said more than 80% of voters were registered with the Permanent Early Voting List over the last decade – local officials are still taking precautions.

Last week, Maricopa County worked with the U.S. Postal Service to run through potential scenarios and how the county will react to misplaced or missing ballots, Moore said.

Moore plans to train county election officials from around the state to become better prepared for future elections. He said that it’s his duty to share information that he knows about this issue with other local, state and federal officials.

“It takes a network to beat a network,” Moore said about the war on disinformation. “It’s going to take a team.”

Warner said that’s a far cry from 2016, when it would have been “politically unsettling” for an election official in one jurisdiction to talk to another about information technology threats. But the world has changed since then, he said.

“Some of those barriers have come down, and we’re more likely to talk about it because we understand what the others gain from our experiences,” Warner said.