Arizona’s monument to the 9/11 attacks notes the subsequent murder of Balbir Singh Sodhi in Mesa and news coverage that followed it. (File photo by Joanne Ingram/Cronkite News) 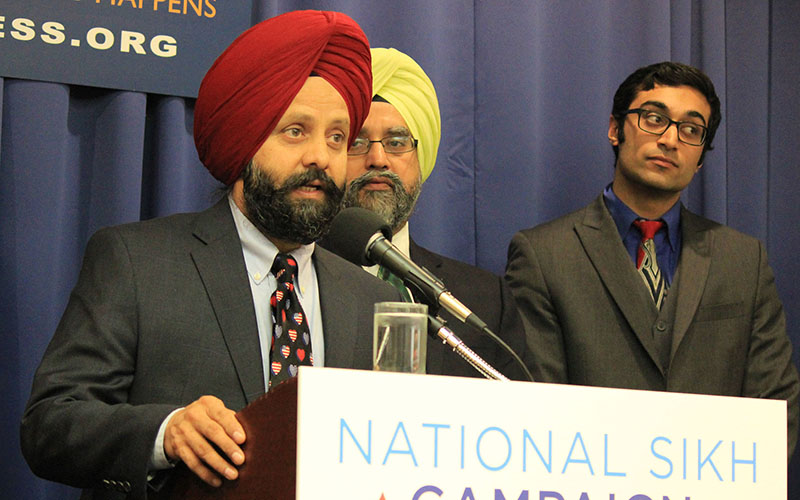 WASHINGTON – Balbir Singh Sodhi was helping with the landscaping outside his Mesa gas station on Sept. 15, 2001, when he was killed in a drive-by shooting by a white gunman, enraged by the 9/11 attacks days earlier.

The shooter, Frank Roque, thought he was targeting a Muslim. But Sodhi was a Sikh, who wore the turban and beard his faith required. He is considered by many to be the first victim of a hate crime post-9/11.

But not the last.

Kiran Gill, executive director of the Sikh American Legal Defense and Education Fund, said Sikhs across the nation were targeted and mistaken for Muslims in the wake of 9/11. Almost 20 years later, she said, the threats have not slowed down.

The FBI reported that hate crimes committed against Sikhs nationwide tripled from 20 in 2017 to 60 in 2018. In 2001, when Sodhi was murdered, crimes against Sikhs were not even counted in the FBI’s Uniform Crime Report.

“My father didn’t go to work for a few weeks after that (9/11) because it was a scary time. People were being murdered,” said Gurwin Singh Ahuja, co-founder and adviser for the National Sikh Campaign. 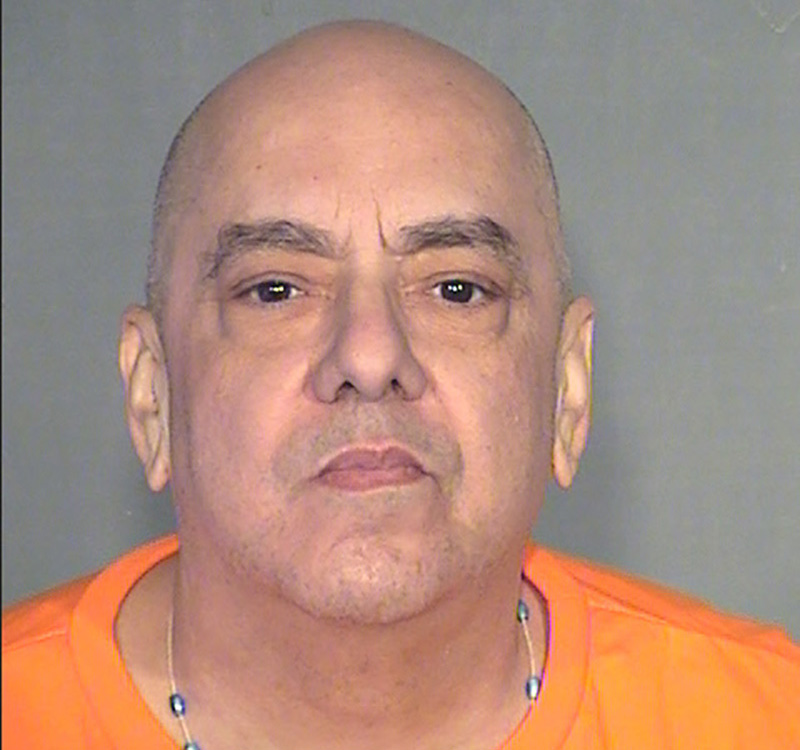 Frank Roque is serving a life sentence for the murder of Balbir Singh Sodhi, whom many consider the first victim of a post-9/11 hate crimes. (Photo courtesy Arizona Department of Corrections)

That sense of fear and apprehension is still present during daily life, for Sikhs and Muslims alike, they said.

Azra Hussain, president and co-founder of the Islamic Speakers Bureau of Arizona, recalls “an element of fear that my fellow citizens were scared of me” after 9/11. She said her organization, founded in 1999, saw calls drop off after 9/11, and that the rhetoric since then has not improved things for minorities in Arizona and the nation.

“Sometimes I think ignorance spawns fear and from that fear people will listen to anything that feeds into the narrative they are willing to listen to,” Hussain said.

So organizations like Hussain’s, Gill’s, and Ahuja’s are working to educate and change the narrative about Muslims and Sikhs. That includes media campaigns for TV and online platforms like YouTube, pushing for local education reform and providing speakers and panels to present information about religion.

In 2018, the Arizona State Board of Education approved new history and social science standards that would include Sikhism and other world religions, an initiative pushed by Anjleen Kaur Gumer and the Sikh Coalition.

“For Arizona, it was extremely important, and on a personal level, since I have two young boys who attend public school here,” said Gumer, a Paradise Valley resident and local advocate for the Sikh Coalition.

CORRECTION: A previous version of this story misspelled Anjleen Kaur Gumer’s name in the 11th, 12th and 21st grafs. The story here has been corrected, but clients who used earlier versions are asked to run the correction found here.

She wants her sons to be able to share who they are with their friends without fear of harassment, even though she said studies have shown that two of three children who wear turbans are bullied.

A 2013 study by the Sikh American Legal Defense Education Fund found that 48% of Americans associated a turban and a beard with Islam, and not Sikhism.

“The idea that the turban is signifying something related to 9/11 was completely incorrect,” said Gujari Singh, the fund’s director of media and communication.

State Rep. Athena Salman, D-Phoenix, believes the discrimination toward Muslims, Arabs, and those mistaken for them – such as Sikhs – comes from a lack of awareness. Salman, who is of Arab and Palestinian descent, explained the isolation she felt living in a white, conservative Arizona neighborhood after 9/11.

The groups doing that work said they are merely following the tenets of their religions. 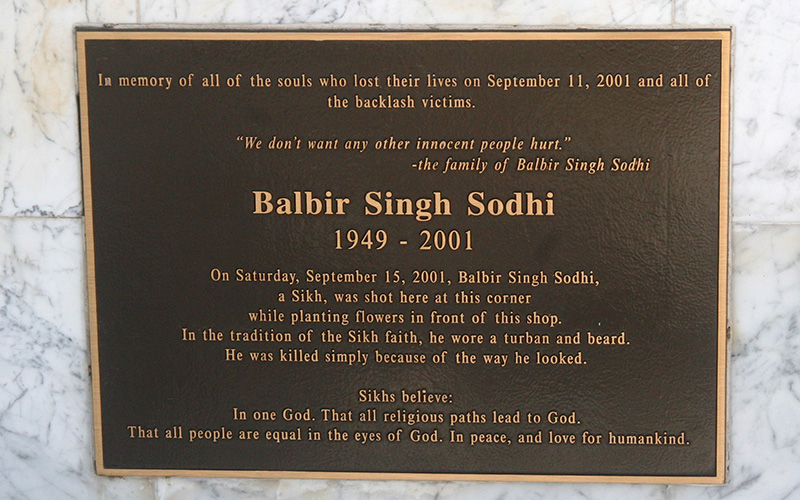 A monument stands outside the Mesa gas station where Balbir Singh Sodhi, a Sikh from India, was murdered days after 9/11 in a hate killing. (File photo by Joanne Ingram/Cronkite News)

Sikhs “believe there are no theological grounds to discriminate against people on the basis of their social identities, whether gender, caste, ethnicity, or otherwise,” according to the Sikh Coalition’s website. And Hussain said one goal of Islam is to make everyone around you a neighbor, regardless of differences.

Jaswant Sachdev, a Sikh who lives in Arizona, said the work being done to inform people in Arizona about the religion has helped shift public perception, but these efforts are not over. Sachdev, Gumer’s father-in-law, said he has been getting the message out since 2001, when he started to present to schools and colleges about Sikhism.

“I am very positive about it, somehow I carry that attitude. But I don’t want to say things have completely improved,” Sachdev said.

But Sachdev said he will continue to help the community the best he can, in order to show that Sikh values align with American values. Gill said it’s how Sodhi would have wanted it.

“Balbir Singh Sodhi believed in this country, and Sikh Americans do as well,” she said.