A rendering shows the plans for a Black Lives Matter street mural. The city manager has rejected the proposal, which would have been painted beside Talking Stick Resort Arena. The design included the faces of three prominent leaders in human rights movements: Martin Luther King Jr., Caesar Chavez and the late John Lewis, congressman from Georgia. (Image courtesy of city of Phoenix)

PHOENIX – City Manager Ed Zuercher has rejected an organizer’s proposal to place a Black Lives Matter street mural in downtown Phoenix, similar to those that have popped up across the country in the wake of demands for racial justice.

Zuercher on Wednesday rejected the proposal by Gizette Knight to place a BLM mural next to Talking Stick Resort Arena, home of the NBA Phoenix Suns and WNBA Phoenix Mercury. In a letter to Knight, Zuercher wrote that “based on existing regulations governing allowable marking in the street, as well as overriding concerns with safety, risks, and federal guidelines for marking on streets, the City of Phoenix cannot accommodate your request.”

Black Lives Matter murals in such cities as Washington, D.C., New York and Minneapolis inspired Knight, a Phoenix native, to take the initiative.

“I waited to see if anybody was going to do it, but nobody responded. So I took up the project and did it,” Knight said.

The proposed mural was to be painted on the street next to the arena and include images of such civil rights figures as the Rev. Martin Luther King Jr., Caesar Chavez and U.S. Rep. John Lewis of Georgia, who died this summer.

“All three of them were fighting for inclusiveness,” Knight said, “and Martin Luther King (and) Cesar Chavez revered each other. So I thought this was perfect.”

Although the mural could be considered a sign of unity, some Phoenix residents activists view it as an empty gesture and a distraction from larger issues that require great effort.

Phoenix should be more focused on policy changes, Williams said, adding that a symbol of unity would be more appropriate if the city and its residents were working toward inclusivity.

“We can’t have a symbol of unity when we haven’t done unity work,” he said. “If the intent is to have the city of Phoenix commit to making real change, that’s great. Let’s talk about that. Well, our city hasn’t made those commitments.”

On Twitter, City Council member Sal DiCcicio called the decision a victory. Zuercher’s letter, he said, is “Government Speak for: ‘Public would have handed us our ass if we allowed the BLM mural to happen.'”

Phoenix officials did not cite the specific ordinance that prohibits the painting of the mural.

In July, New York Mayor Bill de Blasio, along with his family and other several city officials, helped paint BLACK LIVES MATTER in large, yellow letters in front of Trump Tower in Manhattan.

“Our city isn’t just painting the words on Fifth Avenue. We’re committed to the meaning of the message,” de Blasio said on Twitter.

“We need to show, you know, Phoenix is on the right side of history,” she said. “You know, this movement’s going to be in textbooks, so it’s, where do you land on that?” 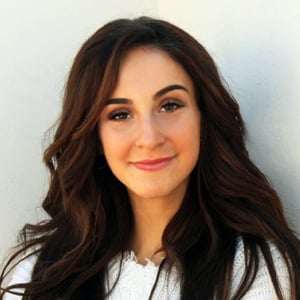