For a city known for its diversity and the infinite possibilities it represents, it is fitting that the logo for Los Angeles’ 2028 Summer Olympic and Paralympic Games’ is the first of its kind.

Built for the digital age the LA28 logo is actually many logos that interchange to show designs by athletes, celebrities, artists and musicians—ranging from soccer star Alex Morgan to singer Billie Eilish— with a solid black “L” and “28” and numerous versions of a shape-shifting “A.”

“We talked about the city that is so diverse, this event that is so diverse and talked about all the different voices that people have,” Danny Koblin, chief operating officer of United States Olympic and Paralympic Properties, told Cronkite News. “The entire city, every little grid and every little street has a different personality, so we basically said ‘how do you define something that has no one identity,’ that its beauty is the collection of its parts.”

Connecting the similarities between Los Angeles and the Olympic and Paralympic games was key for the LA28 team.

“The Olympics, in and of itself, is the single most diverse event on the planet,” Koblin said. “And to be able to develop this type of system that allows these types of voices to be heard, to us, is exactly what the Olympic and Paralympic games are all about.”

The 32 different versions of the “A” created by athletes, artists and advocates in Los Angeles represent self-expression by bringing their personal stories and dreams to life through their individual interpretations of LA, according to a press release by the LA28 team.

“LA is unique. You can be the person you want in Los Angeles,” said graffiti artist and LA native Chaz Bojórquez, who designed one of the logos. “The best way to represent that is through the art. Letters describe language and language expresses culture and we’re becoming one world culture.”

Nine-time American track and field Olympian Allyson Felix’s “A” art is inspired by her love for movement and her deep LA roots, according to a press release by the LA28 team.

“The culture of sports and excellence is something I grew up with in LA,” Felix said. “I grew up a Trojan fan, a Lakers fan, a Dodgers fan. I’ve been surrounded by excellence growing up here. People in LA are doing incredible things and it’s hard for that not to rub off. You want to be better when you’re here.”

With eight years leading up to the 2028 Summer Olympic and Paralympic games, LA28 has committed to investing up to $160 million to provide access to quality youth sports across Los Angeles, especially in low-income neighborhoods, according to a 2019 Los Angeles City Clerk report.

“We believe in the power of sport to change people, to build people, to give people more confidence and to help people succeed in all facets of their life, so by committing this money, and we’re working very closely with the city on how we roll this program out, we want to really increase the amount of kids that participate in sports,” Koblin said.

2028 will be the third time Los Angeles will host the Olympics—previous games were held in 1932 and 1984—and the first time the city will ever host the Paralympic games. 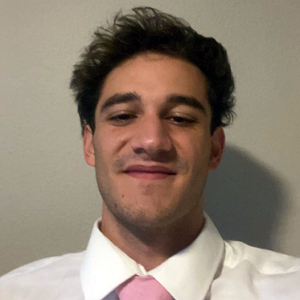 Dylan Breese is a Jersey Shore native who traveled to the Cronkite School in pursuit of a sports journalism career. Breese works primarily as a sustainability and sports reporter in the Los Angeles bureau.