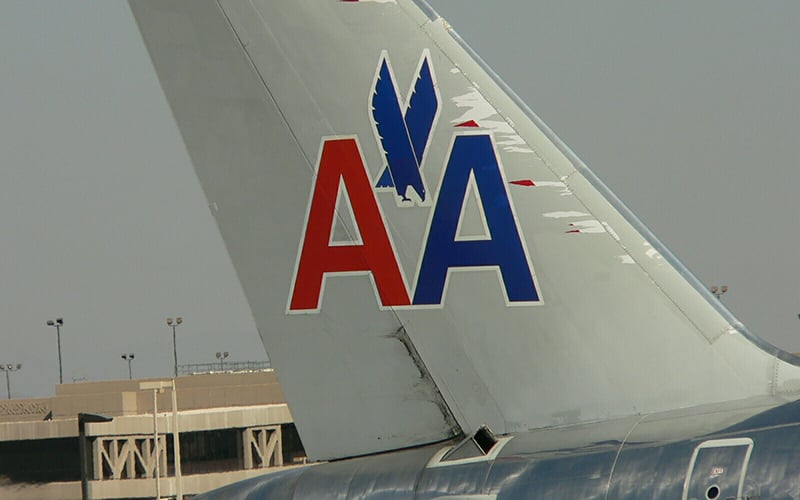 American Airlines notified the state of Arizona in July that its plan to lay off or furlough up to 19,000 employees on Oct. 1 could affect more than 1,300 workers in the state, but company officials now say the number is expected to be lower than the first estimate. (Photo by marada/Creative Commons)

WASHINGTON – American Airlines told more than 1,300 Phoenix employees in July they were at risk of furlough or layoff this fall, but the company insisted this week that the actual impact on Arizona workers will be smaller.

Arizona on Tuesday released a Worker Adjustment and Retraining Notice – which companies must file when they anticipate large-scale layoffs – from American that said 1,367 Phoenix workers could be affected if the company went through with threatened job cuts on Oct. 1.

Those job cuts were announced in an Aug. 25 letter from American Chairman and CEO Doug Parker and President Robert Isom, who said the company would either furlough or permanently lay off 19,000 U.S. employees if Congress fails to approve more COVID-19 relief by then.

But while the WARN notice said Arizona’s share of those cuts could be 1,367, a company spokesperson said Wednesday that the numbers will be lower because of “voluntary early out and leave programs put into place in recent weeks.”

“In reality the number of furloughs in the state of Arizona will be less than the 1,367 number the state made public,” the spokesperson said.

Those July notices “aren’t necessarily reflective of the number of employees who would actually be subject to furlough or layoff” today, the company spokesperson said.

None of the layoffs has to happen, Isom and Parker said in the Aug. 25 letter, if Congress passes an extension of the Payroll Support Program, which directed $25 billion to help passenger airlines meet payroll during the pandemic. It was just one part of the $2 trillion Coronavirus Aid, Relief and Economic Security (CARES) Act passed earlier this year. Currently, the PSP is set to expire Sept. 30.

While the company now says the hit to Arizona jobs will be less than reported in July, exactly how much less is still unclear. A regional breakdown of the 19,000 job cuts is not yet available, the airline spokesperson said late Wednesday in an email.

The Arizona WARN notice only came to light Tuesday when the state’s Department of Economic Security updated its online database of those filings. But labor union officials had been given a sense of the job impact when they received the WARN notices for their individual members.

The WARN Act is a federal law that requires employers to provide at least 60 days notice to employees potentially affected by layoffs of 50 or more workers planned for a single site, according to the Labor Department’s website. Notice must also be given to each state’s “dislocated worker unit,” and most states, including Arizona, maintain online databases of WARN notices they receive.

When planned layoffs affect unionized jobs, WARN notices must also be provided to officials of those unions.

Pat Rezler, assistant general chairman of the International Association of Machinists and Aerospace Workers, 141st District, said his union received WARN notices for about 163 of the roughly 1,075 fleet services workers he represents at Phoenix Sky Harbor International Airport. But when Parker and Isom announced the 19,000 job cuts, Rezler said fewer than 163 of his members were served with furlough notices, though he declined to say how many.

Rezler did say that about 130 employees in the group opted for early retirement or other voluntary leave packages, which mitigated the impact.

However, more furloughs could be coming for that group – though no more than were served the WARN notices – because of a practice called “bump and roll.” In that process, workers furloughed at one site can transfer and claim the job of a worker with less seniority at another. The second worker may, in turn, be able to bump another less-senior worker, and so on.

The more employees who can “bump in” to Phoenix but opt not to do so, the fewer the number of furloughs here, Rezler said.

“When everybody submits where they’re willing to go to keep their job, that’s when I’ll know how many people are affected here,” he said.

Ultimately, Rezler said he doesn’t think the number of furloughs will reach the number who were served WARN notices.

“In the end, I don’t think it’s going to be anywhere near that,” he said.