Arizona was one of six states identified Monday by Hispanic Democratic officials as a battleground state in this fall’s elections. (Photo by Erik (HASH) Hersman/Creative Commons)

WASHINGTON – Arizona was identified by Democrats Monday as one of six battleground states for this fall’s election, a status that state lawmakers said has been 10 years in the making.

“We have about 10 years of Latino activism resistance that has been going on … and we have created this environment in Arizona,” that has primed the state for a fight, said Rep. Ruben Gallego, D-Phoenix.

Gallego’s comments came during a virtual meeting of Hispanic state lawmakers that also named Texas, Wisconsin, Michigan, Florida and Pennsylvania as battlegrounds. The panel, organized by the National Hispanic Caucus of State Legislators, came on the first day of the Democratic National Convention.

A request for comment from the Arizona Republican Party was not immediately returned Monday, but at least one political analyst agreed with Democrats that “Arizona is unequivocally a battleground state this year.”

Mike Noble, chief of research and managing partner at OH Predictive Insights, said the election outcome in Arizona will be a “coin flip” in November.

“I not only think that Arizona will be incredibly close,” but it could be a tipping point state that ultimately decides who sits in the White House,” Noble said. 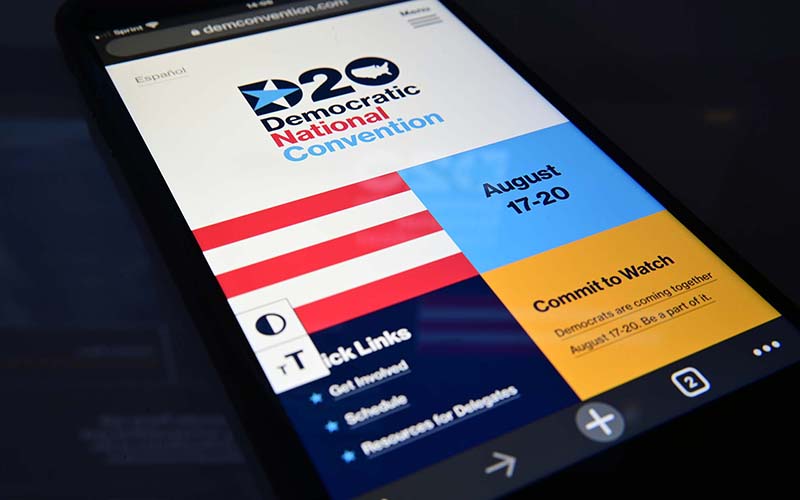 Jessica Mejia, Arizona state director for Biden for President, credited the work of party volunteers for the Democratic outlook in the state.

“The reason Arizona is a battleground state is because of all of the work people on the ground have been doing for years,” she said during the NHCSL event Monday.

Arizona Rep. Lorenzo Sierra, D-Avondale, agreed with Mejia and said turning the state blue in November is “just a matter of us continuing this work.”

While Arizona has not voted for a Democrat for president since the 1996 re-election of President Bill Clinton in 1996, Gallego believes the “steady hand” of Biden and his presumptive running mate, California Sen. Kamala Harris, will be attractive to voters after four years of Trump tumult.

“I think that’s going to be a calling card for them (voters) to support their ticket,” Gallego said.

“These voters have been used to Trump,” Gallego said during the “Si Se Vota” event. “We’re so used to being used as an excuse for whatever failed agenda from the Republican Party. None of those tactics work anymore.”

The GOP still enjoys a numerical advantage in Arizona, with 34.8% of voters in the state registered as Republican in August, compared to 32.4% for Democrats and 31.9% listed as “other,” according to the Arizona Secretary of State’s Office.

But Gallego said Arizona is in a unique position for the 2020 elections, with changing demographics and the state’s existing Permanent Early Voting list making it an exciting state to watch. Gallego noted that 70% of Latino voters are registered to vote by mail in this election, which he believes “is really going to affect Republicans more than anything else.”

“I think they’re going to avoid vote-by-mail and Latinos are going to adapt by getting their ballots early and sending them out early or dropping them off at a polling place,” he said, adding that he is seeing excitement among Latino voters.

He said voters “have basically inoculated ourselves against the Trump administration and their attempts to divide us. We’ve prepared ourselves over the last 10 years for the day that we would be able to do something like this.”