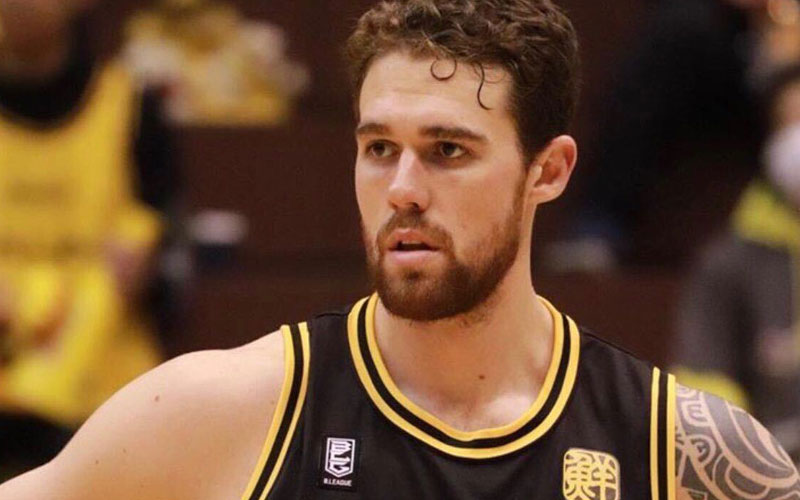 Eric Jacobsen, a former Arizona State University basketball player, has played for teams overseas in Australia and now, Japan. He said living in another country helps people “learn so many different things and see that maybe our problems here aren’t as bad as they seem. It just gives you a real different perspective on life in America. How blessed we are here, how good everything is, so that’s been a big lesson I’ve learned.” (Photo courtesy of Eric Jacobsen).

PHOENIX – Former ASU Men’s basketball player Eric Jacobsen continues to make a living overseas, even as it remains uncertain when that happens.

Jacobsen has agreed to re-sign with the Sendai 89ers in the B2 League in Japan, according to a report from asia-basket.com.

The 6’10” power forward, who graduated from ASU in 2016, is no stranger to playing overseas as a professional athlete. Since 2016, Jacobsen has played in Australia with the Adelaide 36ers as well as in Japan with the Rizing Fukuoka and most recently, the Sendai 89ers.

In interviews with Cronkite News, Jacobsen discussed what it has been like to play overseas at the start of his professional basketball career as well as what his thoughts and expectations are for this upcoming season given the ongoing COVID-19 pandemic.

How does it feel to re-sign with the Sendai 89ers after having such success with the team last year?

It obviously felt really good with the uncertainty of this next season. When I left last year, no one really knew for sure if there would be a next season. I really enjoyed my time there, even though it was short lived. It was exciting to be able to sign a contract with them and go back and hopefully keep winning games.

Do you have any worries about playing basketball in the midst of a pandemic or do you try not to think about it too much because it’s sort of out of your control?

It’s been so tough to really gather a strong opinion on how I feel. I know in the beginning personally, a lot of people were scared because there wasn’t much knowledge of the virus or anything like that. Now, I think I would definitely be willing to go over to Japan by myself. I don’t see my family or friends or anything like that (while in Japan). So, it’s not like I’m seeing a lot of people. Just out of playing basketball. I don’t mind it too much. I mean, it’s always great to have a job and make money.

How was your trip to Japan? Was it stressful or was it easy getting there and reporting to the team?

There were maybe 20 people on the flight – probably as many flight attendants and crew as there were passengers. We get to the airport (in Japan). They had all of their quarantine officials and everything meet us right after we got off the plane. We had to present documents to them and I got COVID tested in the airport. I had to then speak to an immigration official basically explaining what was going on. After you travel into Japan from a foreign country, especially the United States, they ask you to quarantine for 14 days and you can’t use public transportation. So, the team (the Sendai 89ers) had set up one of the managers to come pick me up in Tokyo and we drove back up to Sendai, which was a solid road trip. I’m doing my 14 days of quarantining, the team has been delivering groceries and stuff like that.

So, no practices yet?

No practices. After about a week, since I’ve had no symptoms for 5 days and both of my tests results have came back negative, the team has opened up the gym for me early in the morning. From either 6 to 7:30 or 7:00 to 8:30 a.m., before everyone comes in for practice, I’m allowed to go in there and workout while no one’s there. So, that’s good. I haven’t been completely locked up.

How are the players on the team and the rest of the B league dealing with this pandemic with player safety in mind?

Right now, the players don’t have to wear masks during practice, but I know that everyone’s temperature is checked every day. You have to sanitize before you come into the gym. But, once you’re on the floor, you can have no masks. As of right now, the (league) plan is to allow either 25% or 50% capacity of fans, if they can figure out a safe way to do it. The B League has changed the preseason schedule. There’s not going to be an official preseason this year, we’re just going to start playing games in the first week of October.

These past few years you have had the privilege to play professional basketball in Australia and Japan. With that said, being born and raised here in Arizona, how does it feel to be able to play overseas and to experience different cultures?

Honestly, with playing overseas, one of the biggest takeaways I have is just being able to go outside of Arizona and even the United States. I’ve traveled internationally before that, but never really lived somewhere and experienced the culture. So, to be able to go and be so immersed and you learn so many different things and see that maybe our problems here aren’t as bad as they seem. It just gives you a real different perspective on life in America. How blessed we are here, how good everything is, so that’s been a big lesson I’ve learned.

But, yeah, it’s been awesome to get out of Arizona. I know my first year going overseas was really, really hard. Just because I grew up in Arizona, stayed here for college, I never really lived anywhere else, but Arizona. All my family and friends are here, so that was really tough the first year. But, after I adjusted to that, I actually really like it now.

Is Australia kind of similar to Arizona in a way because of the weather?

Yeah, it definitely is. The city that I lived in, Adelaide gets up to 100 degrees some days and everyone speaks English, so it was probably the best place to go for me to experience living overseas for the first time.

What are your expectations for the Sendai 89ers this upcoming season?

We had a great team last year and I know they had a really good record when they canceled the season. This year, I know they’ve signed a lot of bigger name Japanese players and we’re returning two of us Americans and adding one that I know is a great player, I actually played with him before in Japan. So, we’re definitely going to be a championship contending team this year. We’ll be top of the league, for sure. 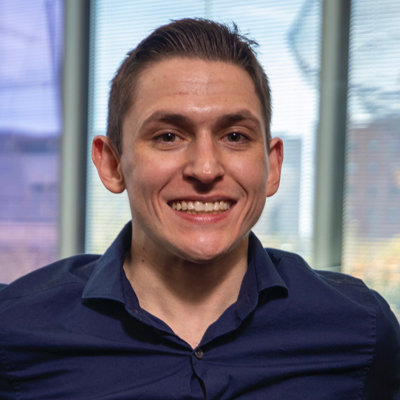 Derrick Smith expects to graduate in summer 2021 with degree in journalism and mass communication with a minor in digital audiences. He is a broadcast news producer for Cronkite News this spring.