Sedona was among the Arizona locations under threat of severe fire on Monday because of gusty winds and dry conditions. (Photo courtesy of Kyle Simourd/Flickr)

PHOENIX – With bone-dry vegetation, winds forecast at 40 to 50 mph and no rain in sight, fire danger is critically high across much of Arizona, prompting the National Weather Service to issue red flag warnings Monday. The warnings were scheduled to be lifted at 8 p.m. Monday.

“The danger and the risk of fire from any new start is as high as it gets,” said James Sawtelle, a meteorologist for the National Weather Service.

It’s normal to see red flag warnings at this time of year, Sawtelle said, and everyone needs to be aware of the risks.

“The red flag warning means that the fire danger is at critical levels,” he said.

To prevent wildfires, authorities say, obey open-fire and smoking restrictions, avoid burning on windy days, avoid pulling off the road into tall grass and be aware of actions that could create sparks, such as chains dragging on pavement.

The warnings come as Arizona’s fire season continues with gusto, with the Bush Fire burning west of Roosevelt Lake, the Mangum Fire on the North Rim of the Grand Canyon and the Bighorn Fire in the Santa Catalina Mountains north of Tucson charring more than 371,000 acres combined. All these fires are in areas where the red flags were raised.

Central Arizona is dealing with 15 to 25 mph winds, with gusts up to 40 mph, but the high winds and the dry conditions aren’t posting a significant risk for the Bush Fire. It’s now 98% contained and has burned 193,455 acres. About 165 firefighters continue to fight the fire. The fire, which was started June 13 by a burning vehicle, has forced almost 1,500 people to evacuate. Winds have played a significant role in its spread, according to the National Forest Service public information officer assigned to the blaze.

Much of southern Arizona is experiencing 20 to 30 mph winds, with gusts up to 45 mph Monday, as the Bighorn Fire continues to burn near Oro Valley. It was only 45% contained as of Monday and has burned 107,099 acres since June 5. More than 1,080 personnel are digging containment lines, operating bulldozers and operating aircraft to encircle the fire. If winds become too heavy, aircraft may be grounded, preventing reconnaissance flights and drops of fire retardant.

Tiffany Davila with the Arizona Department of Forestry and Fire Management told Cronkite News in mid-June there were more than 940 wildfires reported in Arizona, making 2020 an above average wildfire year.

Despite Monday’s red flag warnings, much of Arizona isn’t in a drought, according to the U.S. Drought Monitor at the University of Nebraska-Lincoln. Only a portion of northeastern Arizona, east of the Grand Canyon, is experiencing a severe drought, and parts of Gila, Graham, Pinal counties are considered abnormally dry. 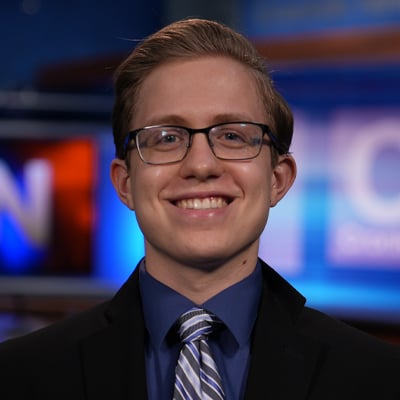