The record comes as federal experts are warning about a surge in cases nationwide, and hospital beds in Arizona are filling up once again. State health officials reported 88% percent of adult intensive care units and 86% of inpatient beds were in use Tuesday, the highest percentages since March 30.

Melody Nungaray-Ortiz, an intensive-care nurse at Banner – University Medical Center Phoenix, told ABC15 the hospital is “at capacity and, looking forward at the next few weeks, it’s kind of scary and daunting.”

Arizona is one of multiple states that have emerged as coronavirus hotspots. Dr. Anthony Fauci addressed the surge Tuesday in testimony with other members of the White House coronavirus task force before a House panel.

“The next couple of weeks are going to be critical in our ability to address those surges we are seeing in Florida, Texas, Arizona and other states,” said Fauci, who has directed the National Institute of Allergy and Infectious Diseases since 1984.

To keep the surge in Arizona from spreading, some states are requiring travelers from Arizona to quarantine themselves upon arrival. New York Gov. Andrew Cuomo announced Wednesday that his state, along with New Jersey and Connecticut, is requiring travelers from nine states including Arizona to quarantine for 14 days. The order goes into effect at midnight Wednesday Eastern time.

“We now have to make sure that the rate continues to drop,” Cuomo said of the decision. “We also need to make sure the virus doesn’t come in on a plane.”

As of Wednesday, the Arizona Department of Health Services reported 59,974 total cases of COVID-19 and 1,463 deaths in the state. It said 599,806 tests for COVID-19 have been completed in public and private labs in Arizona, and 8.7% of tests have come back positive for the virus that causes the disease.

Trump toured border-barrier projects near Yuma before flying to Phoenix to address students at a megachurch that seats 3,000. The Arizona Republic reported that most of the young people in attendance did not wear face coverings, and neither did Trump or any of the other event speakers.

Precautions taken by the Navajo Nation, including curfews and wearing personal protective equipment, are being credited with a drop in COVID-19-related cases, according to a news release from tribal leaders. Health experts reported 43 new cases Tuesday, down from 55 Monday. More than 3,750 Navajo living on the reservation have recovered from COVID-19, authorities said, and 336 have died.

“The number of positive cases is decreasing, and there are more recoveries each day, and it gives us hope that we are doing the right thing by staying home, washing our hands, and wearing a face mask. We can beat this virus,” Navajo Nation President Jonathan Nez said in the release. The tribe’s 57-hour weekend curfew and other preventive measures remain in place.

Arizona is seeing a surge in coronavirus cases among young people. The Arizona Republic reports that for Arizonans 19 or younger, cases multiplied eightfold since the stay-at-home order expired May 15. Cases among ages 20 to 44 multiplied six times, cases for ages 45 to 64 quadrupled, and cases for ages 65 or older doubled.

Arizona’s budget shortfall due to efforts to curb COVID-19 should be lower than anticipated, according to the Joint Legislative Budget Committee. KTAR reports the committee anticipated a $1.1 billion hit back in April.

“We now estimate that amount to be closer to a shortfall of $700 million,” committee director Richard Stavneak said.

A $1 billion shortfall still is a possibility because of many unforeseeable factors, such as whether Arizona experiences a second wave of the coronavirus and how well the state responds to it.

For the deaf or hard of hearing, lip reading, facial expressions and body language are vital to communication. But protective face masks and remote work and school meant to slow the spread of COVID-19 have made it more difficult, Cronkite News reported.

More than 1.1 million people in Arizona are hard of hearing, and more than 20,000 are deaf, according to the Arizona Commission for the Deaf and Hard of Hearing.

“You think about communication, and why it’s so important that information and access is critical for that 1.1 million people that we serve,” said the commission’s executive director, Sherri Collins. 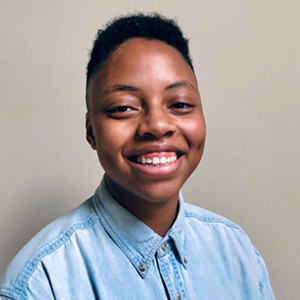