Arizona afire: Crews scramble to control 11 blazes in the state

North of Tucson in the Santa Catalina Mountains, the Bighorn Fire remains a constant presence on the city’s skyline. Air tankers continued to drop retardant near Mt.Lemmon and the Sky Center Observatory on Thursday. (Photo courtesy of Arizona State Forestry)

PHOENIX — Eleven wildfires are blazing in Arizona, covering 448 square miles. The largest, known as the Bush Fire, is in rugged terrain in the Tonto National Forest about 40 miles northeast of Mesa.

The fast moving blaze, which started Saturday when a disabled car caught fire west of Roosevelt Lake, is still the largest in the country, and has forced thousands of people from their homes, nearly doubling in size to 179 square miles since Tuesday. More than 600 firefighters are at the scene, but the fire was only 5% contained Thursday.

North of Tucson in the Coronado National Forest, the Bighorn Fire continues to ravage the Santa Catalina Mountains, producing bright flames and dense smoke visible for miles. It was at 31,00 acres and was 40% contained Thursday.

Winds, high temperatures and dry conditions over the past weeks have triggered an above average wildfire year. Cronkite News looked at the four largest or least contained fires for this story.

The blaze has burned 114,941 acres in the Tonto National Forest near Punkin Center. Personnel on-site has increased to 609, according to InciWeb, the U.S. Forest Service’s incident system. 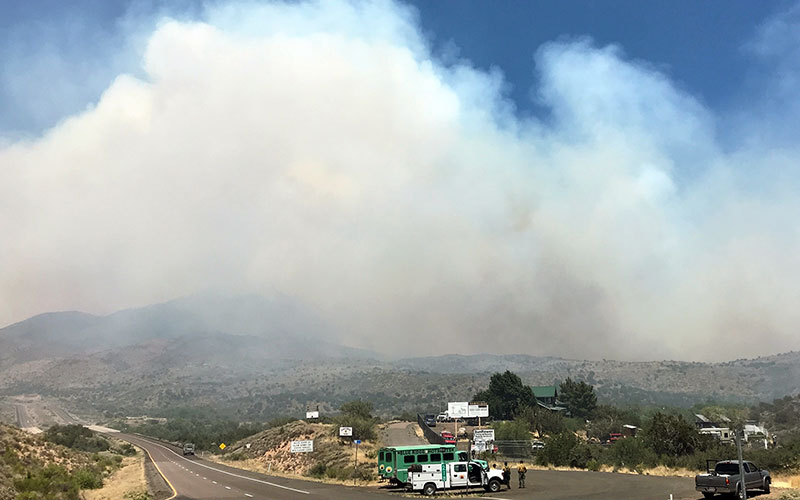 Fire officials said they hoped to catch a break with the weather.

“I don’t think we’re going to see quite the same fire behavior that we saw in the last few days because of the wind,” Hines said. 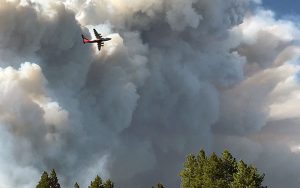 The blaze on the North Rim of the Grand Canyon has scorched 54,845 acres and is expected to keep growing this week. Thursday’s forecast had predicted gusts from the southwest up to 25 mph, InciWeb reports.

Three residences were evacuated Wednesday afternoon as the fire shifted to House Rock Road north of U.S. 89A.

Stiff winds helped the blaze on the flanks of the Santa Catalina Mountains grow by more than 7,000 acres Wednesday. More than 800 firefighters are on-site, according to InciWeb. The fire has burned more than 31,000 acres and was 40% contained. 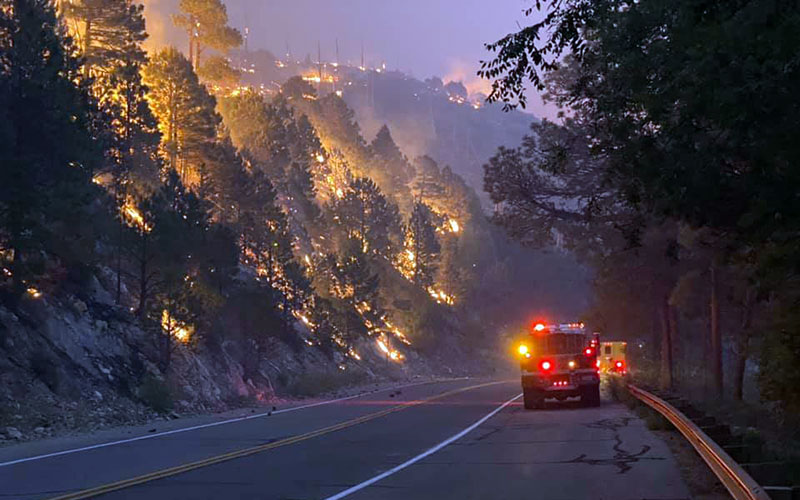 More than 800 personnel are working to contain the Bighorn Fire. During a Thursday evening briefing, fire managers said calmer conditions, meant they were able to make progress around the Summerhaven area. (Photo courtesy Chris Ader)

As of Thursday morning, the Willow Canyon area on Mount Lemmon was being evacuated, according to a notice by the Pima County Sheriff’s Department. Fire managers anticipate the fire will move toward Charouleau Gap, and high levels of smoke are expected as flames on Oracle Ridge and in Stratton Canyon join together. 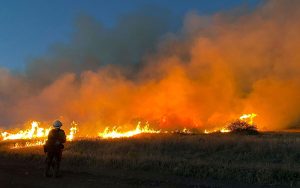 This wildfire, which started June 5, has burned 30,400 acres northeast of San Carlos and was 85% contained. Control of operations was returned to local fire crews Thursday, InciWeb reported.