Demonstrators march through San Francisco’s Chinatown on Feb. 29, 2020, to oppose racism prompted by the COVID-19 pandemic. Asian Americans historically have been less likely to seek mental health care than others, but amid harassment and some violence related to COVID-19, experts urge those in need to seek help. (Photo by CDEL Family/Creative Commons) 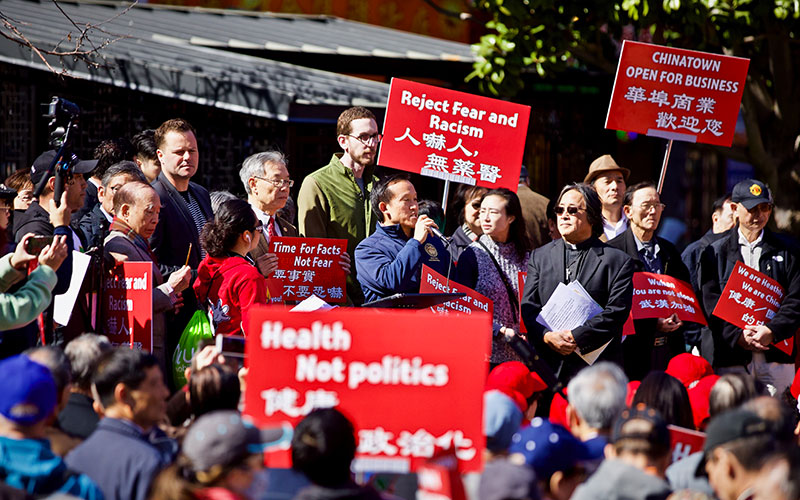 Protesters speak out against racism amid the COVID-19 pandemic during a demonstration Feb. 29, 2020, in San Francisco’s Chinatown. The pandemic and its link to Wuhan, the Chinese industrial city where the virus was first detected, has prompted harassment of Asian Americans and concerns among experts of longer-lasting effects on emotional and mental health. (Photo by CDEL Family/Creative Commons)

PHOENIX – It happened in March, in the middle of the night. Jeff Zhou, a teaching assistant at Arizona State University, was asleep when he heard a kick on his apartment door and then a shouted slur: “Chinese virus!”

The 30-year-old international student from China reported the incident, but it has stuck with him even months later.

“I’m confused why they’d treat me like that,” Zhou said.

The COVID-19 pandemic and its link to Wuhan, the Chinese industrial city where the virus was first detected in December, has prompted harassment and racial violence against Asian Americans and concerns among experts of longer-lasting effects on emotional and mental health.

Cynthia Choi, co-executive director of the San Francisco group Chinese for Affirmative Action, recalls one mother who contacted the group to report her child was being bullied at school and called “Coronavirus.”

“She said that she noticed that her child was very depressed and very quiet and said that she did not want to be Asian,” Choi recalled. “So obviously there is a mental health impact.”

Citing an “alarming escalation in xenophobia and bigotry resulting from the coronavirus/COVID-19 pandemic,” the organization joined with other groups in March to launch a reporting center to track harassment against Asian Americans.

Since then, the center has collected more than 1,700 reports from 45 states and Washington, D.C., with 37% documenting incidents at such public venues as streets, parks and mass transit.

According to the Chinese for Affirmative Action website, other incidents reported by Asian Americans include:

COVID-related violence against Asians has also been reported in other countries, including Canada and Australia, and social media has helped spread some of the hate, with such messages as suggesting COVID be called the “Chinese Virus.”

Four Asian-Canadians share how they've faced growing hostility amid the pandemic and how it's changed them.https://t.co/IQU6Y2rIr2

Experts with Mental Health America, a Virginia nonprofit that works to improve mental health across the country, said anxiety has been increasing overall since the onset of the pandemic.

Theresa Nguyen, chief program officer for the organization, said that for Asian Americans, reports of harassment and violence in the news “has an impact on your sense of fear about your surroundings and your community.”

“People of color experience immense intergenerational stress related to violence because of their race,” Nguyen said. “We have seen this for generations – for 200 years – among the Black community.”

Early on during the COVID-19 pandemic, Asian Americans showed the sharpest increase in percentages experiencing severe anxiety, according to screening data released by Mental Health America.

Nguyen suggested that those who have faced harassment or may be suffering from mental health concerns, especially amid the pandemic, reach out to ensure they get help.

“Following a trauma, post-traumatic stress disorder is very common,” she said. “The earlier you try to get help the better, because what you don’t want to do is be stuck with sleeplessness and hypervigilance and stress and worry and do that by yourself.

“Reach out to your friends, reach out to people who are close to you. And if you don’t have that, then reach out to a therapist – somebody who could just support you and talk you through those things, so that you can get better as soon as possible.” 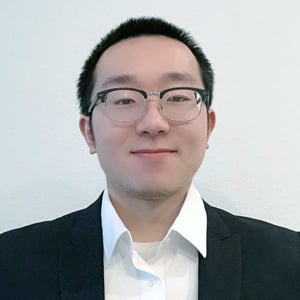