The “Coronavirus Chronicles” takes viewers through a timeline of stories about upended lives and the innovations Cronkite News journalists employed to tell those stories.

PHOENIX – When COVID-19 began spreading around the globe, schools and universities shifted to remote learning as a safety precaution. For journalists at Cronkite News, the news division of Arizona PBS at the Walter Cronkite School of Journalism and Mass Communication, that meant an immediate halt to all field reporting.

But Arizonans still needed news – how fast the novel coronavirus that causes the deadly disease was spreading in the state, what they could do to stay safe, and who in the community most needed help.

Producers and reporters scattered across the country had to discover ways to put newscasts, audio briefings and text stories together from their homes. They conducted Zoom interviews in their living rooms. They constructed homemade camera tripods and built their own prompters, and they repurposed closets and patios into production studios. They relied on items they could find in their homes – such as disinfectants and board games – to help tell their stories. Moment by moment, teams collaborated to carve out daily coverage of a pandemic under the tick-tock of deadline.

Some of the video stories highlighted in the special episode include:

Since moving to a remote newsroom in mid-March, Cronkite News has produced more than 400 pieces of content. 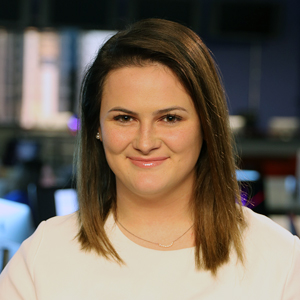