The Florence Prison Complex has the highest number of COVID-19 infections in the corrections department and is where an inmate on death row died of complications from the disease, according to his attorney. Critics say prison officials have not done enough to check the spread of the disease inside the system. (Photo by Cronkite News)

WASHINGTON – As many as four inmates may have died from COVID-19, according to the Arizona Department of Corrections, Rehabilitation and Reentry, which critics charge is not doing enough to protect prisoners and guards from infection in the tight quarters of a prison.

The department reported Friday that 45 inmates had tested positive for the disease and 46 staff members had self-reported positive COVID-19 tests. It said no inmate deaths from the coronavirus have been confirmed – but that four deaths are suspected of having been caused by the disease.

The majority of confirmed inmate cases, and at least three of the reported deaths, are from the prison complex at Florence, where death-row inmate Alfonso Raymond Salazar died Thursday from what his attorney said were complications of a COVID-19 infection contracted in the facility.

“We were advised that Mr. Salazar passed away late Thursday morning as a result of complications from COVID-19,” said Dale Baich, the federal public defender. “He was one of eight death-row prisoners at the Central Unit in Florence who tested positive for the coronavirus.”

The department on Friday revised the number of confirmed cases downward to 45, from an earlier reported 50, and reduced the number of inmates tested from 238 to 189, to account for tests that it said had erroneously been double-counted before. But advocates charge that the number of cases is low only because the number of tests administered, in a prison population of 41,386, is also low.

“It’s easy to say that the numbers are low, because you’re not testing,” said Khalil Rushdan, community partnership coordinator at the ACLU-Arizona Campaign for Smart Justice.

Even at the current testing rate, infections in state prisons are outpacing those on the outside.

The Arizona Department of Health Services reported that 74,879 tests had been administered in the state as of Friday, which represents a little more than 1% of the overall state population. Tests in the prisons had covered just under 0.46% of the inmate population by Friday. But the 7,962 confirmed cases in the state represent a positive test rate of 9%, according to DHS, compared to about 23.8% in the prisons.

Donna Leone Hamm, the director of Tempe-based Middle Ground Prison Reform, said it’s not surprising, since there are few protections for inmates.

“There’s no social distancing, they’re not allowed to have alcohol-based cleaners, they are not given gloves,” she said. “It’s only recently that private prisons, we understand, have been giving out masks.”

The department did not respond this week to requests for comment on its handling of COVID-19. But it has taken a number of actions over the past month to check the spread of the disease, according to its website.

Those include limiting visits – and allowing inmates two free 15-minute calls a week instead – suspending classes and off-site work crews, stopping transfers between units, delaying transfers from county jails and waiving the $4 inmate copay for health care. The department also also said it has offered free hand soap to inmates who request it, is distributing cloth masks to employees, has scheduled regular “deep cleaning” of facilities and is doing symptom checks on workers when they show up.

But Rushdan and Hamm said that’s not enough in a prison setting.

“For those confined in these tight spaces, you know, the population is so dense, it’s impossible for individuals to social distance and we’re starting to see a number of infections,” Rushdan said.

Because they share common spaces, inmates and correctional officers have few ways to protect themselves, Hamm said.

“There is just a terrible shortage in cleaning supplies, so every single thing that’s been recommended for all of us to be doing as preventive measures is not able to be done in a prison,” said Hamm.

In addition to Salazar, news reports have cited two other inmate deaths linked to the coronavirus. Inmate Joseph Assyd, 64, was taken to Banner University Medical Center in Tucson on March 27 and pronounced dead April 12. And Robert Proell, 79, also known as “Sittingdown,” was taken on April 18 to the Florence Hospital in Anthem, where he died April 24.

“This is a wake-up call to the public officials who have the power to address the dangerous conditions in prisons in Arizona and all over the country,” Baich said. “Those conditions are deadly, which is a tremendous health risk, not only for prisoners but corrections professionals, the entire prison workforce and their families, and communities.”

Hamm echoed that, noting that the threat is not just to inmates but to the correctional officers watching them – and to the communities where they live, as workers and inmates come and go from prisons.

“Roughly 120 or so enter the prison from the community every month,” she said. “Those staff members are going in and out of the prisons every single day … And so they are bringing whatever they pick up in the prison back out to the community.” 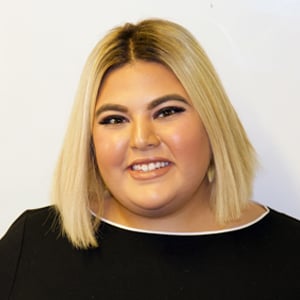