PHOENIX – A Phoenix blood service provider is treating patients with donated plasma from those who have recovered from COVID-19, KTAR reports.

The first person in Arizona to have donated is Jack Schmittlein, 21, of Scottsdale, who had the disease in March but was tested negative in April.

Doctors call the blood donated convalescent plasma, which contains antibodies from those who have had COVID-19. As more information emerges that COVID-19 is more of a blood disease than a respiratory disease, researchers hope convalescent plasma can improve the chance of recovery and help people from getting sicker.

Convalescent plasma has been designated an “emergency investigational new drug” by the Food and Drug Administration.

As of Sunday, April 19, the Arizona Department of Health Services reported 4,929 cases of COVID-19 and 184 deaths in the state. It said 52.990 tests for COVID-19 had been completed as of April 19 in public and private labs in Arizona, and results were negative in 48,536 cases.

With a little dip in the record unemployment filings across the nation, jobless claims for Arizona remain “shockingly high,” as one economist told Cronkite News. “We know from these numbers that this is an extremely challenging time for Arizonans, and the Department of Economic Security is working hard to process unemployment claims as quickly as possible,” DES Director Tom Betlach said in a statement. Check out the numbers in this Cronkite News story here.

Fox 10 reports that prisoner-rights advocates are arguing to release more prisoners as the coronavirus makes its way into Arizona prisons. There have already been more than 300 nonviolent inmates released but Gov. Doug Ducey has insisted on not releasing more inmates, as other states have.

Democratic Sen. Kyrsten Sinema, Republican Sen. Martha McSally and Rep. Andy Biggs, R-Gilbert, are among the 32 representatives and 65 senators chosen by Trump to aid in the task force, Cronkite News reports. “I will work with anyone to support Arizona’s state and local leaders, ensure our communities adhere to scientific best practices to address our current health emergency and provide employers the resources to recover and get Americans back to work once the immediate crisis has passed,” Sinema said in a statement released by her office Thursday.

Baseball in Taiwan could offer preview of MLB

The Chinese Professional Baseball League in Taiwan is the first professional league in the world to resume regular season play in 2020, but the opening day crowd on April 11 consisted of cardboard cutouts and mannequins, Cronkite News reports. As of now, ideas have been floating around to bring all 30 teams in the MLB to Arizona and continue the season as soon as possible.

Aliento, which advocates for immigrants, is raising $25,000 to cover the costs of rent and utilities for those in need who were left out of the federal relief package because of their immigration status. The organization pledges that 100% of donations will go directly to families of mixed legal status. Visit this link to donate to Aliento relief fund in Arizona. 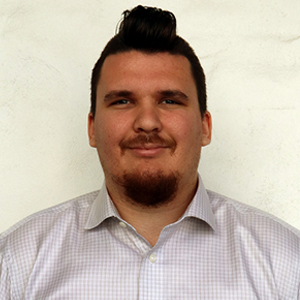