The Phoenix metro area experienced 153 days with high ozone or particulate metter levels in 2018, just one reason environmental groups want stricter standards. But the EPA said Tuesday it would not expand the rule on air pollution regarding particular matter in the air. (Photo by Adam Fagen/Creative Commons)

PHOENIX – The Environmental Protection Agency said Tuesday it will not expand Obama-era air quality standards, a move environmentalists call “the wrong thing to be doing” during a global pandemic that threatens lung health.

EPA Administrator Andrew Wheeler said Tuesday the National Ambient Air Quality Standards do not need to be toughened from 2013 levels because the U.S. has “made incredible strides in reducing particulate matter concentrations.”

“This is absolutely the wrong thing to be doing,” said Morgan Folger, the Clean Cars campaign director for Environment America. She said the Trump administration has a “blatant ignorance of what our science says” and refuses to listen to scientists inside and outside the EPA.

Particulate matter includes solid and liquid particles in the air. The EPA says it can pose a threat to human health and exposure can lead to premature death, an irregular heartbeat, aggravated asthma and other cardiovascular and respiratory problems.

They were among almost 108 million Americans who lived in areas with more than 100 days of poor air quality that year, according to the report, Trouble in the Air.

But Rep. Andy Biggs, R-Gilbert, said in a statement hailing the EPA announcement that air quality “continues to improve under President Trump’s administration.”

“The EPA’s proposed action relieves our state from an increase in regulatory burdens by maintaining the current national particulate-matter standards,” said Biggs’ statement, one of several from GOP lawmakers the EPA included with its announcement. “This gives Arizona the flexibility to work on its current plan to meet and exceed the EPA’s standards and improve our state’s environmental health.”

Robert Ukeiley disagreed. But the senior attorney with the Center for Biological Diversity said he isn’t surprised by the proposal, since the Trump administration often sides with “cronies in the fossil fuel industry and other polluting industries.”

“It’s particularly egregious in the middle of the COVID-19 pandemic where the science has shown that mortality rates for people that have respiratory diseases are substantially higher,” Ukeiley said.

Columba Sainz, the Arizona organizer for Moms Clean Air Force, said this is the time for the administration to focus on community health, especially of vulnerable communities that can be hit hardest by poor air quality.

She said she has seen firsthand how poor air quality impacts communities: She said high levels of pollutants in Arizona caused her 3-year-old daughter, with no history of respiratory issues, to began having wheezing episodes.

“It’s not time to ignore those who are the most vulnerable,” Sainz said. “And as a mother, I worry about my family, and I worry about other families.”

Folger said the EPA’s mission is to protect public health and the environment, and its negligence is “astounding.” 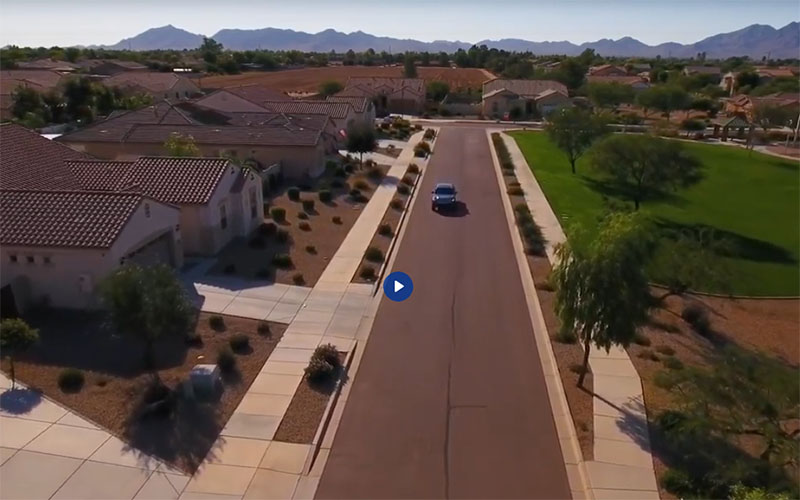 “While people’s lungs are struggling to breathe, we’re putting even more stressors out there for the future,” she said.

But Rep. Paul Gosar, R-Prescott, said Trump and Wheeler have been working to ensure clean air and water.

“Communities across the West are working hard every day to meet current environmental standards,” Gosar said in his statement, also included with the EPA release. “Today’s announcement is proof the EPA has listened to the concerns of local communities who are weary of excessive government overreach.”

Last week, the EPA issued a preliminary finding that the West Pinal County in Arizona exceeded NAAQS standards in 2018. If it determines the county has failed to meet standards, then the area will be reclassified to “serious” and the state will have to submit a State Implementation Plan to fix air quality in the area.

“When you live in a city or a town that has elevated air pollution, even just short term exposure to particulate pollution, can be linked to health risks,” Folger said. “Air pollution clearly threatens our health in a lot of ways.”

Folger said it is “insane” the federal government is taking steps that will “likely result in more pollution.”

“The EPA needs to listen to science,” she said.

Among other problems, Ukeiley said the EPA failed to consider the possible impact of its rule on endangered species. He said the Center for Biological Diversity will submit comments charging the agency with neglect for failing to weigh the effect its decision could have on those species.

If those comments go unanswered, he said, the center could take the issue to court.

“There’s no indication that they’re meeting their obligation to consider whether this is going to drive species extinct or not,” Ukeiley said. “And it’s just heartbreaking.”