Many synagogues, including Bethel Phoenix, are offering Seder kits that contain traditional foods, grape juice and wine, and a Haggadah, the text recited at Passover, so families can assemble ceremonial meals while practicing social distancing. (Photo by Michael Hannah/Cronkite News) 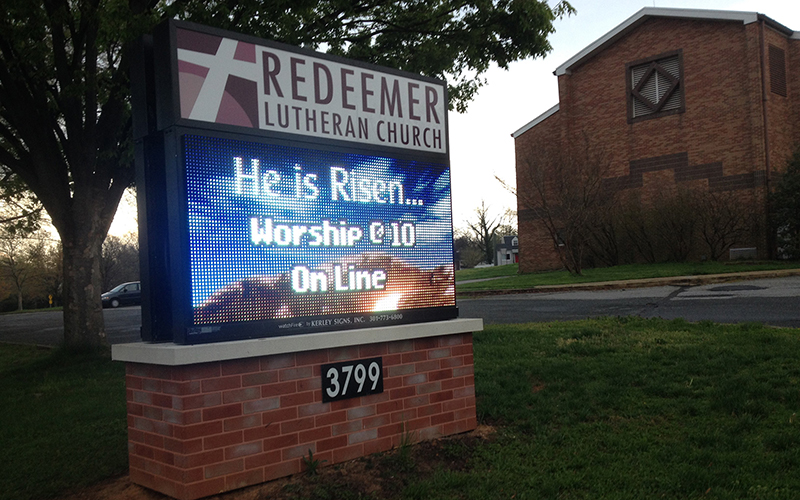 As the coronavirus has enforced social distancing and ended large group gatherings, churches have moved their worship services online or made other moves to help worshipers as they observe Easter, Passover and Ramadan. (Photo by Cronkite News)

TEMPE – On any other Passover, Rabbi Mendy Deitsch would gather with 150 people to celebrate Seder, but that’s impossible in the face of COVID-19 social distancing.

So Deitsch and his congregation came up with the next best thing – Seder in a box, to be delivered to hundreds of temple members to celebrate the feast at home.

It’s one of the many ways area religious leaders are coping with social distancing guidelines when religions are celebrating some of their most-important holidays, with Easter, Passover and Ramadan all falling in April.

The celebrations will go on this year, some virtually, some in drive-in services and some in a box.

Religious activities were protected as an “essential activity” that could still proceed under Gov. Doug Ducey’s March 30 stay-at-home order, but only if they the provide “appropriate physical distancing to the extent feasible.”

But David Johnson, executive director of the Arizona Southern Baptist Convention, said most churches didn’t need an executive order from the governor to tell them they needed to make changes during a pandemic.

“This is not about trying to limit our religious freedom, it’s about loving our neighbor,” Johnson said. “If Jesus was about anything it’s sacrifice for our neighbor … that’s what Easter is about.”

For Deitsch’s congregation, Chabad of the East Valley, it meant preparing 310 “Seder in a box” kits to drop off at homes of people who might be celebrating Passover by themselves for the first time, or who need some assistance in gathering items needed for the holiday. Deitsch also taught a class over Zoom on how to perform the 15 steps of Seder. 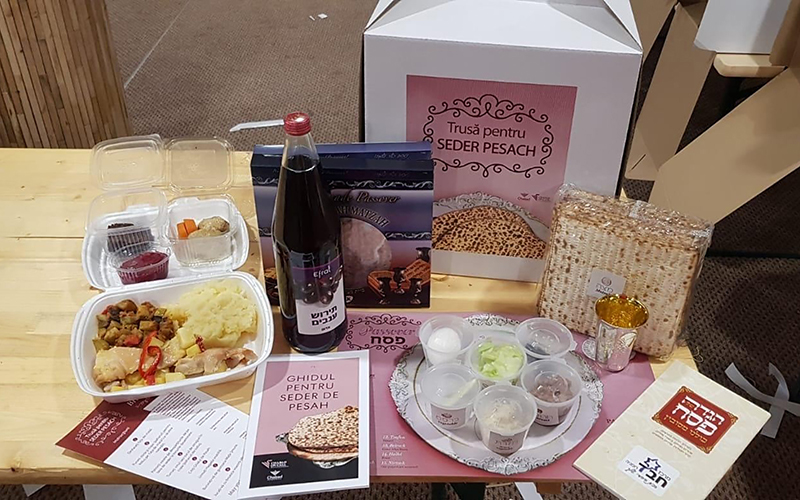 He encouraged people to connect with their families virtually before the holiday begins, and then celebrate the Seder meal with whomever is in the home.

The Diocese of Phoenix had been televising Sunday Mass for years before the coronavirus hit, said Robert DeFrancesco, a diocesan spokesman. Easter Sunday Mass will be televised this week, just with no one in the pews.

Since COVID-19 hit, he said, the diocese has also started televising daily Masses, after public mass was suspended about three weeks ago.

“It’s taken on a whole new meaning and dynamic now with the global pandemic,” DeFrancesco said. “We encourage people to participate in the Mass from the TV, from the houses, through the internet.”

Johnson said Southern Baptist churches in Arizona have transitioned to online worship as well. While he said a couple rural churches are still holding services in person, most were happy to comply with recommendations from the governor and the Centers for Disease Control and Prevention to stop congregating.

Johnson said a few churches have told him they plan to hold “drive-in worship” on Easter Sunday, where attendees will stay in their cars at least 6 feet apart during services.

Pastor Jose Gonzales, who said he works with hundreds of Hispanic Christian churches around the state, said the most important part of the holiday is not about being inside a church building, but is about celebrating it with loved ones.

“The church – according to the Bible – is not the building,” Gonzales said. “It’s the people.”