PHOENIX – At 19, Kristine Rhodes was diagnosed with noninvasive cervical cancer. That led to a year of uncomfortable procedures and another battle – facing the stigma that cancer can carry in Native American communities.

“That was something that I didn’t talk about for many years,” said Rhodes, who is Anishinaabe and an enrolled member of the Bad River band of Lake Superior Chippewa Indians. “I dealt with that issue and that care in a very private and alone way.”

Despite some strides in improving health care access and treatment in Indian Country, cultural barriers still prevent patients from asking for help or getting treatment.

“In order for anybody to seek care, they have to trust that the health care is going to be worthwhile and it’s going to fit within their cultural beliefs,” said Rhodes, who now serves as CEO of the American Indian Cancer Foundation, encouraging early cancer screenings and treatment for American Indians and Alaska Natives.

In past years, new cancer diagnoses have decreased among men in the U.S. and remained stable among women, and cancer death rates have declined for both, according to the National Institutes of Health’s 2019 annual report on the disease.

Ethnic and racial disparities remain, however, among specific types of cancer. For example, Native Americans have higher rates of stomach and liver cancers, and are less likely to undergo diagnostic cancer screenings than non-Hispanic whites, according to the U.S. Department of Health and Human Services’ Office of Minority Health.

“I think the importance of looking at this is that sometimes when we report cancer incidence rates for the overall U.S population, we’re not capturing the differences for some of these racial or ethnic subgroups,” said Dr. Stephanie Melkonian, an epidemiologist with the Division of Cancer Prevention at the U.S. Centers for Disease Control and Prevention.

“When we look at nationally aggregated data, we kind of mask some of these important differences,” Melkonian said. “That’s why the work that we do is really important … to highlight the cancer incidence rates and the trends and how they specifically apply to this population.”

Rhodes points to something less quantifiable that may be getting in the way of addressing the disease – fear of stigma within Native American communities and experiencing racism when seeking treatment.

Rhodes said some tribes believe speaking about an issue brings it into existence, and so highlighting cancer as a problem could make it more of a reality.

“That’s a huge cultural factor that comes into whether or not a person’s going to seek … screening,” she said. “They may not want to because of that cultural teaching.

“Even when somebody gets a cancer diagnosis, there’s so much fear in seeking followup care, that it can be easier to just avoid seeking care and not talking about it and hoping for the best. And we know that that doesn’t work with cancer.”

When getting care, American Indians need physicians who are open to their traditions and respectful of their culture, Rhodes added.

Rhodes’ great-grandmother died from cervical cancer, and when Rhodes was in college, her grandmother was diagnosed with advanced breast cancer. Native women, Rhodes said, are sometimes so focused on taking care of their families that they overlook their own health.

“Those women inspired me to make sure that I did take care of my own health … when they left too soon and so many family members had to go on without them,” Rhodes said.

After her treatment for cervical cancer in situ, a colonoscopy discovered precancerous polyps. Luckily, she was able to receive immediate treatment.

Today, Rhodes has two children and leads a healthy lifestyle, and has followup colonoscopies every five years.

“Those were two close calls that I had that really inspire me to do more around promoting screening, because screening really does make a difference,” she said.

“I’ve lost too many family members to cancer too soon. … Cancer screening has saved my life.” 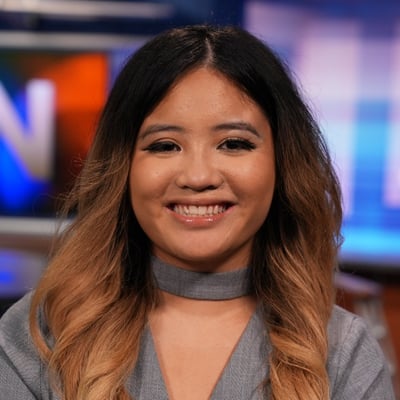