By Kelly Donohue/Cronkite News and /

PHOENIX – Inaccurate census figures can lead to a loss of federal funds essential for many communities, and they can result in a state losing seats in Congress. These worries are especially prevalent in Arizona, where there are considerable populations of immigrants and Native Americans.

Census Bureau officials are working to clear up any doubts about the decennial questionnaire before surveys are sent out to U.S. residents this spring.

Part of those efforts included several panel presentations during the Census Matters to Arizona Symposium, held late last month at Arizona State University’s Beus Center for Law and Society. The six-hour conference welcomed census directors and specialists, as well as members of the news media, local government and policy officials and community organizations to stress the significance of participating in the decennial headcount.

The Knowledge Exchange for Resilience at Arizona State University, a partnership that connects community-based organizations with other resources, co-hosted the symposium with the U.S. Census Bureau and other ASU affiliates.

“I was extremely encouraged by the range of people who really care about how the census matters here in Arizona,” said Patricia Solís, executive director of the collaboration. “Everyone understands how important this is. We came together and motivated each other and re-enforced that message, and I think also came away with a lot of really good ideas about how we can make sure our constituents, the people that we care about, really understand that.”

Bureau officials are encouraging all residents – in the country legally or not – to complete their surveys by April 1, known as Census Day. Surveys can be filled out by mail, phone or over the internet.

The Constitution requires the government to attempt to count everyone throughout the 50 states, as well as in five U.S. territories and Washington, D.C., every 10 years. The data is used to allocate federal funding throughout the country and reapportion the 435 seats in the House of Representatives depending on state population.

Vicki McIntire, deputy regional director of the Denver Regional Census Center, noted that census data is used to distribute over $675 billion in federal funds to U.S. communities each year. The money pays for such local projects as road construction, education and health care programs.

She also discussed what the Census Bureau is doing to address the lack of representation Native Americans have seen in recent counts. The bureau last summer estimated that 5.3% of Arizonans are American Indian or Alaska Native.

McIntire said the bureau has three designated tribal specialists who reach out to Native Americans living on reservations.

“This will be the first time most tribes actually have the opportunity to self-respond versus just being able to respond when somebody comes to their doors,” McIntire said. “We’re really excited about the opportunity for them to participate in self-response.”

As a result, McIntire estimates that about 60.5% of census participants will self-respond this year. In 2010, 74% of U.S. households responded to the census by mail.

“Nobody can get at our data,” McIntire said. “We never release any individual, identifiable information to any type of government agency. The president can’t even get information about a specific individual or community. It’s confidential and safe. We’re trying to get our local trusted leaders educated on all of that, to tell their community also how safe our data is and how important it is.”

She also described the bureau’s national outreach campaign, which largely focuses on engaging local communities and reaching out online.

“What we are really trying to do is get our local community members, trusted voices in the community, faith leaders, health care workers, teachers – people that the community trusts and listens to – engaged and educated, and that they spread the word.”

McIntire said census reporters usually begin knocking on doors about a month after Census Day at the earliest, and usually will go back six times if they haven’t received a response. The data must be collected by July 31 so it can be delivered to the president and Congress by Dec. 31.

The Nonprofit and Community Organization Panel was, from left, Lydia Guzman, director for advocacy and civic engagement of Chicanos Por La Causa; Elizabeth Wentz, director of Knowledge Exchange for Resilience at ASU; and Carla Vargas Jasa, president and CEO of Valley of the Sun United Way. (Photo by Kelly Donohue/Cronkite News)

After the fourth visit to the same home, she said, census reporters will knock on a neighbor’s door to collect information on whether the first home is vacant. McIntire mentioned that administrative records are used to make up for what reporters aren’t able to collect.

Lydia Guzman, director for advocacy and civic engagement for Chicanos Por La Causa, a nonprofit that works to improve the lives of Hispanics in Arizona, said not enough Hispanics participated in the 2010 census, resulting in an incomplete tally of the population and a loss of federal funds.

A decade ago, Guzman said, many clients of her group had been told not to open the door to strangers – a response to the April 2010 signing of Senate Bill 1070, which required law enforcement officials to investigate the immigration status of anyone they suspected of being in the U.S. illegally.

The U.S. Supreme Court struck down three of its provisions in June 2012 but upheld the one requiring immigration status checks during law enforcement stops.

Chicanos Por La Causa has been teaching a very different lesson since S.B. 1070 was first signed into law, Guzman said.

“We’ve come a long way since S.B. 1070,” she said. “It’s important that (people) make themselves count. There’s nothing to be afraid of, and that’s the message that’s different between now and 10 years ago.”

Guzman said the organization is encouraging its clients to fill out the census form by any means possible, and it’s working on new ways to entice individuals to participate.

“We’re going to have several census assistance centers for all of those individuals that don’t have access to the internet, who don’t have a computer and would like to fill out the census questionnaire online,” she said. “They can check with us and see which one is closest to them so they can comfortably fill out the census forms.”

Another major incentive for Hispanics to participate in this year’s count, she said, is the prospect of Arizona gaining a 10th seat in Congress.

“We think that we have an opportunity to have another Latino representative (in the House), so this is a big plus for everyone in the community,” Guzman said.

Solís and others hope the symposium educated Arizonans on what’s at stake in the coming weeks.

“What I hope that we get is a very accurate 2020 census. If it’s very accurate, it’s a reflection of who we are as a community,” Solís said. “We will get our fair allocation of federal dollars, our redistricting will be more correct. They’ll be a more equitable community, more equitable distribution of resources to meet the communities that we have.” 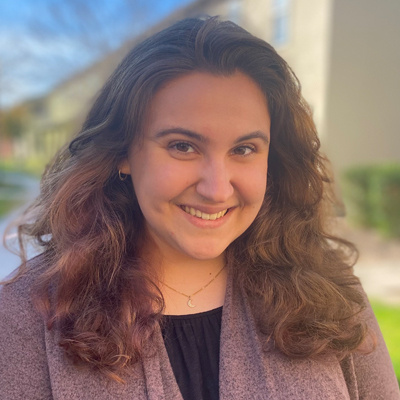 Kelly Donohue expects to graduate in May 2022 with a bachelor’s degree in journalism and a certificate in cross-sector leadership. She has interned as a reporter for The Arizona Republic and KTAR radio.