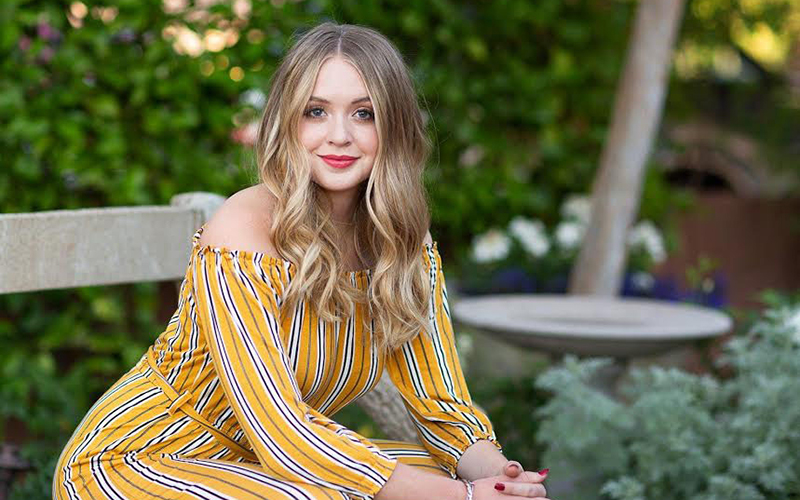 Paloma Marolf, who was 15 when she went into a diabetic coma, now attends the University of Arizona. (Photo courtesy of Trisha Madrid) 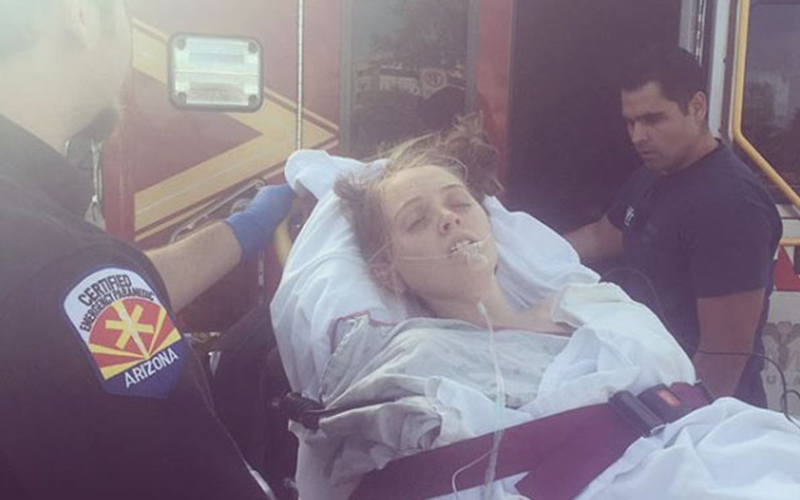 Paramedics attend to Paloma Marolf after she went into a diabetic coma in December 2015. (Photo courtesy of Trisha Madrid)

LOS ANGELES – Paloma Marolf had an active childhood with no major health concerns until she went into a diabetic coma at age 15. Her diagnosis with type 1 diabetes meant Marolf’s already struggling family gained a new financial burden, a monthly cost that ranged up to $2,000. There were times the University of Arizona freshman held off buying insulin for a day.

“My pancreas doesn’t produce insulin like everyone else’s,” the 19-year-old said, “so the fact that I have to worry about if I’m going to get my insulin for next month and if my parents are going to be able to afford it is a huge stressor because it’s life or death for me.”

To save money, 25% of diabetics take less insulin than they are prescribed, and one-third didn’t tell physicians or families they were doing so, according to a 2019 survey published by the Journal of the American Medical Association.

Insulin isn’t the only drug that patients struggle to afford these days. In Arizona, a survey of pharmacies in Phoenix, Tucson and Holbrook found drug prices are on the rise, with users of one SSR antidepressant, sertraline, reporting prices that are nearly 800% more than the national average price, according to a 2019 Arizona Public Interest Research Group report.

The issue of drug pricing took center stage at Tuesday’s State of the Union address, when President Donald Trump called for a national strategy to solve a problem that has inspired a few state-based proposals – including a recent proposal for California to contract directly with pharmaceutical companies for generic insulin and other drugs.

Gov. Gavin Newsom wants California to reduce costs by shaping the generic drug market. In his annual budget proposal last month, Newsom called for the creation of a single market for drug purchasing that would additionally require manufacturers to contract with the state for generic drug production and set statewide prices.

“We are already in active conversation with some of the major purchasers in this state,” Newsom said during the Jan. 10 news conference addressing his proposal. “I can assure you things like insulin are top of mind in terms of that prescription generic program and strategy.”

Those priorities aside, there are few details about how California would become the first state in the U.S. to license the manufacture of generic drugs, and some experts say they can not endorse the proposal without more details.

One skeptic of the plan is the Association of Accessible Medicines, a Washington, D.C., trade association representing drug manufacturers and distributors. They don’t expect Newsom’s plan to work because it only targets generic drugs and ignores the affordability of expensive branded drugs, said Rachel Schwartz, the organization’s spokeswoman.

Low-income families like Marolf’s and minority communities are expected to benefit most from Newsom’s proposal, proponents and some health experts say.

Native Americans and Hispanic people, and people of lower economic status, are diagnosed with diabetes at a higher rate than the average, according to a 2017 report by the federal Centers for Disease Control.

“It’s low-income families who fall through the cracks,” said Geoffrey Joyce, director of health policy for the University of Southern California’s Schaeffer Center, which studies health policy and economics. For many, prescription coverage hinges on whether they qualify for Medicaid, the government-funded health insurance for low-income people of any age.

“If you’re on Medicaid, for example, drug coverage is quite generous and cost sharing is minimal,’ Joyce said, “but those who don’t qualify for Medicaid are the ones who are more vulnerable to high drug costs.”

Maintaining steady insurance coverage to deal with chronic diseases can be difficult for consumers. For Marolf, whose family is low-income, some of her biggest challenges arose when private insurance companies would stop covering her medication without notifying her family, forcing her mother to pay out of pocket.

“Some families ration it because they’re scared they can’t afford it, and people end up dying that way,” Marolf said. “It was a stressor for my mom, but she tried not to show it because she didn’t want to stress me out.”

Marolf said she hopes Arizona will begin to seriously address the issues of rising generic drug prices, although she believes political gridlock could prevent real change.

Newsom’s proposal to have California license the production of generic drugs would reduce costs in the short term, Joyce said. But if manufacturers drop out, he said, competitors could move in to create monopolies, resulting in a less competitive market over time. If California produced generic drugs, it would create competition and prevent monopolies from happening.

“We look at the Medicare data, and although the average generic drug is falling in price over time, we have seen an increase in the number of generic drugs that double in price in a year,” he said.

The average wholesale price more than tripled among the four most popular insulin, rising from $93 in 2007 to $322.58 in 2017, according to Kaiser Health News.

Joyce said the greatest impact of the California proposal would be on the price of insulin, and tracking that price could indicate whether the generic drug market is functioning.

“If the state developed their own generic version of insulin, it would save people with diabetes who rely on it a lot of money because it is a very anti-competitive market,” he said.

For the proposal to be approved, the Legislature would have to be included in the budget lawmakers send the governor in June.

Many solutions currently in the debate and proposal phase will take years to trickle down to the average consumer. Those changes can’t come soon enough for the 1.7 million patients Southern California who are served by the nonprofit clinics in the Community Clinic Association, according to its president, Louise McCarthy. The majority of her clientele live in households with annual income at least 200% below the federal poverty level, and they are publicly insured or uninsured.

“Our governor is bold and this is just one of many bold steps he has taken since coming into office last year,” McCarthy said. “He has clearly wanted to become a champion of healthcare and number of issue areas that are important to low-income communities.”

If the governor is able to save more money for the budget, California can then further invest in health care for minority populations, she said.

Insulin is an indispensable drug, especially for low-income communities, McCarthy said, and a reduction in insulin prices could result in better health conditions among homeless populations.

“Here in Los Angeles, we struggle with homeless clients who lose their medication in street sweeps and people rationing their insulin if it’s not covered by their insurance,” she said. “If they could reduce the cost of insulin, we would see less people losing their vision, less people needing amputation, and less unnecessary hospitalization.”

Newsom’s plan was proposed after years of efforts by Oregon and Connecticut to pass price-transparency bills to understand why drug prices increase. Florida, Vermont and Colorado have addressed the issue by importing drugs from Canada, a decision supported by the Trump administration in 2019.

Beyond state and federal efforts, the healthcare industry is making moves, too. Last month, Blue Shield of California and other insurers announced they are putting $55 million into not-for-profit Civica Rx, which they say will reduce rising costs of generic drugs within two years. Civica Rx was launched in 2018, when more than 500 hospitals agreed to create their own generic drug company, much like Newsom’s proposal.