The San Pedro River in southeastern Arizona is one of the waterways that environmental groups fear will no longer be protected by the federal Clean Water Act if the Trump administration’s proposed changes are put into effect. (Photo by Eric Vondy/Creative Commons)

WASHINGTON – Clean-water rules announced Thursday by the Environmental Protection Agency could remove the vast majority of Arizona’s waterways from federal oversight, a change environmentalists call bad news in a region where water is “super precious.”

But Trump administration officials hailed the “common sense” changes to the Clean Water Act that they say will no longer cover the intermittent streams and wetlands that meant “constant litigation and uncertainty” for landowners. The new rule will apply only to linked, free-flowing waterways.

“Thanks to our new rule, our nation’s farmers, ranchers, developers, manufacturers and other landowners can finally refocus on providing the food, shelter and other commodities that Americans rely on every day,” EPA Administrator Andrew Wheeler said Thursday during a conference call.

“Instead of spending tens of thousands of dollars on attorneys and consultants to determine whether waters on their own land fall under the control of the federal government.”

Although farmers may save legal fees under the new Navigable Waters Protection Rule, the government likely will not.

“We’ll absolutely be fighting it in court,” said Brett Hartl, government affairs director for the Center for Biological Diversity in Tucson, who said the new rule will be one of President Donald Trump’s “ugliest legacies.”

“This sickening gift to polluters will allow wetlands, streams and rivers across a vast stretch of America to be obliterated with pollution,” Hartl said in a prepared statement.

Critics said the impact will be particularly strong in Arizona and other states where a 2008 EPA study said 94% of the waterways are ephemeral and intermittent – exactly the sort of waterways that will be exempt from federal regulation under the new rule.

“Protecting the water quality and preventing those washes from just being filled in arbitrarily from people dumping into them is really important,” said Sandy Bahr, director of the Sierra Club’s Grand Canyon chapter. “That’s why we have the Clean Water Act and it has served us well. … (This) leaves most of our waters with not much in place.” 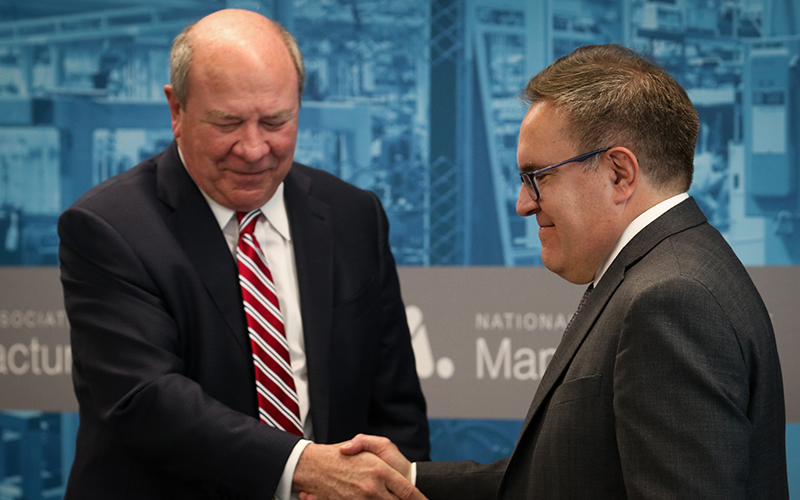 The change is the latest step in the Trump administration’s efforts to roll back the Waters of the United States rule enacted under President Barack Obama. The so-called WOTUS rule was a response to complaints by landowners that there was no clear definition of waterways that fell under the regulatory control of the EPA and the U.S. Army Corps of Engineers.

The WOTUS rule included not just the former definition – navigable waters – but added ponds, wetlands, seasonal streams and other waterways that are not always linked. It was quickly challenged and blocked in court.

Assistant Secretary of the Army for Civil Works R.D. James said he has seen the burden WOTUS imposed, both as a farmer and longtime member of the Mississippi River Commission. The new rule is “legally sound with a common-sense approach to implementation,” said James, who called it “one of the most important things that I have witnessed in my lifetime.”

“I think America will prosper and appreciate this rule once it hits the streets,” James said.

There is a 60-day public comment period before the proposal can take effect.

Bahr said that with federal regulators walking away from oversight of so much of the waters in states like Arizona, “the state does need to step up.”

The Arizona Department of Environmental Quality declined comment on the new federal rule Thursday, except to say it is reviewing the proposal to “fully understand how it impacts Arizona waterways.” But, in anticipation of the new federal rule, the state has been working for some time on a Waters of Arizona definition that is aimed to fill gaps left by the federal approach and protect state waterways through a “local control approach.”

Wheeler said federal officials had states in mind when they created their new plan. 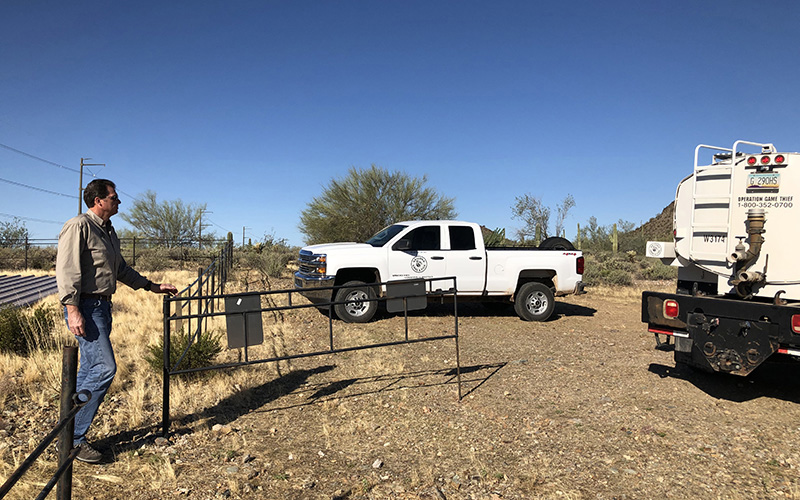 “Our new rule recognizes this relationship and strikes a proper balance between Washington, D.C., and the states, and clearly details which waters are subject to federal control under the Clean Water Act, and importantly, which waters fall solely under the state’s jurisdiction,” Wheeler said.

That approach was hailed by Rep. Paul Gosar, R-Prescott, who tweeted “good riddance” to the Obama-era WOTUS rule.

“The rule gave unprecedented power to bureaucrats in D.C. at the expense of farmers, ranchers, small business owners and all Americans,” Gosar said in a statement. “Today’s announcement will provide regulatory certainty, eliminate federal overreach and balance federal protection of our Nation’s waters while empowering state autonomy over their resources.”

But Rep. Raul Grijalva, D-Tucson, tweeted that what he called the “#DirtyWaterRule endangers the drinking water for the millions of Arizonans and other Western residents who depend on the Colorado River.” Grijalva, chairman of the House Natural Resources Committee, added that “clean water is a human right.”

Trump first ordered a repeal of WOTUS in February 2017, just over a month after taking office, and James and Wheeler signed paperwork last September to end it. The proposal has sparked months of controversy, with more than 626,000 comments posted after the administration officially proposed a change last February, and an EPA science advisory board in a draft memo criticizing one version as being proposed without a “fully supportable scientific basis” and threatening “new risks to human and environmental health.”

The Center for Biological Diversity cited 75 endangered species that could be threatened by the change, with Hartl specifically noting the yellow-billed cuckoo and the New Mexico meadow jumping mouse, both of which live near streams.

“People and wildlife need clean water to thrive. Destroying half of our nation’s streams and wetlands will be one of Trump’s ugliest legacies,” Hartl said.