PHOENIX – Anxiety among children continues to climb, contributing to rising rates of depression and mental and behavioral disorders. More than 7% of children 3 to 17 in the U.S. have been diagnosed with anxiety, which can greatly alter “the way children typically learn, behave and handle their emotions, causing distress and problems getting through the day,” according to the Centers for Disease Control and Prevention.

“How are we going to teach our kids to be more self-aware and manage their own emotions and problem solve?” asked Ashley Kronabetter, a school psychologist at Porter Elementary School in Mesa. “That, I think across the country, is becoming a bigger ordeal.”

Researchers at Arizona State University’s department of psychology created Compass for Courage to address anxiety. It’s now in use at Porter and more than 25 other schools in the state.

Compass for Courage is a youth development program using evidence-based intervention methods. Developed in collaboration with researchers and more than 150 professionals in K through 8 schools, its purpose is to prevent chronic anxiety by teaching skills using game-based resources and role playing.

Ryan Stoll, the co-creator of Compass for Courage, believes that being able to identify anxiety provoking situations can help reduce anxiousness.

“You have the power to reduce that anxiety, so you can thrive in anything that you do,” he said.

The program focuses on generating scientific knowledge of courage, fear, and anxiety in children and adolescents.

Diana Diaz-Harrison, founder and executive director at Arizona Autism Charter Schools, said she started her business because she was inspired by her son, who was diagnosed with autism at 2. She struggled to find an appropriate school for her son, who also suffers from anxiety.

Diaz-Harrison said that working with your child’s school can help minimize disruptive behavior.

“Your child might need a certain type of accommodation or structure, and to not be ashamed because everyone has needs,” she said.

The creators of Compass for Courage focus on identifying factors responsible for the developmental course of anxiety in youth. They work on repackaging interventions into simpler and less intensive interventions that are community focused. They also work on developing mechanism-target intervention programs to reduce mental health problems and promote positive development in young people.

From making friends, social media and other daily stressors, the pressure on adolescence is at an all-time high. According to some experts across the Valley, the need for effective resources continues to be in demand for today’s youth.

“Anxiety is a normal emotion that sometimes just gets out of control and becomes chronic,” Stoll said.

According to the CDC, depression and anxiety in young people have been on the rise for more than a decade. 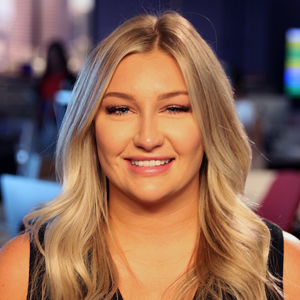