The Food and Drug Adninistration said last week that it was increasing the age to buy tobacco products to 21, just days after that language was inserted in to the fiscal 2020 budget. One Phoenix merchant called it “middle of the night” tactic. (Photo by Greg Jordan/Creative Commons)

WASHINGTON – Retailers and local leaders said they were “caught with their pants down” by a Food and Drug Administration announcement last week that it had raised the legal age to buy tobacco products from 18 to 21.

The higher legal age was slipped in to the final version of the fiscal 2020 budget that was passed by Congress this month and signed by President Donald Trump on Dec. 20.

That bill gave the federal government up to nine months to develop and implement regulations for enforcing the new rule, but the FDA said the higher age took effect with the president’s signature.

One Phoenix business owner said he is complying, but was not happy about what he called a “middle of the night” tactic that left no grace period to implement the new rule.

“No update, no report,” Andrew Hopkins, general manager at Ye Olde Pipe & Tobacco Shoppe in Phoenix, said of the announcement.

The FDA’s announcement – posted on its website and tweeted by Commissioner Stephen Hahn – included no details on enforcement or on specifics of the new rules, only that they “will be forthcoming,” according to Hahn.

That did little to appease Lyle Beckwith, senior vice president of government relations at the National Association of Convenience Stores, who said his members were surprised by the move.

Editors: A previous version of this story misstated the relationship in graf 10 between Altria and Juul. Altria has a 35% interest in Juul. The story here has been corrected, but clients who used earlier versions are asked to run the correction that can be found here.

“They (FDA officials) are taking the position that we should have known all along,” Beckwith said. “Clearly nobody knew this, expect for (cigarette manufacturer) Altria and FDA, because everybody was caught with their pants down.”

The tobacco-age language was inserted into the must-pass budget bill by Senate Majority Leader Mitch McConnell, R-Ky., and Sen. Tim Kaine, D-Va., two tobacco-state senators who touted it as a measure to reduce youth smoking and limit long-term addiction.

It did have the support of companies like Juul and Altria, which called it “a significant step that addresses the number one way kids get tobacco products today,” according to a statement from Altria spokesman George Parman. Altria has a 35% interest in e-cigarette manufacturer Juul.

As many as 6.2 million U.S. middle and high school students used some type of tobacco product in 2019, according to a report from the Centers for Disease Control and Prevention.

The Truth Initiative, citing CDC data from 2017, said 7.1% of high school students in Arizona smoked at least once a month in that year, 4.6% used chewing tobacco and 5.5% smoked cigars, all slightly below the national averages. But Arizona high schoolers exceeded the national average for vaping, with 16.1% in the state reporting e-cigarette use compared to 13.2% nationally.

Parman said that with the new rule, “No high school student should be able to purchase tobacco products legally.” 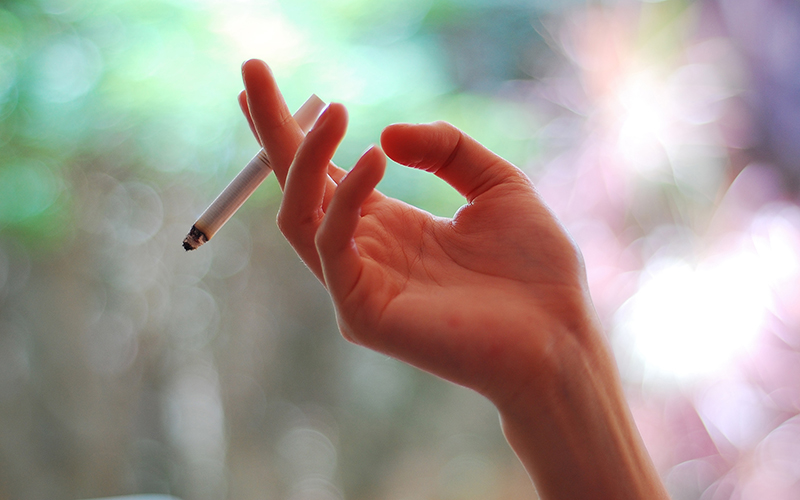 Arizona was one of 31 states where the age to buy tobacco products was 18, although five cities had raised the age to 21. (Photo by Jose Roco/Creative Commons)

Most retailers said that they agree with the goal of the higher age, but pushed back against the way it was passed, “in the middle of the night tucked it into a bill, a spending bill,” said Hopkins. “It’s not like there’s a ton of ways to try and fight the budget bill.”

Lindsey Stroud, state government relations manager for the Heartland Institute, said the lack of details has left attorneys general in some states grappling with how to enforce the new rule.

“What I understand right now is that the federal government is actually going and enforcing compliance and there’s some states that are choosing not to,” Stroud said. “Montana and Wyoming still have not increased their age to tobacco 21.”

Beckwith said the “immediacy” of the announcement will cause problems for retailers and consumers alike.

“Everyone has to be retrained again because … this law was not grandfathered,” he said. “We’ve got 18- and 19- and 20-year-olds who yesterday were legal consumers, who today are not.”

Teen tobacco use down, but e-cig use draws health officials' concerns

Arizona Chamber of Commerce spokesperson Garrick Taylor said the uncertainty is not good for businesses.

“What becomes difficult for retailers or consumers alike is when a patchwork of laws develops and it makes doing business in a particular area just more complicated than it needs to be,” Taylor said.

Arizona Attorney General Mark Brnovich’s office said Monday that “reducing youth access to tobacco has been a priority for this administration,” but that it is still reviewing the new law in an effort to determine how it will affect the state.

Arizona was one of 31 states where the legal age to buy tobacco was 18, although the cities of Tucson, Flagstaff, Goodyear, Douglas and Cottonwood had raised the age to 21, according to the Campaign for Tobacco-Free Kids.

Despite the suddenness of the new rule, Beckwith said retailers will live by it.

“We don’t decide what the age should be, we just abide by the law, whatever it is,” he said.