Migrant workers harvest cauliflower in Washington. The House is considering a bipartisan bill that would increase the number of H-2A visas for farmworkers while setting pay rates and making it easier for them to get permanent legal resident status in the U.S. (Photo by Andrew A. Reding/Creative Commons)

WASHINGTON – A House committee gave preliminary approval Thursday to a bill that would add 20,000 farmworker visas and let some workers apply for permanent legal residency, despite Republican concerns that it could open the door to more illegal immigration.

The 18-12 vote Thursday by the House Judiciary Committee split on party lines that reflected four hours of debate, stretched over two days, on the Farm Workforce Modernization Act.

Besides adding H-2A visas, the comprehensive bill would set wages for farmworkers, streamline the hiring process and allow up to 40,000 eligible long-term farmworkers per year to apply for green cards.

Democrats emphasized that the bipartisan bill is supported by agriculture, trade and labor organizations and will help the ever-growing needs of the agriculture industry. Its main sponsor, Rep. Zoe Lofgren, D-Calif., said she and others worked for nine months on the bill to come up with what she called a “balanced solution to a complex problem.”

Rep. Greg Stanton, D-Phoenix, said the bill will “improve the H-2A program to make it easier for Arizona farmers to effectively meet their workforce needs.”

“In my home state Arizona, especially in Yuma, the H-2A program has been the difference between leaving crops in the ground and farmers making ends meet,” he said during debate Wednesday. 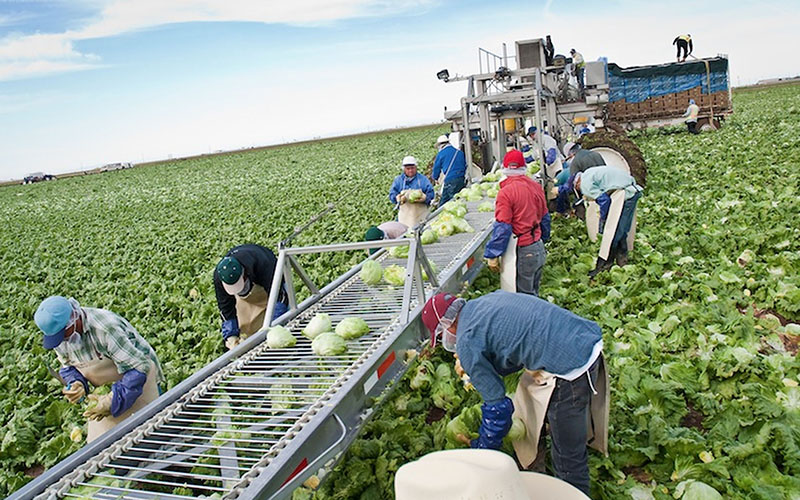 But Republicans said that in its push to solve the problem of farmworker shortages, the bill creates loopholes that will be taken advantage by immigrants.

“The bill we are considering today allows an individual who committed immigration fraud or who falsely represented themselves as a U.S. citizen on a Form I-9 to still be eligible to apply for a certified agricultural worker status,” Rep. Debbie Lesko, R-Peoria, said Wednesday.

Both sides agree that American farmers are in desperate need of more foreign workers, despite regular increases in the number of H-2A visas issued for seasonal agricultural workers. The Labor Department issued 242,762 such visas in fiscal 2018 and 257,667 in fiscal 2019 – about 9,000 fewer than the number requested each year.

More than 300 trade and labor groups, including at least four Arizona-based agricultural organizations, wrote a letter in support of the bill this week and urged the House to pass it in order to “continue producing an abundant, safe, and affordable food supply.”

But not everyone is fully on board. Republicans made sure to point out that the American Farm Bureau is opposed to the bill.

Arizona Farm Bureau President Stefanie Smallhouse said she agrees with that part of the bill that would let temporary workers adjust their residency status, but said the bill presents other problems.

“The wage structure is very complicated and unsustainable,” Smallhouse said Thursday. “The other issue is that it opens up farmer ranch families to frivolous-type lawsuits and that’s not something we can support.”

Smallhouse said the number of extra visas the bill provides would not be enough to fill all the farmworker jobs in Arizona, let alone nationwide, where she said the agriculture industry could use another 500,000 workers.

“There’s nothing to address the problem in the future and so that’s one of the biggest issues,” Smallhouse said. “We need to have a continuing flow of legal visa programs, not just a Band-Aid.” 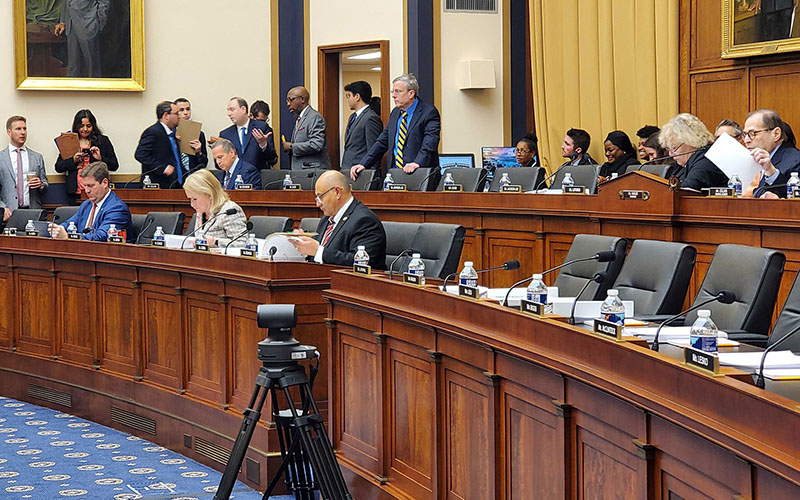 Farmworker Justice, one of the groups that helped negotiate the bill, agreed that it isn’t perfect but it’s an important first step toward a secure and stable farm labor force – in part by giving workers additional legal protections.

“Removing the threat of immigration enforcement would reduce the stress on farmworker families and the disruptions of farming businesses,” the group said in a statement Thursday. “Legal status would help farmworkers improve their wages and working conditions.”

But critics said that even if the bill gets out of the three other committees that have to approve it and is passed by the full House, it is as good as dead in the GOP-controlled Senate.

“The bill allows aliens with multiple DUI convictions and charges to get amnesty,” said Rep. Doug Collins, R-Ga. “It forgives Social Security fraud and rewards aliens who engage in such fraud with a path to U.S. citizenship.”

But Stanton said the bill would be a boon to farmers in Arizona, who bring $23 billion a year to the state.

“It’s a really good balance bill that fulfills the needs of the agricultural industry,” Stanton said after Thursday’s vote. “It’s good for business in Arizona and it’s fair because it does allow people in the agriculture industry the opportunity to earn legal status.”