PHOENIX – Food insecurity – not having regular access to affordable, nutritious food – is a national problem, but it has dropped in Arizona over the past few years and now is at the lowest level in a decade, according to a federal report.

Nearly 15% of Arizona households were considered food insecure four years ago. But a report last year from the U.S. Department of Agriculture says that figure has dropped to 12.4%.

“It is one of those issues we can never give up on,” said Julie Murphree, a spokeswoman for the Arizona Farm Bureau.

Elena Sánchez says she, her husband and their nine children dealt with the financial hardships that can lead to hunger. The family lives in a two-bedroom trailer.

“We didn’t have money to pay the bills and the rent. Sometimes we didn’t have food,” Sánchez said in Spanish. 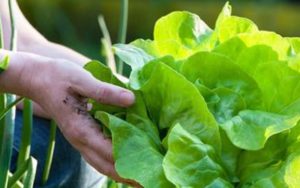 Food insecurity often correlates to where someone lives. The federal government classifies a food desert as low accessibility to nearby grocery stores that offer fresh produce and other nutritious options. Food swamps are considered areas with an abundance of cheap and unhealthy fast food restaurants and convenience stores.

Low-income families struggle to manage their diet and get the proper nutrients, according to Sonia Vega-López, a professor of nutrition at Arizona State University.

“They may be consuming the foods that are cheaper and more readily available but not necessarily good sources of nutrients or high quality foods or proteins,” she said.

Robert Smook, a spokesman for the Arizona Department of Agriculture, said the Hunger Advisory Council developed a nine-point plan in 2017 to increase Arizonans’ economic security and make food more accessible, including such solutions as community gardens and food banks.

“One in four children – over 400,000 in the state of Arizona – don’t know where that next meal is coming from,” said Jerry Brown, spokesperson for St. Mary’s Food Bank. It distributes about 250,000 meals a day, but it can’t always supply families with the three daily meals they need, Brown said.

Elena Sánchez’s family was fortunate. Her husband now has a job. They’re able to fix up their trailer. And they now have money for food, Sánchez said.

“Now, thanks to God, little by little, we are getting up.” 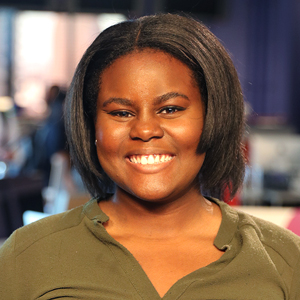