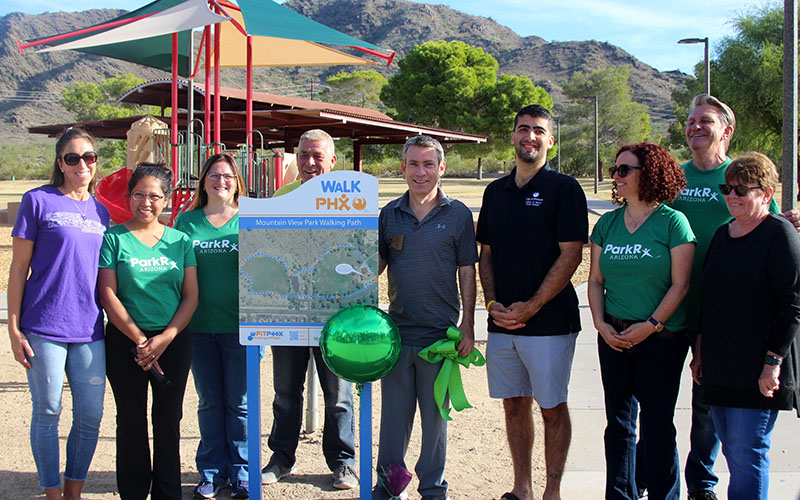 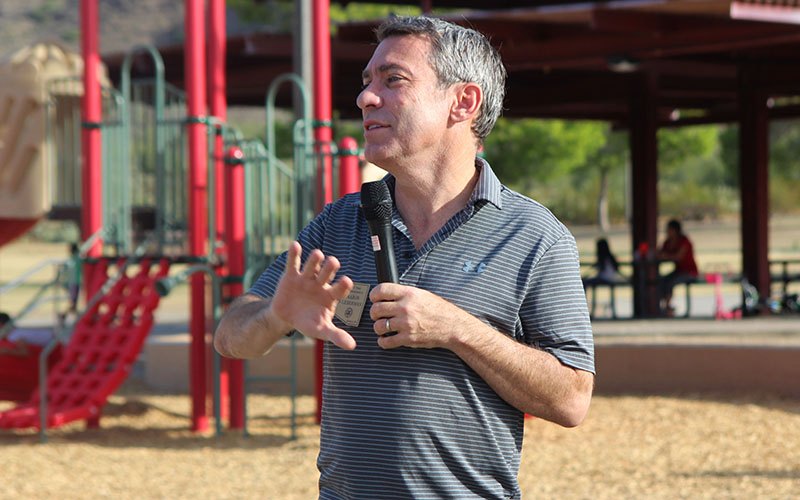 “What we don’t have enough of are community spaces that bring us together,” says state Rep. Aaron Lieberman, D-Phoenix. (Photo by Annika Tomlin/Cronkite News) 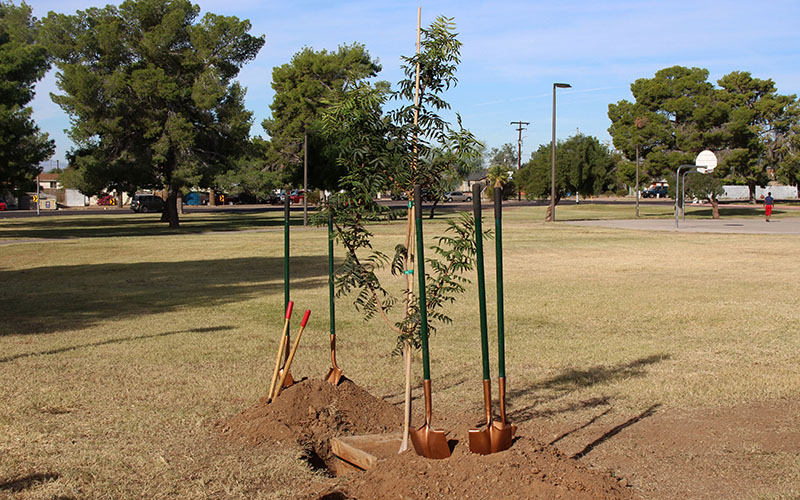 A newly planted tree at Mountain View Park in Sunnyslope is part of the ParkRx initiative to encourage people to spend more time outdoors. (Photo by Annika Tomlin/Cronkite News) 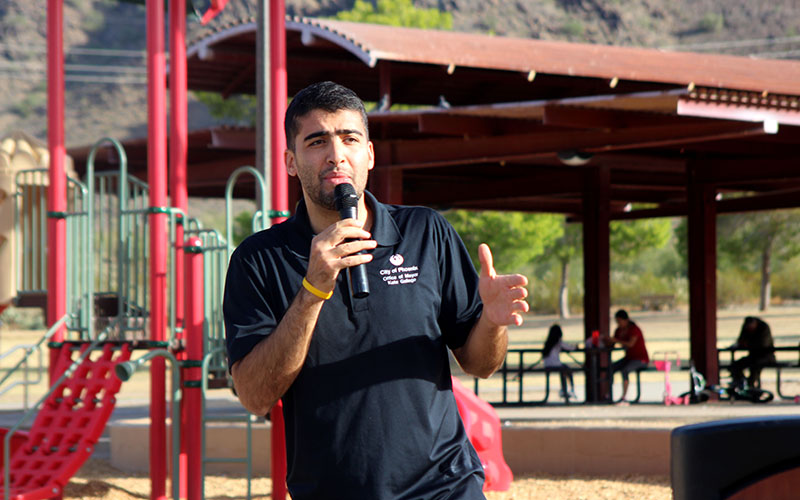 “It’s amazing to me that the fifth-largest city in the United States, the fastest-growing city in the U.S., has so many parks,” said Cepand Alizadeh, director of community relations for Phoenix Mayor Kate Gallego. (Photo by Annika Tomlin/Cronkite News)

PHOENIX – Is laughter really the best medicine, or could nature be the cure for what ails you?

According to a new initiative in Phoenix, a healthier lifestyle can be a walk in the park – literally.

Participants’ blood pressure, behavior and mental health will be tracked to determine whether park time improves their health in some measurable way. The program could eventually be expanded to include others.

Arizona Community Tree Council officials also will work with Phoenix Parks and Recreation, the city’s Neighborhood Services Department, the Nature Conservancy and other groups to identify park improvements that could encourage people to spend more time outside, including planting more trees, adding benches and improving accessibility.

Liza Oz-Golden, community health planner at the Maricopa County Department of Public Health, was a driving force behind the initiative after learning about a similar effort in Tucson.

“It can address infrastructure in parks to reduce barriers that keep people from using these parks,” she said. “Being outdoors not only helps our health and mood, it builds a strong sense of community.”

Editors: A previous version of this story misidentified some of the participating parks in the fifth graf. The correct parks include Phoenix’s Mountain View, Norton and Sunnyslope parks, as well as El Prado Park. The story here has been corrected, but clients who used earlier versions of this story are asked to run the correction that can be found here.

ParkRx started in 2013, when the Institute at the Golden Gate in San Francisco and the National Recreation and Parks Association met with health care practitioners to discuss the effects of prescribing nature to improve mental health.

Inspired by the concept, the associations and providers committed their support to the Park Prescription Movement and developed the National ParkRx Initiative, with a goal of engaging communities across the country.

ParkRx and Vitalyst Health Foundation partnered to host a kickoff event Nov. 9 at Mountain View Park in Sunnyslope. Community members showed off a new sign that tracks the park’s walking path, planted a tree and, of course, took a stroll together.

“There has been a revitalization going on throughout Sunnyslope, and it’s amazing to see the energy in this neighborhood right now that’s stemming from neighbors reconnecting with each other and with the parks,” said state Rep. Aaron Lieberman, D-Phoenix.

Cepand Alizadeh, director of community relations for Mayor Kate Gallego, said the event “shows the power of community and shows what we can accomplish when we all work together.”

Phoenix-based Vitalyst Health Foundation has invested more than $100 million in Arizona health initiatives, according to its website. The Arizona Community Tree Council, based in Gilbert, encourages green spaces to bring communities together.