Arizona got a grade of C+ on a new national report card by the March of Dimes on preterm births. The rate inched up to 9.5% in the state in 2018, but that was still better than the U.S. average of 10%. (Photo by Johnathan D. Anderson/Creative Commons) 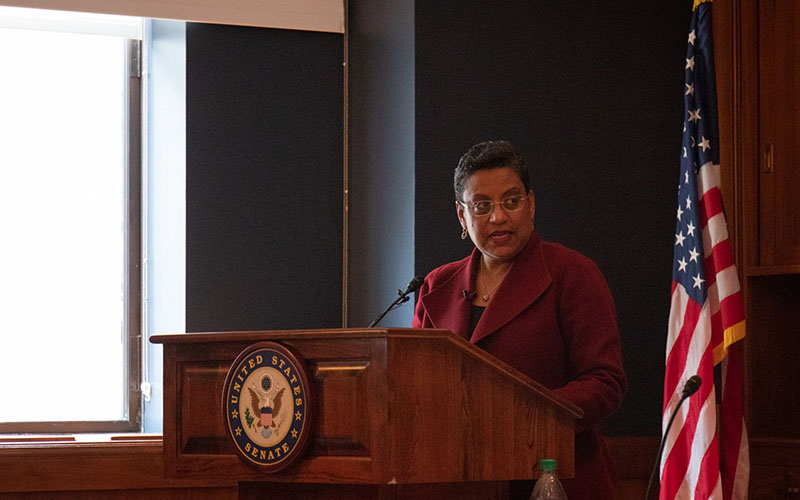 The March of Dimes’ Stacey Stewart said Arizona’s preterm birth rates will be helped by a law requiring a review of maternal mortality reporting protocols and by the state’s Medicaid expansion. (Photo by Kailey Broussard/Cronkite News) 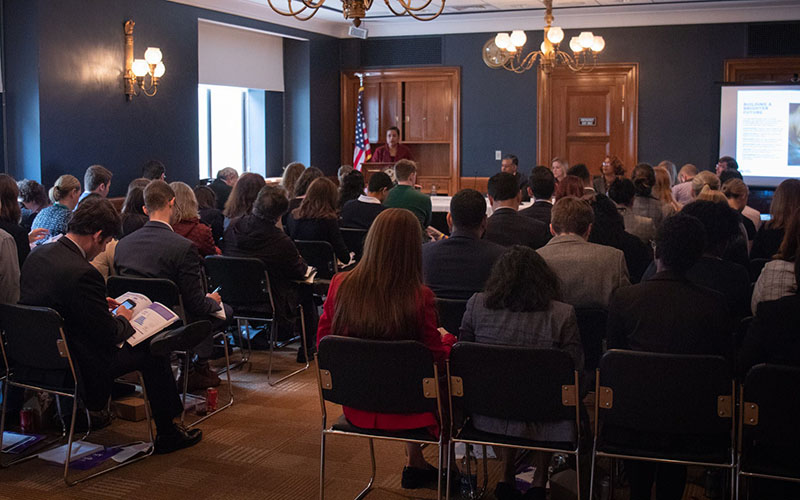 The March of Dimes’ 2019 report card on preterm birth showed slight increases in Arizona and the nation. Despite recent increases, however, Arizona’s rate is down significantly from 2008. (Photo by Kailey Broussard/Cronkite News)

WASHINGTON – Rising rates of preterm births in 30 states – Arizona included – are a sign that health care providers are “failing our many mothers and babies,” maternal and infant health advocates said Thursday.

Their comments came as the March of Dimes released its 2019 report card that showed a slight increase in the number of Arizona babies born too soon, from 9.3% in 2017 to 9.5% in 2018. That was still better than the national average, which also inched up last year to just over 10% of babies in the U.S. born preterm.

Arizona is one of 11 states to earn a “C+” on the report card released this week for its overall performance. But it is also one of the states where the gap between the overall preterm birth rate and rates for racial and ethnic groups was wider than the national average.

Breann Westmore, government affairs and advocacy director for March of Dimes in Arizona, said her chapter realizes there is work to be
done, but she is still “extremely proud” of the state’s improvements in recent years. Preterm births have fallen from 10.2% in 2008.

“I want to make it clear: We understand there’s still a problem,” Westmore said. “It’s not that we think getting a C is really exciting. We definitely are excited about the changes we see that will impact making that grade better.”

Among the changes helping Arizona’s standings is a recently passed health reporting law and the state’s expansion of Medicaid, said Stacey Stewart, March of Dimes president and CEO. The law requires the state Department of Health Services to review maternal mortality reporting protocol and recommend changes.

Although Stewart said both factors are promising signs, it is still on states such as Arizona to meet the rest of mothers’ and infants’ needs.

“The fact of the matter is that we as a country are just not doing well by moms and babies,” Stewart said. “That’s why we consider this to be the most dangerous developed nation to give birth.”

The report considers any birth before 37 weeks of gestation a preterm birth, which it said can lead to long-term health problems and even infant death. But while preterm birth rate in Arizona was 9.3% in 2017, the Centers for Disease Control and Prevention said that there wer just 5.7 infant deaths per 1,000 live births that year – or an infant mortality rate of 0.57%.

The report found that preterm birth rates worsened in Maricopa, Mojave, Pima and Pinal counties, while improving in Yavapai and Yuma counties. Black and Native American mothers in the state saw the highest rates of preterm births.

Westmore said the state chapter has been focused no reviewing morbidity data and working with partner organizations to address implicit biases in care provided to mothers.

A state law signed in April established a 13-member committee to recommend enhancements for data collection and reporting for the Arizona Maternal Mortality Review, as well as release a report on maternal deaths in the state. That report is due to the state legislature at the end of the year, according to Gov. Doug Ducey’s website.

The state also received a $10.5 million grant from the U.S. Department of Health and Human Services to improve health outcomes for all women in the state.

Arizona’s March of Dimes organization and partners such as the Department of Health Services and the Public Health Association are also exploring ways to reduce toxic stress among expectant mothers, which may contribute to higher rates of complications during and after pregnancy.

“We are not surprised by the grade because we’re constantly looking at and evaluating the data,” Westmore said. “We know the progress we have made here.”

Six states and Puerto Rico got an “F” on the March of Dimes report card. Oregon had the lowest preterm birth rate, at 7.8%, while Mississippi saw the highest rates, at 14.2%.

The March of Dimes aims to lower the national preterm birth rate to 8.1% by next year to curb the leading cause of infant death in the U.S. The organization has asked that states extend comprehensive Medicaid coverage for all women to at least one year after birth; establish mortality review committees; and offer group prenatal care enhanced reimbursements.